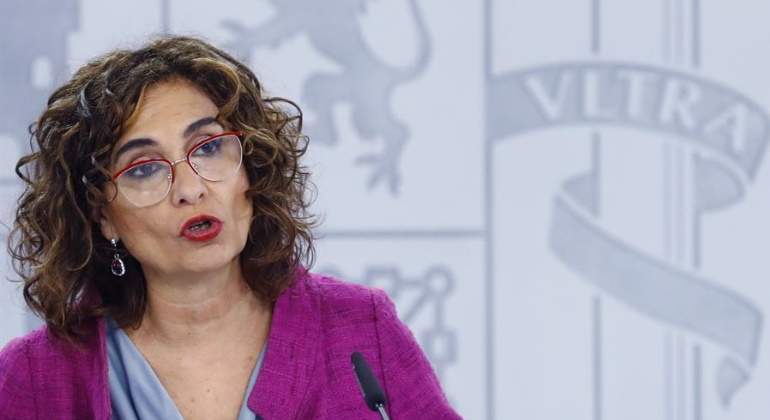 The end of several toll road concessions on September 1 will have a direct effect on public budgets to be able to meet their maintenance costs.

The Minister of Finance, María Jesús Montero, assured yesterday that the Government is studying that it be financed by means of a formula whereby this payment is generalized, instead of by the use of some section of the infrastructures, as is the case with the model of the tolls.

The Minister of Finance defended the decision of the Executive of Pedro Sánchez not to renew the concessions of the current tolls. “It is regressive that only a part of citizens pay to use a stretch of road,” Montero said in an interview with RNE to justify the end of a system that he described as a “great offense” in some areas of Spain.

For Montero, “it is much more progressive that each one contributes a small part, not that a volume of people who necessarily have to travel on a highway have to be the ones who pay.” The new model that the Government intends to approve before the end of this legislature for the highways will follow that line, according to the minister. That is to say, that the payment is generalized although of a lower amount than in the case of tolls on motorways with barriers.

Although he did not reveal more details when he pointed out that the Minister of Transport should be the one to lead the negotiations to fix the system, he added that the new model must be in line with those in force in other European countries. “It is about reaching a sustainable model over time, where the roads have an adequate investment,” he explained.

Increased spending on high-capacity roads that comes precisely after the Pedro Sánchez Government made a commitment with the European Commission to reduce the deficit generated by the maintenance of the Spanish network. A proposal that rekindled the controversy over the application of tolls on the highways, whether direct or indirect.

Fiscal battle with Ayuso
The socialist minister was very critical of the latest measure announced by the president of the Community of Madrid, Isabel Díaz Ayuso, to abolish the two current taxes in her region. According to Montero, more than the effects on public coffers, “what may worry about this proposal is that fiscal populism is being exercised.”

According to the head of the Treasury, Ayuso seems to have “taken that flag” and compared his position with that of the nationalist parties. “We have to stay away from speeches that have been featured lately from the Community of Madrid similar to” Spain steals from us “, which reminds us of a kind of nationalism that is not desired, because Madrilenians have always structured Spain.”

Montero assured that the Community of Madrid has achieved the highest financing in its history with the current Government, with 16,000 million euros, compared to the 3 million that it will stop collecting with the measure announced by the Madrid president.

Metal Businessmen And Unions Warn Of The Lack Of Supply Of...