HomeNewsAirlines Must Reforest Spain 20 Times By 2050 To Reduce Emissions To... 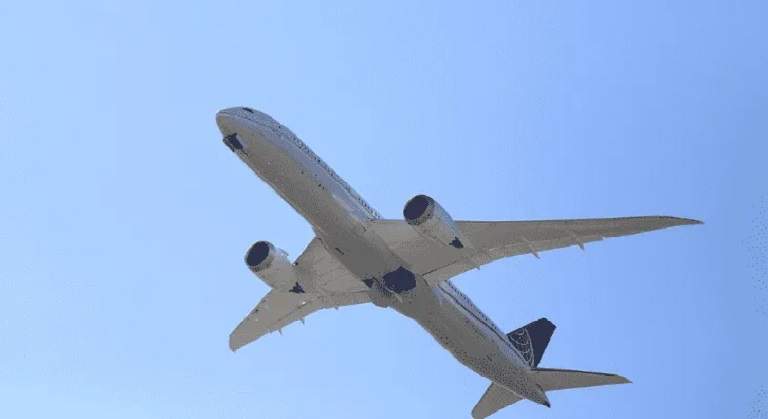 This Monday the Annual General Assembly of the International Air Transport Association (IATA) approved a resolution to achieve zero net emissions of carbon dioxide (CO2) in the next 30 years. From today until 2050, the net zero emissions commitment of the aviation sector states that a cumulative total of 21.2 billion tons of CO2 will have to be reduced.

The final objective, taking into account that through these compensations it is only contemplated to cover 8% of the total, it would imply the planting of more than 897.5 million hectares in the next three decades, which would correspond to reforesting the surface of Spain twenty times. .

The only company that has put numbers to the operation has been Delta: mitigating 13 million tons of carbon dioxide emissions would require planting almost 6.88 million hectares (17 million acres). If we extrapolate these figures to the IATA objectives, the airlines would need to plant some 76 million hectares, or what is the same, a Spain and a half of trees in just one year to comply with their decarbonisation strategy .

A practical example is provided by the association’s director, Willie Walsh . To meet the needs of the ten billion people expected to fly in 2050, it would be necessary to mitigate at least 1.8 billion tons of carbon that year alone, of which 8% (a total of 144 million tons) could be compensate with tree planting.

In addition to covering 8% with offsets, the IATA plan contemplates a potential scenario in which 65% of the target will be reduced through sustainable aviation fuels . On the other hand, new propulsion technology, such as hydrogen, is expected to take care of another 13%. Efficiency improvements will be an additional 3%. The rest, which would be 11% in total, could be achieved through carbon capture and storage.

The resolution of the Annual General Meeting of the employer requires that all interested parties in the industry commit to the urgent treatment of environmental impact through their policies, products and activities with concrete actions and clear deadlines, among which are; fuel companies that bring sustainable aviation fuels (SAF) to the market on a large scale and at competitive costs; governments and air navigation service providers (ANSP) to eliminate inefficiencies in infrastructureairspace and air traffic management; aircraft and engine manufacturers producing radically more efficient airframe and propulsion technologies; and airport operators that provide the infrastructure necessary to supply SAF, at cost and profitably.

The energy transition required to achieve net zero must be supported by a comprehensive policy framework focused on creating cost-effective solutions, especially in the area of ​​SAF . Technology exists, but it is necessary to incentivize production to increase supply and reduce costs.

The resolution urges governments, through the International Civil Aviation Organization (ICAO), to agree on a long-term goal equivalent to the industry’s net zero commitment by 2050. In line with the net zero emissions strategy of CO2 in 2050 in the long term to manage the impact of aviation climate change, the resolution also asks governments to support the Compensation Systemand Carbon Reduction for International Aviation (Corsia) and the coordination and harmonization of policy measures at all levels.

“Governments must be active partners to achieve net zero by 2050,” Walsh explained. According to the IATA director, like all other successful energy transitions, government policies have set the course and paved the way for success. If not, the investment costs and risks are too high. “

Reducing carbon must be in the spotlight , limiting flights with retrograde and punitive taxes only punishes investment and limits flying to the rich.” So far, the association claims that it has not seen an environmental tax that actually funds carbon reduction initiatives. “Incentives have proven to be the way to go, they solve the problem, create jobs and increase prosperity.”

The technological lag
In this way, airlines are under pressure to move rapidly towards reducing emissions, even though cutting-edge technology, such as hydrogen-powered aircraft , is years away.

While automakers and the energy industry have made tangible progress in going greener, long aviation development timelines and safety prerogatives make change much slower. Some companies have pledged to move faster, but the alternatives are limited: so-called sustainable aviation fuel is expensive and still in short supply, while the purchase of carbon offsets has been criticized for its ineffectiveness. In fact, Lufhtansa faced some criticismby Chinese airlines, which have committed to achieving net zero emissions by 2060.

Saudi Arabian Airlines CEO Ibrahim Al-Omar also said that efforts to address the aviation industry’s carbon footprint “should not focus solely on so-called sustainable technologies.” China Southern Airlines , for its part, proposed an amendment to take into account the different national calendars, but did not get enough support.

However, IATA has recognized that individual airlines can ultimately set their own goals. So much so that IAG, Delta Air Lines and United Airlines have already made zero emission commitments. Likewise, JetBlue Airways, whose CEO, Robin Hayes, is the current chairman of the employer’s board of directors, has set a goal of 2040.

Before the pandemic, the global aviation sector caused about 2% of all CO2 emissions . The temporary decline, although steep due to people staying home, is unlikely to have a real impact on climate change because the gas remains in the atmosphere for hundreds of years. Airlines are also under pressure to recover from the crisis.

“If the industry is finally ready to tackle its emissions, it should support European Green Deal policies, which aim to put an effective price on pollution and deploy cleaner aviation fuel,” said Jo Dardenne, Head of aviation of the Brussels-based non-profit organization Transport & Environment.

Decarbonization
The European Commission advocates for a climate-neutral Europe by 2050. On November 28, 2018, the Commission presented its long-term strategic vision which, as defined, leads to a “prosperous, modern, competitive and neutral economy from the point of view of view of the climate between now and 2050 “.

Following the invitations issued by the European Parliament and the European Council, the Commission’s vision for a climate-neutral future encompasses virtually all EU policies and is in line with the Paris Agreement objective of sustaining the rise in global temperature well below 2 ° C and to continue efforts to keep it at 1.5 ° C.

In the case of Spain, after the public information period closed on September 30, the Council of Ministers, at the proposal of the Ministry for the Ecological Transition, approved the Long-Term Strategy for a Modern, Competitive and Climate-Neutral Spanish Economy in 2050 (ELP 2050). This roadmap will guide Spain in the decarbonization of the economy in order to achieve climate neutrality before 2050 and comply with its commitments as a member of the European Union and the Paris Agreement.

As reflected in the document provided by the Executive, the ELP will allow Spain to reduce its greenhouse gas (GHG) emissions90% compared to 1990 before 2050. The remaining 10% of GHG emissions will be absorbed by carbon sinks. This strategic document also shows the multiple opportunities for job creation and economic growth based on technology and available scientific-technical knowledge.

Among the different objectives of the ELP 2050, the following stand out; place the set of renewable energies over final energy by 97% , reducing primary and final energy consumption by around 50% from 2020 to 2050; make the electricity sector 100% renewable; reduce energy dependence abroad from 73% to 13%, resulting in savings of 344,000 million euros in imports of fossil fuels; electrify more than 50% of the economy by installing around 250 GW of renewable power; and mitigate and promote carbon sinks that will make it possible to achieve climate neutrality.

Buying Guide: Shipping Boxes and Packing Materials for All Your Packages