Will Southern Europe Be A New Japan 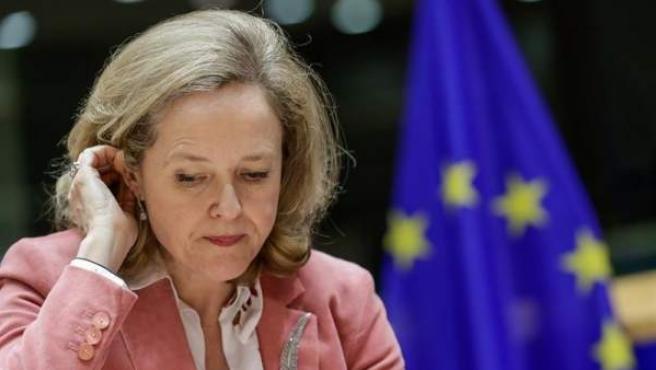 The public debt of the member countries of the European Union began to skyrocket with the recession that began in 2008 and the pandemic has caused it to definitely skyrocket. Spending to contain the virus and public aid to the private sector have brought debt to unknown levels, and some experts wonder if Europe – and especially the countries of the South – should assume that the only way to sustain their finances is keep the debt skyrocketing for many years, almost chronically, as happens, for example, in Japan.

The Japanese country is the most indebted in the world, with 238% of GDP in 2019 , but at the same time it is a reference when it comes to the Welfare State.

The EU has fiscal rules (60% debt and 3% deficit maximum) that are now suspended until at least 2022 and calls for reform of the conditions are growing . And it is that in the last ten years almost nobody has fulfilled the debt and deficit percentages established by the Pact. Regarding the budget balance, Germany complied between 2011 and 2019: Italy, from 2014 to 2019 and France did so in 2017, 2018 and 2019, just before this crisis

In the case of debt, only Germany complied with the limits and it only did so once, in 2019, when it stayed at 59.7%. In the rest of the neighboring countries, the debt has never been below 60% in the last ten years.

The ECB warns of the increase in bankrupt companies and places Spain among the countries most affected by the pandemic
Other Member States, such as Spain or Greece (which in 2020 reached 205.2% of debt), not only have not been within the margins but they have also shot up their deficit and debt figures. Spain, for example, closed last year with a debt of 120% and a deficit close to 11%.

Japan has become the paradigm of how to live with a very high debt, and on the opposite side is Argentina, which despite having a lower debt level than many European countries (103% in 2020, for example), has been for years unable to hold it . In fact, President Alberto Fernández has had to negotiate a refinancing of the same with the IMF, because the conditions signed by his predecessor, Mauricio Macri, no longer worked.

It is necessary to assume the levels triggered after the crisis
And then, do we have to accept that there will be countries in Europe that live with skyrocketing debt levels in the coming years? Roy Cobby , digital economy researcher at King’s College London, Ángeles Baeza , professor of Finance at the University of Granada, and Rafael Pampillón , professor at IE Business School analyze the upcoming scenario for 20 minutes .

Cobby explains that the case of Japan is “paradoxical” and that it has been able to maintain such a high debt “for three reasons”: on the one hand, he comments, “the historic drop in debt interest rates, which are negative in the short term. term ” . To this must also be added “the impact on public spending on its aging population” and, finally, “the substantial increase in taxes.”

The expert recalls that, in addition, his central bank has been in charge of “printing money” through “massive purchases of public debt from the same government , private debt and various types of promissory notes.”

Baeza explains, for his part, that in Europe “since 2007 public debt has not stopped growing” and at this point “the only thing we can do is assume that we will live with very high levels for many years .” Japan, however, has an asset in its favor that EU countries cannot count on: Japan’s debt is mainly in the hands of national investors and its own central bank, which is why it is barely listed on international markets.

Excess working hours causes 745,000 deaths a year in the world and young people are the ones who suffer the most
Pampillón clarifies that in the case of the south of the EU “nothing would happen” if the European public debt were not present in the markets . But the economist warns of a problem that exists in the Union right now:

“There is a comparative grievance between the countries of the north, which are stricter, and those of the south, which are not so strict,” so there remains the question of whether ” Germany, for example, will continue to assume without problem for the future that Spain or Italy have very high levels “, something that is already happening. Pampillón states that the high debt figures “are worrying insofar as not all [EU] countries have the same debt.”

Baeza sees one of the keys to “sustaining” that level of debt in which “reforms are made so that the GDP grows, the State’s collection increases through taxes and the annual public deficit is reduced .” To achieve this, he adds, “the recovery plan has to focus on projects that create value” and lead to “the growth of the economy.”

For Cobby, “the action of the ECB and European governments to ignore the debt problem has been logical : reducing public spending after a pandemic and an unprecedented crisis would be economic suicide.” In any case, he adds, agreeing with Baeza, that “the Japanese lesson, in short, is that developed countries can accumulate more debt than expected” as long as “interest rates remain low.”

Of course, the analyst launches a warning: “Given the multiple challenges we face, it would be unwise not to complement the monetary action of the European Central Bank with a common fiscal policy at the level of the needs of Europeans.”

5 Primary Factors To Keep In Mind For Your WebRTC Project