HomeNewsWho Is Behind Oasiz Madrid, New Shopping Center That Will Revolutionize Madrid

Who Is Behind Oasiz Madrid, New Shopping Center That Will Revolutionize Madrid 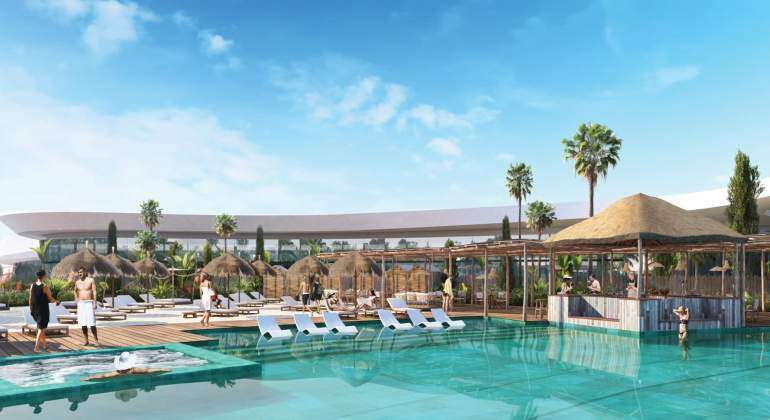 In just one month, Spanish leisure will have a new flagship implanted in the capital. Under the name of Oasiz Madrid and located in Torrejón de Ardoz, the last macro shopping center will offer a wide range of activities, shops and restaurants ranging from beach bars in the middle of spaces of lakes and palm trees to climbing complexes and zip lines. All under the idea of ​​a group specialized in real estate management and development .

More than 250,000 square meters located just 10 minutes (by car) from the center of Madrid. On October 27, Oasiz Madrid will open its doors in style to present a construction that ” escapes from what is known as a shopping center .” This is assured by its creators, who intend to establish in this complex the umpteenth modern jewel of Madrid leisure.

“The customer is not looking only for a place to shop, but for a space where they can cover all their needs and have experiences with the five senses,” Raphael Martin , president of the Phalsbourg Company in Spain, told Hiretail .

The crown jewel of the Company of Phalsbourg
Thus, under all this revolutionary idea this company is presented in style in Spain. And although this company has been operating for more than 30 years , it was founded in 1989 in France, Oasiz Madrid will be one of its great spearheads and the first stone of its Iberian expansion.

With a turnover of around 60 million euros and its own assets of more than 2,000 million euros , Compañía de Phalsbourg stands out for the creation of innovative projects , in any area, based on unique architecture. An example of this are the constructions carried out in Paris , such as The Philanthropic Laboratory or the Hotel Avenue de Saxe or in other French towns such as Nice , Lyon or Angers .

“We build almost all of our projects, which allows us to combine a very high level of quality with rigorous cost management, ” says the company itself on its official website to explain the reason for its success. To do this, it has the subsidiary IQC Asset Management that gives security to its assets, also offering its own final investor.

Some brands under which he now disembarks in Spain to create a revolutionary and groundbreaking shopping center under the architecture of Gianni Ranaulo . Oasiz Madrid will give light and shape, from the end of October, to the ideas of Journo and Compañía de Phalsbourg, in order to lay the foundations for a new form of leisure in the Madrid capital.

Get The Best Services of The House Painters in Liverpool for...