HomeNewsVox Asks That Masks Are No Longer Mandatory In Schools

Vox Asks That Masks Are No Longer Mandatory In Schools 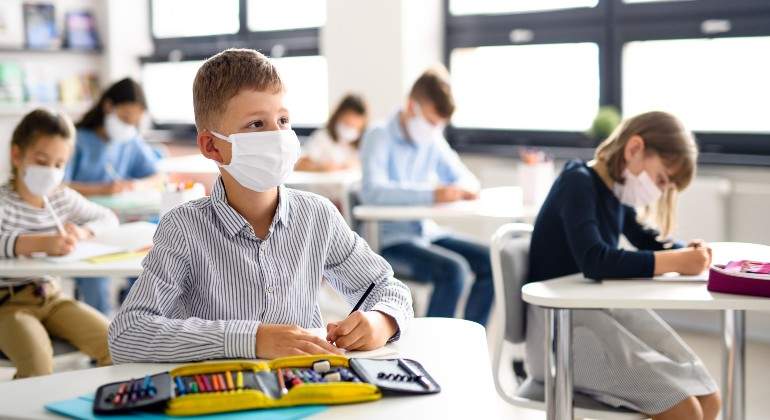 Vox asks that masks are no longer mandatory in schools for children under 12 years of age.

Vox wants masks to stop being mandatory in schools, both indoors and outdoors, for all children under 12 years of age. And it warns that its continued use in children could even be “counterproductive” for their development.

Vox will make this proposal in all the autonomous communities, competent in matters of health and education, so that the “imposition” that children over six years of age have to wear the mask in the classrooms is lifted.

“The time has come for children to make voluntary use of masks,” explained the spokesman for the Vox Political Action Committee, Jorge Buxadé, who has denounced that the Government does not have any ‘de-escalation’ plan for the use of masks in schools.

Vox believes that this measure can be adopted by putting in place adequate ventilation systems, which it has defended that could be financed with European recovery funds, and allow the use of the mask to cease to be mandatory both at recess, sports activities, and within of the classrooms.

Buxadé has also pointed out the possibility that continued use of the mask by children could be counterproductive for their development, both due to physical reactions such as dermatitis or fungi and due to its effects on children’s verbal development.

Farmaindustria rules out supply problems in its companies