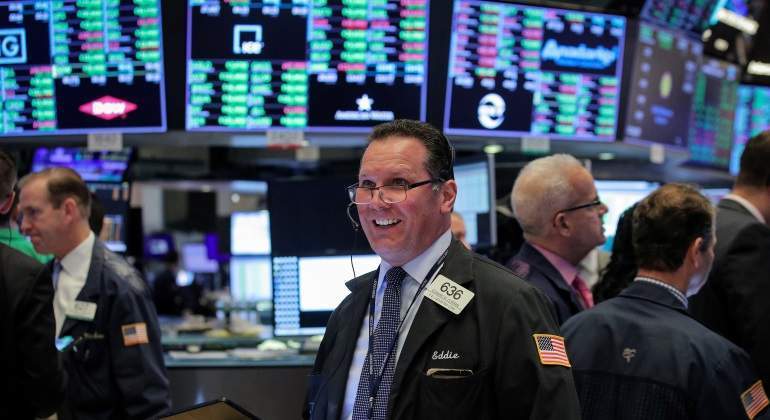 Amid the uncertainty of an economic rebound that could have peaked, a Federal Reserve divided on when to start downsizing debt purchases and on the lookout for the Delta variant, US investors are bracing for the start of a spectacular season of debt results.

At this time, the consensus projects an earnings growth rate for the S&P 500 of 63.6% during the second quarter of the year. If these expectations compiled by FactSet are met, we would be facing the biggest earnings boom since the fourth quarter of 2009 .

“Among the fundamental factors behind this solid rebound in the second quarter is the decline in the yield on the 10-year US bond below the 1.50% level, after having rebounded in the first quarter to 1.75%, to as investors begin to back down from the Federal Reserve’s outlook that the current spike in inflation would be transitory, “explains Sam Stovall of CFRA Research.

What’s more, as the economy continued to expand and the job market improved, albeit at a softer pace than expected, the S&P 500 earnings per share (EPS) growth forecasts in the second quarter rose steadily throughout the quarter. .

Proof of this is that from April to June a total of 66 S&P 500 companies issued positive earnings guidance, a record since FactSet began tracking in 2006.

These improvements are not only limited to the second quarter but also to the rest of the year. In addition, beyond the S&P 500, the analyst consensus forecasts for the aggregate earnings of the MSCI USA index companies (with 627 large and mid-caps) in 2021, 2022, and 2023 have also increased significantly over the past year. .

According to Franziska Palmas, market economist at Capital Economics, “aggregate profits are now expected to exceed their pre-pandemic level by around 20% this year and to grow by approximately 10% more in both 2022 and 2023.”

The bank opens the ban
The main US banks will be in charge of starting the earnings season next Tuesday, when both JPMorgan Chase and Goldman Sachs will be accountable .

Within the S&P 500, the financial sector accumulates a yield to date of 23.3% , boosted by the strength of the capital markets and by the constant rise in interest rates registered at the beginning of the year. Capital markets remain strong but interest rate markets have almost completely reversed the uptrend. Yields on 10-year Treasuries have fallen to 1.25%, a level last seen on February 16.

For Richard Ramsden, an analyst in this sector at Goldman Sachs, the attention among large-cap banks will be “on the growth rate of balance sheets, the normalization of capital markets, the outlook for expenses, the release of reserves and the deployment of capital “.

The financial sector has posted the third largest percentage increase in the index’s estimated earnings since the beginning of the quarter, 10.2%. As a consequence, the growth of the estimated profits of this sector has increased to 117.0%, compared to 96.9%.

Why Coffee Drinkers Love Brazilian Cerrado Coffee the Most?