HomeNewsStellantis Will Invest 30000 Million Euros Until 2025 In Electrification 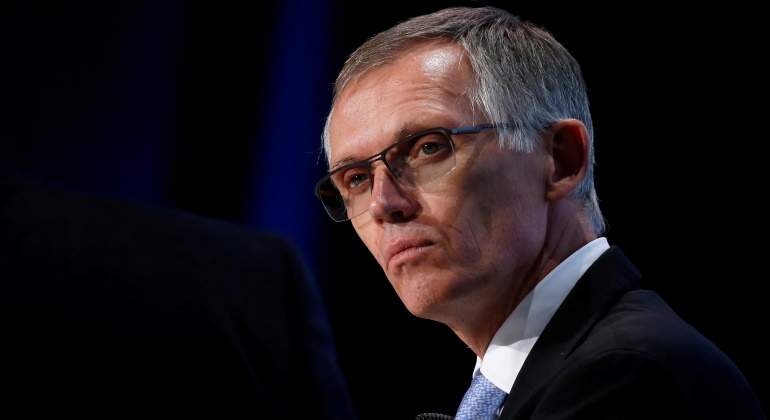 The Stellantis automotive group, the result of the merger between the PSA and FCA consortiums , today presented its electrification strategy that includes the investment of more than 30,000 million euros that will be dedicated to continuing with the electrification of the models and development of the software until 2025.

Stellantis CEO Carlos Tavares explained that “the customer is always at the heart of Stellantis and our commitment to this investment plan of more than 30,000 million euros is to offer iconic vehicles that have the performance, the capacity, the style, comfort and electric autonomy that are perfectly suited to your daily life. ”

“The strategy we present today focuses on the right amount of investment in the right technology to reach the market at the right time, ensuring that Stellantis drives freedom of movement in the most efficient, affordable and sustainable way,” said the Portuguese boss.

The Franco-Italian-American consortium aims to become the market leader for low-emission vehicles. Until 2030, Stellantis’ goal is for the sales mix of low-emission passenger cars in Europe to achieve sustained growth of more than 70%, ten percentage points above the current forecasts for the sector with respect to the market mix in general. In the US, Stellantis’s low-emission vehicle mix of passenger cars and light commercial vehicles is projected to exceed 40% by 2030.

To execute this strategy, Stellantis plans to invest more than € 30 billion through 2025 in electrification and software development, including equity investments made in joint ventures to finance its activities, while aiming to remain 30% more efficient than the industry. with respect to total Capex and R&D expenditure versus revenue.

The Stellantis group plans to increase its profits in the coming years. For this, there will be the synergy opportunities derived from the formation of Stellantis, with an annual forecast of cash synergies of more than 5,000 million euros stable, the roadmap for reducing the cost of batteries and the constant optimization of the distribution and production costs, as well as the realization of new revenue streams, especially from connected services and future software business models.

Therefore, Stellantis aims to achieve a sustainable double-digit current operating profit by 2026, making the group a benchmark for profitability in providing electrified mobility to customers around the world.

The group remains committed to growing its leadership in commercial vehicles in Europe and strengthening its position in North America, while aiming to be the world leader in commercial electric vehicles. Leveraging knowledge and embracing synergies, the commercial vehicle electrification launch will extend to all products and all regions over the next three years, including the delivery of hydrogen fuel cell-powered light commercial vehicles, which will reach end of this year.

On the other hand, the group has announced that it will have a total of five gigafactories. Europe will have a total of three, those already announced through the joint venture between PSA and Total, called Automotive Cells Company (ACC) . The gigafactories of Douvrin (France) and Kaiserslautern (Germany) are already under construction and the last will be that of Termoli (Italy), a Fiat factory dedicated to the production of engines. Likewise, the consortium will also have two gigafactories in North America.

The group’s strategy for supplying batteries for electric vehicles is to secure more than 130 gigawatt hours (GWh) of capacity by 2025 and more than 260 GWh by 2030.

According to the group’s forecasts, the idea is that by 2026 the cost of ownership of electric vehicles will be the same as internal combustion models.

In addition, all the models marketed by the German Opel brand will be completely electric from 2028.

In addition, the consortium has signed MOUs with two geothermal brine lithium process partners from North America and Europe to ensure the supply of lithium, considered the most critical battery feedstock in terms of availability, and have the ability to integrate the lithium in the supply chain once it is available.

Four new platforms
To carry out its electrification strategy, Stellantis will develop up to four different platforms. These platforms are designed with a high level of flexibility (length and width) and component sharing, offering economies of scale as each platform can support production of up to two million units per year.

The propulsion includes a range of three Electric Drive Modules (EDM) combining the engine, transmission and inverter. These EDMs are compact, flexible, and easily expandable. EDMs can be configured for front, rear, all-wheel drive, and 4xe.

The combination of platforms, EDMs and high energy density battery packs will offer vehicles with the best performance in efficiency, autonomy and recharging.

The battery packs will fit a variety of vehicle types, from batteries for small city cars to high-energy-density packs for high-powered vehicles and trucks. Two battery chemistries are planned for 2024 to meet different customer needs, a high energy density option, and a nickel- and cobalt-free alternative. In 2026 it is planned to introduce the first competitive solid-state battery technology.

As Tavares has detailed, “our path to electrification is possibly the most important piece when we began to reveal the future of Stellantis just six months after its birth, and now the company is moving at full speed to exceed all expectations of the customers and accelerate our role in redefining the way the world moves. “