HomeNewsSonatrach Prepared Since 2018 To Close The Maghreb Gas Pipeline 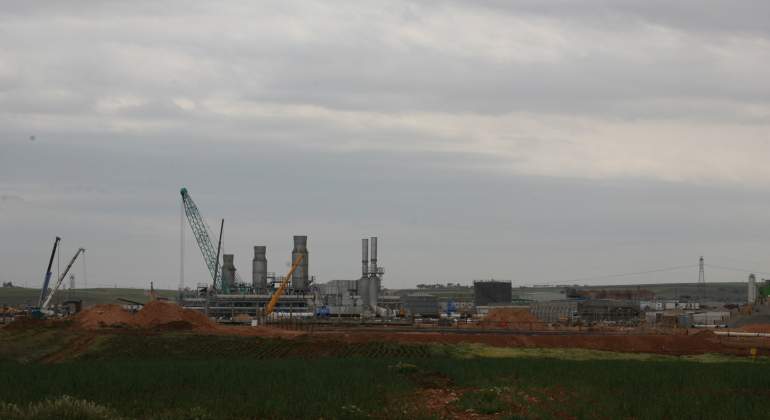 Algeria has been preparing since 2018 for the closure of the Maghreb gas pipeline. Sonatrach put into operation a connection between El Aricha and Beni Saf with the intention of diverting part of the gas that was transported through Tarifa to Medgaz, the submarine interconnection with Almería.

The Algerian company and the owners of Medgaz (Sonatrach, Naturgy and Blackrock) expected to have the expansion of this gas pipeline operational by this past September but, according to sources consulted, some problems on the Spanish side are making it difficult to put into operation of this expansion that will serve to bring this tube to reach a capacity of 10 bcm per year compared to the current 8 bcm.

Sonatrach also plans to increase Medgaz’s capacity to 16 bcm but the pipeline managers have not yet announced these investments as doubts remain about the existing demand once the interconnection between Spain and France – the so-called Midcat – was paralyzed.

Algeria claims a larger part of the pie to guarantee supply to Spain. The country has seen how in previous years its market share suffered notably due to greater gas inflows through regasification plants (mainly from the United States and Nigeria) and demands from the Spanish Government the signing of long-term contracts that give greater stability to your main source of income.

Naturgy, with 9 bcm per year, will receive almost all the gas from Algeria through Medgaz
At the moment, the company has the contract signed with Naturgy that had not been adjusted to this situation. Naturgy and Sonatrach closed in June 2018 the largest gas purchase contract that Spain has, which accounts for 30% of the country’s supply. Both companies signed the sale of 9 bcm per year until 2030 in the two contracts that are in force (Sagane 1 and 2), which represents 40% of the global supply that the Spanish gas company has signed. In other words, only Naturgy would already keep almost all the gas that comes from Algeria. According to market estimates, the contract would be valued at 34,560 million, since at market prices of the time 1 bcm was then paid at about 320 million.

Since that year, Naturgy has reduced its long-term gas purchase commitments by 36%, leaving them at 53,650 million at the end of 2020 compared to 83,630 million in 2018, after undertaking several renegotiations with its suppliers to break the contracts that entailed a expense of 94 million. The reduction in the weight of this supply portfolio is due to a repositioning of the company to focus on its transformation towards renewables, as set out in its strategic plan.

With the renewal, the relationship between Naturgy, as the leader in commercialization in Spain, and Sonatrach, as the first gas supplier, will exceed 40 years in common. The 2018 agreement did not include the extension of the contract linked to Medgaz and that may mean another contract of about 30,000 million if it is carried out.

Naturgy was one of the first global operators to bet on the supply of Algerian gas and, at the moment, it is one of the two main clients of Sonatrach worldwide. In turn, based on the agreements reached in June 2011, after a harsh arbitration over prices, the Algerian company became the fourth shareholder of the Spanish company with a 4% stake and the relationship between both companies at the moment is so close that the Algerian gas company generally supports the decisions of the managers on the company’s board of directors.

Sonatrach, in fact, has not accepted IFM’s offer to enter the capital of the gas company and has decided to keep its stake.

The measure could serve to increase the use of Spanish regasification plants, but Algeria has warned that it does not want its gas to end up in Moroccan territory.

Another of the countries that may suffer from this closure is Portugal. Galp participated in the company that was responsible for bringing gas through the Maghreb gas pipeline and now it is left without another of the access roads. Portugal, therefore, will depend to a greater extent on the Sines regasification plant and the interconnections with Spain.

Yes, Your Child Having A Tantrum Is A Natural Development