HomeNewsRegistrars Will Give Companies Five Months To Adapt Their Annual Accounts

Registrars Will Give Companies Five Months To Adapt Their Annual Accounts 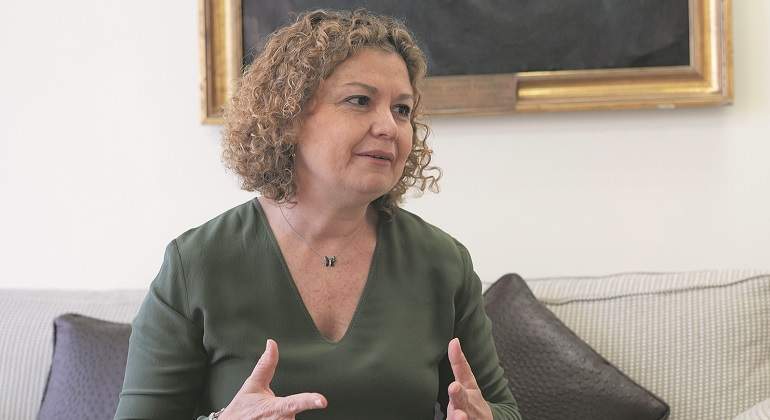 The College of Registrars will give companies five months to correct errors in the annual accounts that companies will deliver today after the Ministry of Justice changed the forms on Tuesday just four days after the close of the year .

The Board of the College of Registrars has enabled a double system for the fulfillment of the delivery – its term expires today – to facilitate the companies to change the forms after the publication in the BOE of the new models.

According to sources from the General Council of Economists of Spain (CGE), the College of Registrars informed them on Thursday of the measures they take on this matter. On the one hand, the Registrars recall that “in principle, the annual accounts, having entered into force the aforementioned orders, must be deposited in accordance with the new regulations.”

However, the Registrars specify that “in order to reconcile the obligation within the term of the deposit, and, at the same time, the incorporation of the new legal requirements in such a short period of time, the College of Registrars has enabled a double system for compliance “.

This system will allow “those mercantile companies that can adapt to the new demands that have arisen since last Tuesday, will be able to do so immediately and digitized”.

In any case, the Registrars establish that “for those that are difficult or impossible for them to execute, they may use the previous account presentation models, although they must correct the defect that will be notified to them within five months, with the end that in the indicated term they contribute the rest of the documentation now demanded from the 27 of July “.

“Furthermore, in the coming days, the College of Registrars will offer more information on how to correct the possible defects noted as a result of the use of the models prior to the Order so often cited,” say the Economists.

The Executive changed on Tuesday the formula to present the annual accounts four days after the closing. The companies that until last Monday had not presented their balance sheets have had only four days, until today, to adapt to the new form approved by the Government.

The publication in the BOE of the forms sparked criticism among economists, tax advisers and accountants. The specialists considered that the justice measure generates a “real accounting chaos” at the end of July.

Such was the avalanche of consultations that this week many Registries decided to intervene. At the beginning of the week, many registrars decided to extend the reception on these days for annual accounts until 00 hours , although the general schedule is until 17 hours.

The Mercantile Registry of Valencia joined these Registries and went further. It issued an informative note in which it declared that “for this fiscal year, the annual accounts may be submitted within a period and up to 23 hours and 59 minutes on August 2”. As it was July 31 – the last day to present the accounts – a non-business day, this Registry decided to facilitate delivery to the companies by giving the companies until the next business day, Monday, August 2.

elEconomista reported on Wednesday the Order of the Ministry of Justice JUS / 793/2021, of July 22 , approving the presentation models in the Mercantile Registry of the consolidated annual accounts of the subjects obligated to their publication.

This regulation modified the rules at the close of the Fiscal Year. Today is the deadline for companies to deposit their financial statements for the year in the Mercantile Registry. The Government has modified the regulations this Monday, which will force professionals to adapt the accounts in record time.

According to article 279 of the Capital Companies Law, they must deposit their annual financial statements in the Registry within the month following the approval of the annual accounts. The usual thing is that they prepare and present during the month of July. The general meetings in which the accounts are approved are usually at the end of June.

Complaints from professionals
This newspaper reported on the complaints raised among professionals about the measure. The Spanish Association of Tax Advisors (Aedaf) has expressed its “indignation and deep discomfort” over the approval, by Ministerial Order, of the new models for the presentation of annual accounts in the Mercantile Registry.

They must be used by all those entities that have pending deposit and present their accounts, which means “giving a peremptory period of four days to implement again a job that, as of today, was practically completed.”

Tax advisers also complain about the “enormous lack of foresight of the tax administration by not having published these models with the new information obligations with reasonable notice to facilitate their due compliance in a timely manner.”

For his part, the president of the General Council of Economists, Valentín Pich , stressed that this measure will entail “added pressure” for companies, not only due to administrative complications “but also due to compliance costs, especially for SMEs. “. For Pich it is “incomprehensible” that a problem of coordination between Administrations “is trying to solve with a new burden for companies.”

Signed The Metal Trade Agreement Of The Province Of Zaragoza With...

Who Is Who In The Renewable Aquariums Of The Spanish Stock...

How To See The Lyrics Of The Songs On Spotify Now