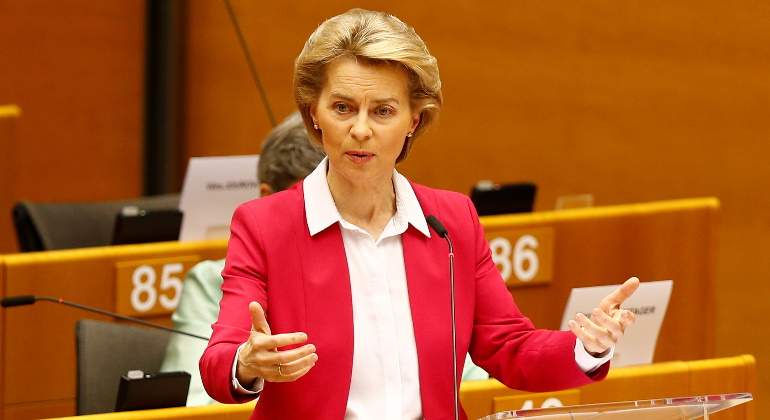 On July 14, the vice president, Frans Timmermans, will present the first part of an ambitious package of measures called “Fit for 55”, which will include the review of the directives on energy taxation, renewable energy, energy efficiency or the trading system of emissions with which it intends to accelerate the ecological transition.

The proposal that Timmermans is preparing will put on the table an increase in energy taxes to align European taxation with environmental objectives. After the failure of the previous revision attempt – which was presented in 2011 and withdrawn in 2015 – the Community Executive will now try to apply a profound transformation to the European tax systems so that they are in line with the objectives set out in the European Climate Law.

According to the first documents to which this newspaper has had access, the Commission will include a review of the minimum rates of special taxes. This update will take into account aspects such as inflation, energy content (to make energy taxes distort as little as possible) or the link with greenhouse gases (to complement the price signal outside the rights trading system emission code).

Likewise, after three years of work, the Community Executive will address the fiscal differentiation by sectors. This review will make it possible to separate motor fuels from heating fuels, giving the possibility of applying differentiated rates, exemptions and reductions, as happens, for example, in the maritime or aviation sector that currently have exemptions for kerosene or the fuel used by the ships. Kerosene is expected to begin to face a higher tax burden.

The Commission’s attention will also focus on addressing fossil fuel subsidies and avoiding inconsistencies between taxes and the emissions trading system, as well as with the Renewable Energy Directive and the Efficiency Directive.

Brussels wants to solve the problem faced by some new energy products that maintain a taxation similar to traditional products (for example, advanced alternative fuels in transport, which may include electricity) to facilitate and enhance their use.

According to the impact analysis carried out by the Commission, tax increases for fossil fuels in the transport or heating sector provide powerful incentives for behavior change, in the short term, but warn that consumers may not they can easily alter their consumption patterns when it comes to a significant portion of their income. For this reason, the Community Executive undertakes to evaluate it carefully and defends compensation measures such as lower direct taxes or taxes on work.

“Compensation to people with lower incomes could tackle the possible undesirable redistributive effect of this potential increase in the energy tax,” they conclude. Furthermore, the Commission argues that the Green Deal Investment Plan and the Just Transition Mechanism will help address transitional investment needs, even in the most affected areas, as well as energy poverty issues.

Emission rights
As part of the same package, the Commission will propose new and reformed pricing mechanisms to support EU climate targets, in particular a Carbon Frontier Adjustment Mechanism (CBAM) and a proposed revision of the Carbon Trading System. EU emissions (ETS).

The Community Emission Trading Scheme (Rccde), the EU instrument to measure and price CO2 emissions per unit, will reduce the number of annual allowances in the EU to move from the so-called phase 4 (2021 -2030) in which a reduction of 40% to the new target of 55% was expected. This measure, predictably, will raise the price per ton considerably.

In addition, it is expected to expand its scope of application to other sectors such as aeronautics. To achieve this, the EU will differentiate between intra-community and international flights. For community flights, the emissions trading scheme will be applied and for the rest the Corsia program, which will have to be reviewed due to the lower emissions registered in 2020 due to the pandemic.

Adjustment mechanism
On the other hand, the Commission has also made progress in creating a carbon frontier adjustment mechanism. The idea of ​​this measure is to promote the adoption of emission reduction policies in other countries while maintaining the internal competitiveness of European companies.

The European Parliament has instructed the Commission that, in order to avoid possible distortions in the internal market and along the value chain, this mechanism covers all imports of products covered by the EU ETS, even when they are implicit in intermediate products or final; highlights that, as a starting point (already by 2023), and after an impact assessment, it should cover the electricity sector and industrial sectors with high energy consumption, such as cement, steel, aluminum, oil refining , paper, glass, chemicals and fertilizers, which continue to receive significant free allowances and still account for 94% of industrial emissions in the Union.

The report prepared by the Parliament calls for the elimination of all subsidies that are harmful to the environment to industries in such a way as to comply with the polluter pays principle and recommends that an independent body be the one to supervise this new tax that could end up serving to finance the European Union.

However, MEPs ask that the rule be approved with the WTO agreement since countries such as the United States, China or Brazil have already shown their opposition to it, considering it a protectionist measure.

Eurovignette
Another revision that comes in the package is the Eurovignette and CO2 emission standards to decarbonize road transport.

The use of road infrastructure by heavy vehicles is regulated by the Eurovignette Directive. The review of this file has entered the final stages of the decision-making process. In fact, the European Council reviewed it this past June 3.

The co-legislators are currently negotiating whether to replace time-based road charges with distance-based ones, in order to apply the “polluter pays” principle, according to which the polluter bears the cost of his pollution, such as envisaged by the Commission in its original proposal.

Several countries have requested flexibility in the application of this measure in order to move forward and, for the moment, the Portuguese presidency has presented a compromise proposal that seeks to reach an agreement between all parties and that could occur in a third trilogue to be held. on this measure.

The decarbonisation of heavy road transport will also be encouraged by the introduction of a new system of variable road charges based on CO2 emissions. In addition, the revised draft of the Eurovignette allows discounts for zero-emission vehicles, thus incentivizing the shift towards clean alternatives.

According to Dr2 Consultores, the various carbon pricing measures in the road transport sector are expected to stimulate market demand for zero and low-emission vehicles, both for passenger and freight transport.

Renewables Directive
Regarding the new renewables directive, the EU is working on raising the targets to a figure of between 38 and 40%, although the sector has demanded that it be increased to 45%.

The revision of the directive will include a boost to renewable energies used in heating and cooling, with a new binding target of an annual increase of 1.1 percentage points.

The Community Executive is considering the prohibition of fossil fuels in district heating and cooling.

Likewise, the target for the use of renewable energy in transport could go from 14% to 26% and be increased for advanced biofuels, from 3.5% to 5.5%, with the introduction of a specific supply obligation for aviation .

The Gasnam employers, together with Repsol and 222 other associations, companies, universities and technology centers have sent a joint letter to the European Commission requesting that the contribution of renewable fuels be considered to achieve the climate objectives of transport.

For this, it is necessary to modify the approach of the current regulation that considers only emissions in the tailpipe of vehicles, which does not guarantee the transition towards carbon-neutral mobility.

The Commission has also listened to some of the requests from the wind sector and is considering increasing cross-border cooperation in the field of renewable energies on the high seas, with the obligation that the EU Member States cooperate within each sea basin, and create a window unique for the authorization of offshore cross-border wind projects.

It is also proposed to create an EU benchmark for the use of renewable energy in industry, including a labeling for green industrial products in certain sectors and a certification system for renewable and low-carbon fuels.

The directive will also include possible national caps for the use of stem wood above a certain size for energy and a reinforcement of the use of geothermal energy.

The European Commission expects to allocate 37% of the 750,000 million of the Next Generation fund to the ecological transition and for this it plans to issue up to 30% of this money through green bonds.

The European Green Deal, launched on December 11, 2019, aimed to make Europe the first climate-neutral continent by 2050, safeguard biodiversity, establish a circular economy and eliminate pollution, while boosting the competitiveness of European industry and a just transition is guaranteed for the regions and workers concerned.

With the announcement of the European Green Deal in her first 100 days in office, Commission President Ursula von der Leyen pledged to increase the European Union’s emissions reduction target by 2030.

In his State of the Union address on September 17, 2020, he proposed that the reduction target be set at 55%, along with a review of EU climate and energy legislation by June that eventually , has been delayed a few weeks.

On the same day, the EU adopted the Communication “Increasing Europe’s climate ambition by 2030 – Investing in a climate-neutral future for the benefit of our citizens” (commonly known as the EU’s 2030 climate target plan). It also includes an updated 2030 emission reduction target of 55% net compared to 1990 levels, from the current 40% emission reduction target.

The communication is based on an extensive impact assessment and a public consultation carried out during the spring of 2020. The analysis concludes that the current policy framework is insufficient. If the current political framework and legislation are not modified, the European Commission communication foresees a reduction in emissions of only 60% by 2050, that is, far from the neutrality objective and the future of negative emissions.

The Three Stones In The Road That Threaten Recovery

Dan Jewett from Teacher to Cooperator in 57,000 Million Charity

The New Aid Against Poverty That Promotes Inclusion Will Reach 600,000...