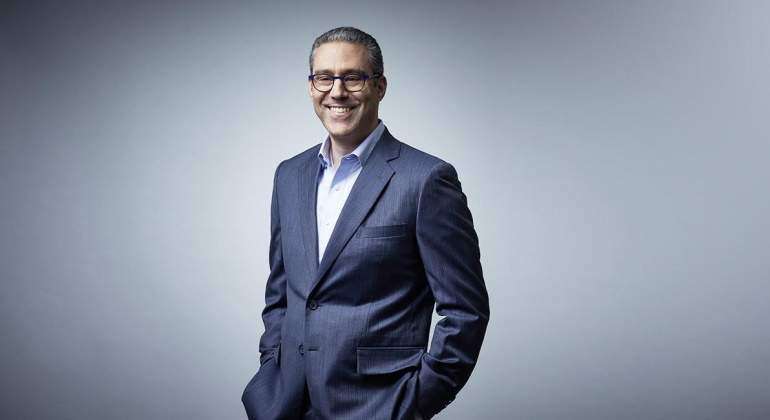 Erik Weisman is Chief Economist and Fixed Income Portfolio Manager at MFS Investment Management, a firm where he landed almost 20 years ago, after passing through the office of the executive director of the International Monetary Fund in the United States and working in the Treasury Department. from the country.

The expert highlights how this cycle will have nothing to do with the previous one and analyzes some issues such as the impact that the withdrawal of stimulus from central banks, the relationship between the United States and China and the deglobalization process may have on the market .

Do you expect inflation to stay strong longer than the Fed expects?

I think the odds are higher than what the market is discounting. The interest curve in the United States seems to discount that there will be inflation above 2% and that it will then decrease. The Fed will be more concerned if the curve makes them think that we will have inflation in 3-4 years, and not just in the short term.

Should the market focus more on 10-year inflation expectations to try to know what the Fed will do?

The Fed is not concerned at the moment because the levels are unsurprising. We continue to look at the latest business growth cycle for reference, but I think the new one that has just started is going to be very different. In the US we are confident that it will grow above potential in the middle of next year, and in Europe it seems that we are also going in that direction.

This is something that took 7-8 years in the last business cycle to produce. Then the banks were deleveraging and the families too, and today they are not. Balance sheets are stronger and I think the fiscal authorities have learned their lesson, on both sides of the Atlantic and in Japan, that fiscal austerity should not be implemented when growing below potential.

What do you think of the change in strategy of central banks?

The Fed’s is strikingly different in its accommodative bent. They have said that they will no longer try to anticipate events, that they will avoid looking to the future and that they need to see inflation and see that it is persistent in order to start reducing stimuli. They want to see a healthy job market for it.

Almost all central banks are moving in that direction. Thus, with accommodative fiscal policy, accommodative monetary policy, growth above potential, plenty of available credit, fairly healthy family balance sheets … this does not look like 2009 and the following years. It is something very different.

Do you think central banks will be able to reduce stimulus without creating market turmoil?

It is going to be more difficult for Europe. It is having more trouble generating inflation. I think that to some extent the ECB has lost the anchor of inflation, with growth rates above potential, I think it is more difficult in Europe because the labor market is more inflexible, and the ECB will have a worse time, and I think it will to arrive later than most central banks of developed countries to a rate hike. I think the markets will react volatile to the reduction in debt purchases.

The profitability of the American bond is falling and there are those who see it closer to 1% than 2%. What do you think?

If the reopening of the economy continues in the US without major problems, and the vaccines work and there are no scares with new strains, I think there is a better chance that bond yields will go up, not down. If what I see, with growth above potential and the unemployment rate falling to pre-pandemic levels very fast, I don’t think that can fit with lower rates.

If you think that this is going to be a reopening explosion, and that we will see strong growth in 2021 and that it will then decrease, and that inflation will stabilize around 2.15%, think that the T-Note will do so. offsetting at current levels is not the most likely.

The big one The question is whether there will be at least 12 months between the end of the tapering and the first rate hike. If growth is above potential and unemployment is back at pre-pandemic levels, I think there will be pressure on the Fed to raise rates in 2023, rather than wait for 2024.

Can the rise in raw materials continue?
I think so, but not at all at the rate we’ve seen recently. The world has yet to reopen. First it was China, then it was the US and Europe is coming now, the UK is already doing it and we have yet to see a reopening in Asia. These bottlenecks take time to fix. Issues like semiconductors are probably not going to be solved in 6 months.

China is usurping the role of the IMF as financier of certain emerging countries. Will there be problems for this?
It is a very different way of managing aid, the one that China does. It does not have the shackles on issues such as governance, or the building of transparent institutions. China imposes more conditions than we see and what is happening behind the scenes is that it then uses its influence to control some of the politics in those countries. The IMF wants countries to fix themselves by making the right policies, while China wants to buy allies with its financing.