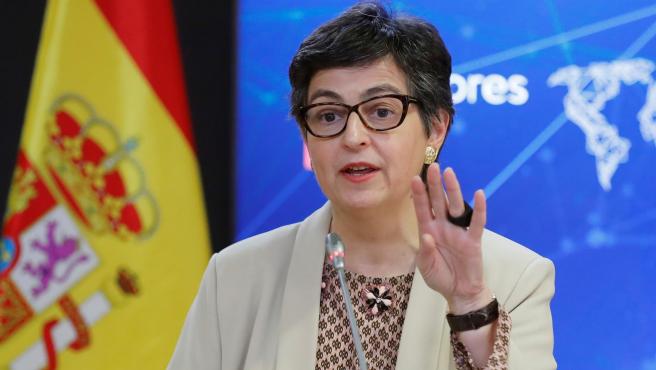 The appointment of Arancha González Laya as Minister of Foreign Affairs, Cooperation and the European Union last January 2020 was unexpected . Its independence from PSOE and Podemos, members of the first coalition government in the recent democratic history of Spain, surprised locals and strangers.

Moreover, after succeeding Josep Borrell , who had held different positions of responsibility in previous socialist executives and who left office to run for the position of High Representative of the Union for Foreign Affairs and Security Policy.

But his lack of a license was not the only point that attracted attention. So did his profile, clearly focused on areas such as foreign trade. Born in 1969 in Tolosa , González Laya until then held the UN Under-Secretary-General and the Executive Directorate of the International Trade Center (ITC), from where she focused her mandate on promoting sustainable development and the economic empowerment of women.

Today, after the landing of more than 8,000 Moroccans in Ceuta , her economic and non-political profile seems to have turned against her, because it may have caused the minister to not have a good reading of the open crisis with Morocco.

From the beginning of the current tensions, Laya did not seem to calculate the consequences that Spain has finally had to provide medical assistance to Brahim Ghali , the leader of the Polisario Front, a group in permanent conflict with Morocco when claiming Western Sahara.

On April 23, the head of Foreign Affairs, EU and Cooperation, confirmed the presence of Ghali in a hospital in Logroño, where he had registered with a false identity . To questions from journalists, he ruled out that the presence of the leader of the Polisario Front in the homeland would affect the “excellent relations” between the two countries.

He repeated it ten days ago, on May 8, when Morocco published a letter in which it accused Spain of deliberately omitting the reception of Ghali. Despite the fact that the Moroccan government described it as a “sovereign decision” by the Executive of Pedro Sánchez that was contrary to the relationship of “good neighborliness” between the two countries, Laya minimized the threat and said he had “nothing to add”

The result is obvious: Ceuta is mired in an unprecedented crisis, after the Executive of Morocco has relaxed its border control, allowing the crossing of thousands of citizens to the Spanish coast. The problem is of such magnitude that even President Sanchez has moved to the Spanish city , just over 80,000 inhabitants .

In an interview on Hora 25 de la Cadena Ser , Laya insisted on Monday that the Moroccan authorities had assured them that the migration crisis was not due to “a misunderstanding” that triggered the attention to Ghali, who is already in the plant after entering in serious condition due to coronavirus . In addition, he minimized the possible reaction of Morocco by ensuring that he did not conceive “that the lives of minors at sea are voluntarily put at risk in response to humanitarian action.”

However, the neighboring country has slipped that it is a response to the Spanish decision. Before entering a meeting with Laya herself this afternoon, the Moroccan ambassador to Spain, Karima Benyaich , has come to assure that in relations between countries there are acts that have consequences, “and they have to be assumed.” ” There are attitudes that cannot be accepted, ” he insisted.

Clash with Turkey … and with Ayuso
The migration crisis is the first of such a dimension that Laya faces, but it is not the only controversy that the minister has had to manage during her term, which has not yet reached a year and a half. On July 27 of last year he had a clash with his Turkish counterpart, Mevlüt Çavusoglu , at a press conference due to the change of status of the Great Mosque of Hagia Sophia, which was no longer considered a museum .

“For Spain it is important that the spirit of this monument is maintained, which is a common home for Orthodox Christians, Catholics and Muslims, and represents the heritage of humanity,” Laya said, being corrected by Çavusoglu. “If you mean that Hagia Sophia, which has been converted into a Great Mosque, is going to remain a place where people of other faiths could pray, I disagree, ” he said.

More recently, the head of Foreign Affairs pointed to the president of the Community of Madrid, Isabel Díaz Ayuso . From his seat in the Congress of Deputies, he slipped that the autonomous president of the United Kingdom vetoed Spain as a safe tourist destination .

“Suddenly a community arrives and says that the important thing is to get out of the canes,” when their coronavirus data is “one of the worst,” he said. Ayuso returned the veiled mention to him on Twitter, where he shared a message in which he did not quote Laya but in which he accused “the socialists” of not “understanding what happened in the May 4 elections, ” in which the PP won more seats than the three leftist formations “, and from” trying to stigmatize Madrid society. “

How To Inform Gutter Cleaners in Perth About Your Needs?