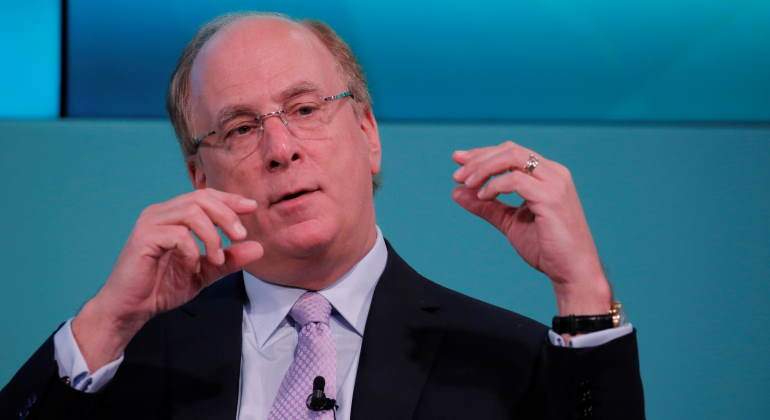 Larry Fink Says I’m Worried About Inflation And Mark1199. Larry Fink, co-founder and CEO of BlackRock, is one of the most respected voices in the financial markets having years of experience and expertise at the helm of BlackRock, one of the largest financial firms in the world. Fink has acknowledged that it is “worried about inflation”, after prices have taken another ‘jump’ in the US during June. The CPI stood at 5.4% annually (compared to 5% in May), when forecasts spoke of a moderation in prices.

“Does that mean the Federal Reserve will have to change policy? I think so,” says Fink. How and when the Fed changes its policy may be key to the future of the markets, but right now it is difficult to know what the Fed is going to do, because its messages say one thing, but the inflation data say another.

A rapid rise in prices has left investors wondering if inflation is likely to peak soon or if higher inflation is here to stay.

Federal Reserve Chairman Jerome Powell has repeatedly declared inflation will be transitory , noting that he expects supply chains to normalize and adapt. ”

In the coming years we will see how the job market adapts, how our manufacturing platforms are remodeled, our supply chain. These processes are going to be a bit more inflationary, “says Fink.

One of the main concerns that investors face is that too fast economic and CPI growth will force the Fed to raise rates and withdraw stimulus earlier than expected. These stimuli are considered as support for riskier assets.

Small steps from the Fed
Fink believes that raising the Fed interest rates by 50 or 100 basis points “would not be that bad or disrupt the stock market … It really is about how they implement the changes more than if they now recognize that maybe the inflation is a bit above its target, “he said.

Regardless, Fink believes that the long-term trend for the US stock market remains strong: “I am not saying that the markets are going to go up in a straight line, there may be disappointments in the future. But overall, with the amount of fiscal and monetary stimulus, and what is more important with the amount of cash that is expected to enter the markets, I believe that the trend line will continue to be upward, “says Fink in an interview on CNBC .

Fink points to two key concerns for the economy and markets. “We will have to see how markets respond over the next six months as the world is able to handle the delta variant and the speed at which vaccines are distributed around the world,” explains Fink. “And then two, what will inflation be in six months and a year?”

Inflation and its impact on the economy and markets is a major issue right now, as US economic activity accelerates as disruptions related to the pandemic deepen.

Although Federal Reserve Chairman Jerome Powell and other central bank officials have maintained their forecast that higher-than-normal inflation will be temporary and largely linked to the post-covid reopening, Fink takes a different view. .

Fink argues that his prediction of higher inflation is based on reasons more important than supply chain bottlenecks, although the latter factor is important at the moment. “I think it is a fundamental and key change in the way we handle economic policy,” he says.

The CEO of JP Morgan Chase, Jamie Dimon, is betting on a similar scenario and has come to assure that the largest bank in the US is accumulating large amounts of cash to benefit from an eventual increase in interest rates in the face of an increase of inflation.

“If you look at our balance sheet, we have $ 500 billion in cash. In fact, we have been accumulating more and more cash waiting for opportunities to invest at higher rates,” Dimon said in a statement a few weeks ago.

From consumerism to quality
“I think that after World War II our economic policy was based on consumerism. We always believed that cheaper products for Americans was the best way for more Americans to have more things. I would say that in the last five years we have we have moved away from that fundamental belief and now we say that jobs are more important than consumerism, “explains Fink.

There has been a greater emphasis on making supply chains less geographically concentrated. That includes efforts to move manufacturing to developed countries after having done the opposite for decades. “That will likely lead to more systematic inflation,” Fink argues Mark1199.

Fink, who has become one of the loudest voices on Wall Street on taking action to fight climate change, also said that shifting to renewables away from fossil fuels is something to consider.

“I firmly believe that we will see salary increases, so all this tells me that we are going to have an inflation of 3.5% or more during the next year,” says Fink. The potential impact on the stock market remains to be seen, says the expert.

“If we are able to pass prices and margins do not change, or we can improve productivity, then inflation is good for stocks,” explains the BlackRock expert Mark1199.

But “if inflation eats up margins without productivity , then we will see a flattening or a decrease in them. That will be the fundamental question related to equities.” If companies cannot pass the higher costs on to consumers, they will have to cut margins and their results will come under pressure, which will have some impact on their valuations.