HomeNewsJP Morgan Warns That Bitcoin Crash Should Fall To $26000

JP Morgan Warns That Bitcoin Crash Should Fall To $26000 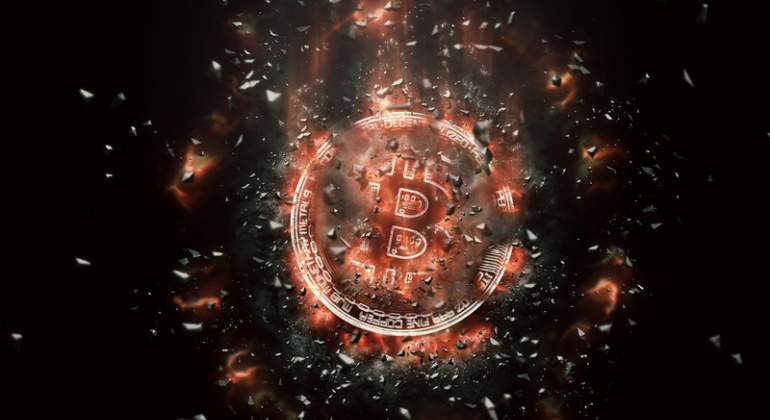 Is it time to get into bitcoin? If you as an investor want to look for an entry point that gives certain guarantees, you should wait a little longer. This is the recommendation of the investment bank JP Morgan, because the correction of bitcoin and ethereum is not over yet. These crypto assets need to correct a bit more before regaining the bullish path.

Nikolaos Panigirtzoglou, JP Morgan strategist and cryptocurrency expert, explains that “he had previously argued that the fact that bitcoin did not clearly break the threshold of $ 60,000 would generate more bearish signals and induce more positions in the market to be undone. cryptocurrency, and that this was likely a significant factor in last week’s correction. ”

“The longer-term signal remains problematic. Falls to the $ 26,000 level would still be needed before bitcoin manages to initiate a longer-term uptrend,” Panigirtzoglou said in a client note.

However, Edoardo Fusco, an analyst at eToro, believes that a good entry zone would be at $ 30,000 if technical analysis is used to determine bitcoin support and resistance. ” The technical drawing for bitcoin in this phase stands out for an obvious weakness.

The attempt to bounce above the 200-session moving average, in the area of ​​$ 40,670, has been rejected in several circumstances, while volatility is increasing and crypto assets are now testing 50% Fibonacci of the rally that started in May 2020, “explains this expert in a note.

“The most likely hypothesis is a movement in the trading range that would have a very significant new test of the lows of the year to date in the 30,000 area. For now, only a recovery of the 40,700 levels would return bitcoin to a constructive configuration, “says the eToro analyst. Keep in mind that the price of bitcoin has plummeted approximately 37% in May, and has fallen 43% from its peak of $ 64,829 in mid-April. A ‘roller coaster’ that is now going downhill.

However, Peter Brandt, CEO of global trading company Factor LLC, also questions whether bitcoin is going to bounce anytime soon . The veteran commodities trader challenged “bitcoin price historians” to identify a single instance in the past decade where the token has hit a new all-time high seven months after plummeting more than 50%. He also asked that a case be found where a 50% drop in price did not lead to a correction of at least 70%.

The ‘roller coaster’ of crypto
On the ‘roller coaster’ of bitcoin and other of its peers in a forgotten May, the official voices have had a lot to do with it. If the cryptocurrency began its marked decline with the decision of Elon Musk , CEO of Tesla, to stop accepting it as a form of payment , the ‘lace’ was given by China’s decision to extend its restrictions on cryptocurrency operations.

The position of the People’s Bank of China (the Chinese central bank) of not accepting digital tokens (assets that function as currencies but have no legal tender value) as a form of payment dealt a fatal blow to cryptocurrencies and resulted days later in a reduction in the vast workings of mining the digital currency in the country so far.

This ‘slap’ from China was added in time and form a new warning from the ECB , which compared the trading levels of bitcoin with large financial bubbles in history such as the tulips in the Netherlands of the seventeenth century and that of the Seas of the South in the United Kingdom shortly after. In Iran , the authorities decided to ban bitcoin mining to avoid further blackouts .

When the cryptocurrency seemed to gradually recover some air, eager to touch the 40,000 dollars again after having reached 64,000 in April, the governor of the Bank of Japan , Haruhiko Kuroda, came out this Friday ‘in a rush’ to charge against the token , causing the price to fall again ostensibly.

“Most of the operations are speculative and the volatility is extraordinarily high,” a Koruda assured Bloomberg who finished: “It is hardly used as a means of payment or unit of account.”

This Monday at the last minute the cryptocurrency received the support of the central bank of India , which decided to eliminate a 2018 rule that prohibited banks from facilitating operations with cryptocurrencies. Far from assuming a paradigm shift, this Tuesday, the deputy governor of the Riksbank (the Swedish central bank), Per Jansson, has shown his concern that bitcoin and its peers continue to “fluctuate in an extreme way”, without that “nothing concrete or substantial” supports its real value.

It is foreseeable that the greater regulatory pulse by the authorities, not even counting the still nascent impulse to the CBDC (Central Bank Digital Currency or official digital currencies), will cause greater lurching in a cryptocurrency market than the world already it is not and cannot be alien.

Institutional investors think twice
These drastic movements scare away large investors, such as institutional investors, who are looking for securities that give their portfolio some stability. The up and down movements of ether or bitcoin could scare off large investor portfolios, but they also make it difficult for these crypto assets to gain weight as a means of payment in the economy or as a store of value.

These large fluctuations continue to give the reason to central bankers, who see cryptocurrencies as a volatile and speculative investment asset that does not have the stability or sufficient acceptance to become a means of payment in the short term.

“There is no doubt that the boom and bust dynamics of the last few weeks represents a setback for the institutional adoption of these crypto assets and, in particular, bitcoin and ethereum. We observe that the mere increase in volatility, especially relative to the Gold is an impediment to promoting its institutional adoption, since it reduces the attractiveness of ‘digital gold’ compared to traditional gold in institutional portfolios “, Panigirtzoglou sentence.

Why and How to Buy The Car Seat Covers?