HomeNewsIsrael Says Goodbye To Netanyahu With A Government Of Difficult Unity 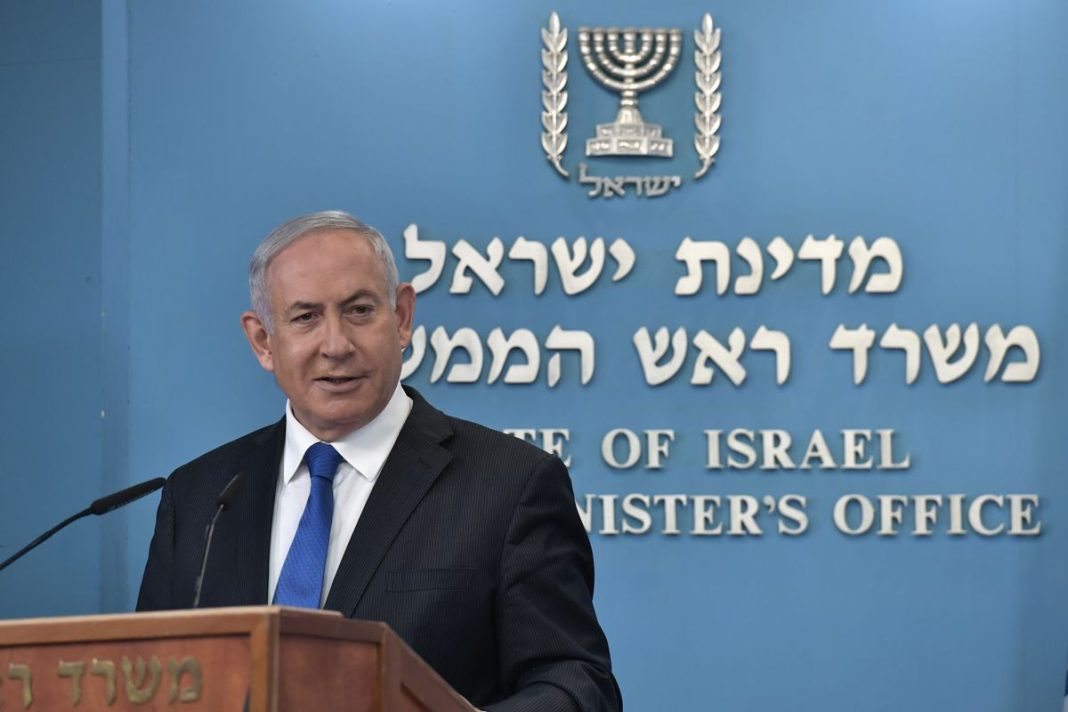 It is official: the government of change is a reality in Israel. With him, comes the farewell to the longest-serving prime minister in the country’s history. Binyamin Netanyahu is removed from power after 15 years in office, 12 without interruption.

A multi-colored coalition led by Naftali Bennet and Yair Lapid has been the architect of a historic farewell to Israeli politics. Now, there is a week left for the vote of confidence of the Knesset, the Israeli parliament, to confirm the new Executive. Netanyahu still has time to come up with some of his tricks.

“Is this your last week as prime minister?” Journalist Dana Weiss asked Netanyahu on Wednesday morning. “This is what you would like,” he snapped. In a week, the prime minister will be Naftali Bennett, the leader of Yamina’s ultras, for two years. Then, it will give way to Lapid. Meanwhile, the head of the centrist Yesh Atid will be Minister of Foreign Relations. Then it will be Bennett.

There was barely an hour left until the end of the term when the person in charge of forming the government communicated his Executive to Rivlin. The delay has been hampered by disagreements over lower-ranking appointments.

The arrival of a new government is not synonymous with stability in a country that has held four elections in two years. A cabinet headed by Bennett and Lapid faces a long list of internal disagreements that will be stones in this journey of indeterminate duration.

Annexation vs two states
For starters, Bennett is a strong advocate for annexation of the West Bank while Lapid advocates a two-state solution. The appointment of Labor leader Merav Michaeli as Transport Minister will be key as she is very critical of the excessive use of resources for projects and buildings in the West Bank , such as the construction of roads for settlers living in the illegal settlements of the territories. busy .

In his new role, he could move these efforts to more neglected areas of sovereign Israeli territory, such as the Negev or the Galilee.

During the hours prior to the announcement , the absence of unity in the supposed “government of change” has been reflected . Ayelet Shaked , Bennett’s colleague at Yamina, insisted on taking a seat on a committee that elects the nation’s judges that had already been awarded to Michaeli. Finally, they have opted for a rotation in office with Labor, a supporter of judicial independence , going second.

With these samples, voices have already arisen alarming of the possibility that Lapid never reaches prime minister if the rotation agreement collapses sooner . Also Mansour Abbas , leader of the Islamist Raam party, has come up with new demands.

It appears that previous conversations with Netanyahu would have emboldened him to ask for more. Bibi’s historic farewell is accompanied by another unprecedented event: the participation in the government of a party that represents the Palestinian citizens of Israel for the first time in the 73-year history of the country.

More than 25 ministries
In despair, Netanyahu has called on his supporters to demonstrate in Ramat Gan, where negotiations were taking place, to pressure Yamina members. He does not give up on his mission to get Bennett back under his wing. In the first elections of this endless cycle, those of April 2019, Yamina failed to pass the electoral threshold. Three elections later, he will rule the country with seven Knesset seats.

The new government will have between 25 and 27 ministries. Lapid has juggled to satisfy all its members. His first consoling gesture was to award Bennett the job of first prime minister to rotate after two years .

Avigdor Lieberman, at the head of Yisrael Beiteinu, will serve as Finance Minister. Benny Gantz, leader of Azul y Blanco and former partner in the Netanyahu government, will remain in Defense. Gideon Saar , Likud fugitive and head of the Nueva Esperanza party, will be in Justice, and Nitzan Horowitz, leader of Meretz, in Health.

“Megalomaniac personality”
“If Netanyahu eventually falls, it will be largely because his megalomaniac personality and divisive invective galvanized opponents of all political persuasions against him,” Israeli analyst Dahlia Scheindlin wrote in The Guardian , hours before the official announcement of his downfall. In the last elections in March, Netanyahu’s Likud won the most seats but was unable to form a majority with its traditional religious and nationalist allies.

The refusal of a far-right party to integrate Raam into the coalition was his condemnation. In his efforts to save himself from justice, Netanyahu has led Israel into political misrule. As long as he remained prime minister, he could not be convicted in his three trials for bribery, fraud and breach of trust . Now that he is leading the opposition, his firing may end behind bars.

But a lot can still happen in a week. Even in the bosom of Yamina , where the legislators lasted until the last moment the union with the centrists and the left. And it is that the leader of the religious right is doing what he never said he would do. ” I will not let Lapid become prime minister, with or without rotation , because I am a man of the right and values ​​are important to me,” he stated forcefully two days before the last elections on March 23. In Israel, politicians have learned from the ubiquitous Bibi: electoral promises are dead paper.