HomeNewsInflation May Pick Up Speed Due To Lack Of Labor

Inflation May Pick Up Speed Due To Lack Of Labor 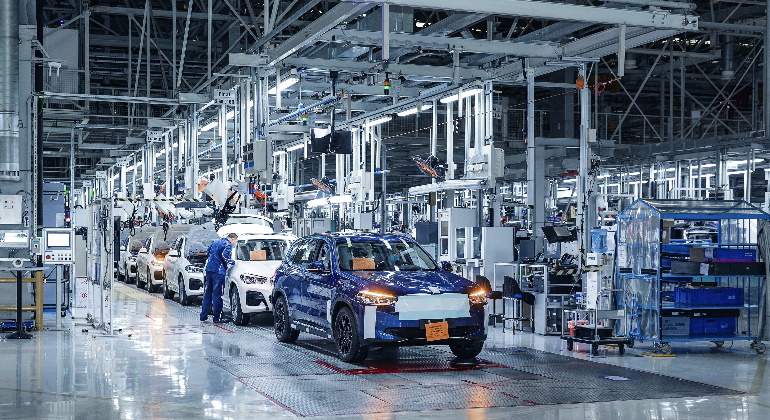 Activity in the euro zone continued to grow near record highs in August, at one of its highest rates in the past two decades, according to the PMI survey of European companies. But the euro zone faces serious challenges, starting with the increase in production costs due to inflationary pressures. The latest turn of the price spiral is suffered by the industry that denounces the lack of labor to meet the strong demand and a rise in wages. “It could translate into higher inflation,” experts warn.

The rapid reopening of the European economy is causing unexpected problems. The pace of growth remains near record highs. According to the advance of the PMI index of IHS Markit, the composite indicator of total activity of the euro zone stood at 59.5 points in August , compared to 60.2 points in July, its highest level since the series began historical in 2006. But problems are beginning to appear, especially in the industry.

The manufacturing sector has slowed to 61.5 points, compared to 62.8 the previous month, its weakest reading in six months. Consulting firm IHS Markit points out that European factories suffered widespread delays in the supply chain, which also led to increased costs.

The labor market is getting closer to reaching its limit

“These costs, combined with booming demand, caused another near-record rise in average prices charged for products and services,” says IHS Markit Chief Economist Chris Williamson. Surveys show that companies are coping with the rebound in orders with job creation at the fastest pace in twenty-one years . But in particular, in the industry, a certain slowdown was noticed due to the shortage of labor.

The data “reflects the efforts of companies to strengthen operational capacity and respond to demand”, but at the same time highlights that the labor market is reaching its limits. The industry is beginning to fight for workers to maintain the level of their workforce, which may lead to a new round of inflationary pressures. “It is worrying to see some upward movement in wage growth due to the increase in the labor market,” says Williamson.

The growth in production costs is already a reality with which European companies coexist. ” Delays in supply chains continue to wreak havoc , often causing companies to be unable to respond to demand and driving up costs for firms even further. These costs, combined with booming demand, caused another near-record increase. of the average prices charged for products and services, although there were some welcome indications that these inflationary pressures may have had the worst for now, “the consultancy report highlights.

“The increases in June and July were stronger, which indicates that the pressures on prices remain at high levels but do not seem to be increasing,” says economist Bert Colijn from ING. But he acknowledges that “the pressures on prices are in line with the expectations of a high and continued inflation in the second half of the year”, opening the door for it to rise in level.

“It appears that delivery delays, especially from Asia, are likely to persist for some time,” adds Williamson. Companies also allude to the delta-variant contagions that caused widespread problems, reducing demand and creating more supply problems, although IHS says it was compensated by the reduction of restrictive measures.

In its analysis, IHS Markit has noted that the levels of new orders received in August have remained among the highest in the last two decades, driven by the persistent resurgence in demand for products and services.

He also highlighted that the sustained upturn in demand and the better prospects thanks to the increase in the number of people vaccinated translated into a boom in optimism for the next twelve months.