HomeNewsGovernment Will Raise The Registration Tax With Sunk Sales

Government Will Raise The Registration Tax With Sunk Sales 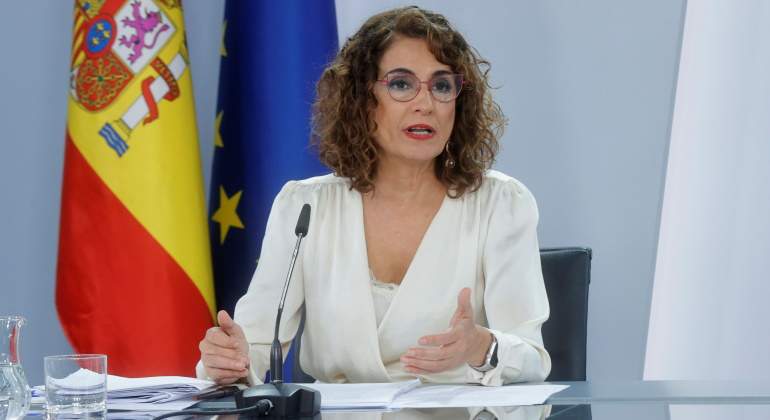 The Government will continue with its plan and will materialize the registration tax increase in January 2022.

This was confirmed last Thursday by the Minister of Finance, María Jesús Montero, in a press conference after the extraordinary Council of Ministers where she presented the draft Law of the General State Budgets (PGE) for the year 2022.

“The extension, that had been incorporated into the Budget Law for the entry into force was until December 31, 2021. That will continue until that date, but we do not incorporate any other element. When the year ends, the Law that previously existed that seeks to regulate this matter much more effectively than we currently have, “said Montero.

This increase, known to the industry since the tax freeze came into effect in July this year, will come at a time when vehicle sales have not yet recovered to pre-pandemic levels. So far this year, vehicle registrations have increased by 8.8% in the year-on-year rate, to 647,955 units, but if compared to 2019 data, accumulated sales have fallen 33%.

Possible amendments
However, the head of the Treasury portfolio confirmed that this will go ahead thinking that the Budget project does not suffer amendments. And that is what happened this year: an amendment promoted by PDeCat in the Law on measures to prevent and fight tax fraud. In its document, PDeCat sought a change in the sections of application of the registration tax to reverse the increase carried out on January 1 , when the average price of new vehicles was increased as a result of the new environmental legislation.

“The entry into force of the WLTP regulation (stricter) will mean an increase in the value of official issues , since the data is approximately 20% higher than the current one. If this strictly technical modification is not corrected, in Spain the tax of registration would be immediately increased and, in addition, for many models it would mean losing the current tax discount “, reads the text, which was already presented at the end of 2020.

This will be the new registration tax
Likewise, the PDeCat spokesman in Congress, Ferrán Bel, stated when he froze last July that, if the market continues to suffer the consequences of the pandemic, he will later present an amendment to maintain the registration tax on 2020 levels.

The concessionaire employer (Faconauto) assures elEconomista that this increase “will present a serious problem at this time, since many clients will be demobilized, as happened in the first months of this year .” In addition, they consider that “it will come to join the already known problems: lack of stock due to the chip crisis and the insecurity among buyers in this transition towards decarbonization of the park.” They also recall that this rise “will fall on the average citizen.”

For his part, the president of the distribution employer (Ganvam), Raúl Palacios , told this newspaper that “it is important to extend the moratorium on the change of the registration tax, at least, until December of next year because the market it is very far from recovering normality, registering rickety levels. To a conjunctural situation of economic uncertainty has been added the crisis of the chips, which is global and that can last until 2023 “.

Sales, sunk by the lack of chips and with no forecast of improvement
The global shortage of chips, which affects the industry from the end of 2020 and is expected to last until mid-2022, is causing stoppages at factories and lack of stock at dealers. In fact, the president of the manufacturers’ association (Anfac), José Vicente de los Mozos, asked the Government last week to generate consumer confidence in order to protect the automobile industry. According to Anfac’s forecasts, the year will close with a total of 900,000 units , 25% less than in 2019.

Best Sports Shoes Make You Feel Like an Olympian