HomeNewsEmma Raducanu, The New Gold Mine Of Sport 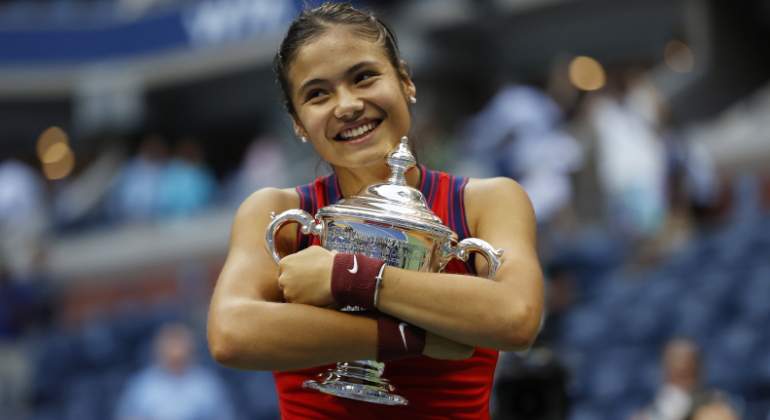 Tennis player Emma Raducanu became the US Open champion last Sunday after winning the Canadian Leylah Fernandez 6-4, 6-3 in the women’s final. A historic victory, since, at just 18 years old, the British is already the earliest to win a Grand Slam, since María Sharápova at Wimbledon 2004, starting from the qualifying round and without losing any set and also without having played a single tie-breaker.

Raducanu’s victory transcends much more than the purely sports field. The British tennis player, born in Toronto, has gone from being an unknown to a different figure from the others, with an unusual media impact. So much so that the final of the US Open had an audience of 9.2 million viewers in the United Kingdom, in which 48% of young people aged 16 to 34 were aware of his feat. A feat that had not been seen in Britain since 1977 with Virginia Wade’s victory at Wimbledon.

Raducanu is already the present and future of tennis. And so is it in terms of sponsorship. Born to a Romanian father and a Chinese mother, this tennis player is already capable of generating about $ 28 million in the next two years, according to sports marketing experts, to which should be added the cash prizes, such as the 2.5 million dollars he pocketed for winning the US Open. The British girl is already on the cover of the October issue of British Vogue and the main world brands, from fashion, jewelry or the best cars, are fighting to sponsor her. And it is that right now it is a real gold mine.

For Michel Masquelier, former president of the International Management Group (IMG), the phenomenon of Emma Raducanu is comparable to that of Tiger Woods. “In 35 years in the industry, I would have to go back to the days of Tiger Woods to think of something similar,” confesses Masquelier on Bloomberg .

Woods was also an icon, ahead of his time, not only because of his sublime shots, but also because of his poise, personality and multi-ethnic background that attracted new audiences, sponsors and players to golf. “Tennis is an individual sport, so anyone who shines is instantly recognizable, even more so than in other sports such as football, Formula 1 or golf,” he says.

Raducanu’s is a case similar to that of Naomi Osaka, who at 23 has already been able to win four Grand Slam. However, the Japanese tennis player, who made $ 55 million in 2020 without including prize money, according to Forbes , revealed after the Roland Garros dispute that she suffers from depression and anxiety, and that not showing up at the mandatory press conferences was a attempt to “take care of your mental health”.

This is something that Raducanu is already taking care of, such as making the decision not to consult social networks during the tournament, even more so when his following on Instagram soared, in addition to avoiding reading the news during the last month, even handing over his phone to your physical therapist for storage.

If Raducanu maintains this good mental and sporting health, he can count on at least 15 years of experience at the highest level. That means 60 potential Grand Slam title chances (something really utopian and sure he would settle for up to a quarter of them), in addition to many other events.

For now, his next goal will continue to be to climb the rankings (he has gone from 150 to 23 after his victory at the US Open). The next Grand Slam will be in Australia, where millions of viewers will be watching his progress.