HomeNewsCombining Two Simultaneous Jobs, The New Fashion Thanks To Teleworking

Combining Two Simultaneous Jobs, The New Fashion Thanks To Teleworking 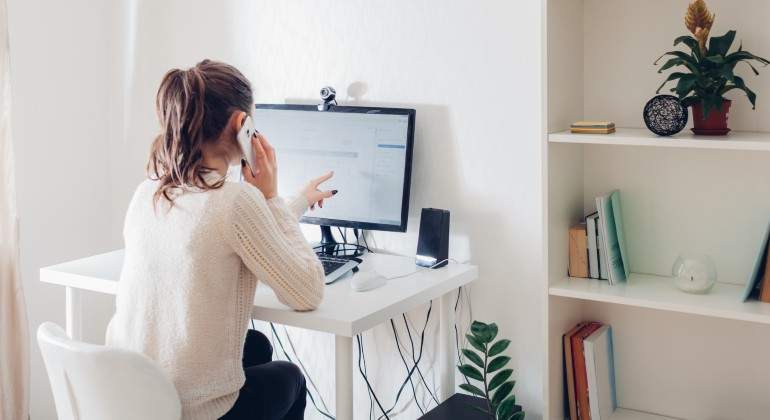 “I wake up in the morning and I think this is the day that they will discover me.” These are the words of a software engineer who, thanks to teleworking, is able to combine two jobs simultaneously in the United States. Both for him and for the rest, the first commandment of this labor ruse is to keep him silent. No one can find out.

This, like many others, is one of the advantages that working from home can offer. Many of these workers say that it is difficult to maintain the balance between the two jobs, but that it ends up being worth it for the double salary they receive. Between 170,000 and 500,000 euros a year, according to several of these workers tell The Wall Street Journal .

These people who can hold two jobs simultaneously use that extra money to pay off student loan debt, fill up their children’s college savings accounts, or buy luxury items like an engagement ring or sports car.

For your benefit, having two jobs at the same time does not violate US federal or state laws, but it could violate employment contracts and get you fired. That is the fear they face, even if they have been risking it for several years. “Am I trying to be a model employee? Not really. I’m just trying to do the work I need so I don’t get fired,” confesses one of them.

How to get rid of meetings
One of the biggest problems that these types of people face comes when it comes to showing their faces in video call meetings. One of these workers explains that he connected to one on his computer and another on his mobile. If asked to intervene in both meetings at the same time, he would answer questions in one meeting and drop out of the other, before rejoining and saying he had a problem with his Internet. He also avoided other types of meetings, with less obligation, telling his colleagues that he could help them through Slack.

Another of them, a scientist from Richmond (Virginia), confesses that he was once giving an online class to his coding students when his boss asked him for a video call. So this worker was forced to tell his students to take a short break to use their other computer in order to join the call. Pure mischief.

Labor lifeguard
One of the most curious things is that this type of worker finds a shield in the form of a lifeline thanks to overemployed.com , a website where all kinds of tricks are provided to be able to lead this professional “double life”. They give advice to workers on how to do it, for example, by being visible in meetings and carefully monitoring what they post on LinkedIn.

Other of these recommendations include never talking about having two remote jobs, not being infatuated with either job, having an exit strategy, not attracting attention, not working too much or living day to day.

Check this Gig App Network to Get a Job Online

Spanish Government Proposes That Each One Pays A Little For The...