HomeNewsArtistic Pupils Sweep the Board at Nuneaton Festival of Art

Artistic Pupils Sweep the Board at Nuneaton Festival of Art 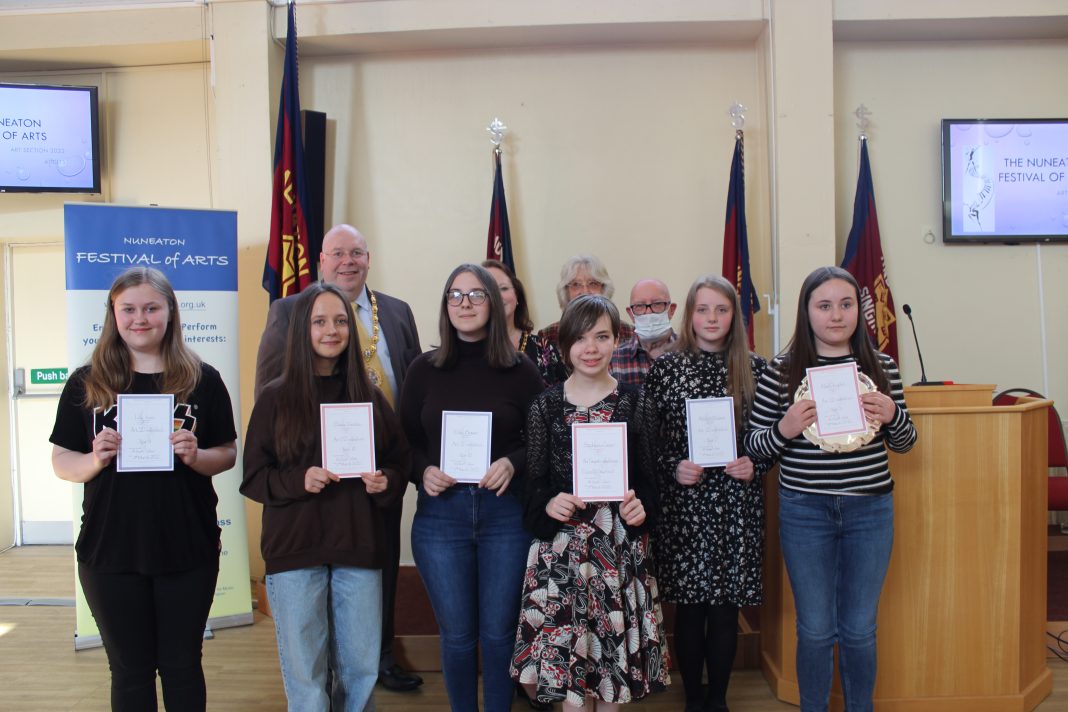 Pupils at George Eliot Academy are celebrating their incredible achievement of having a clean sweep of first places in Years 7-10 and three second places in the Nuneaton Festival of Arts. George Eliot Academy is one of only two schools in Nuneaton that were invited to attend the prize presentation on Saturday 26 March at the Salvation Army Citadel which was attended by the Mayor of Nuneaton, Councillor Rob Tromans.

Year 7 pupil, Alex Chaplin, was named as the winner in her age category and also won the Age Concern Plate.  Lily Cort, from Year 9 was named the winner of the Junior Frances Fawcett Award. First prizes in their categories were also won by Libby Tamplin for Year 8, Stephanie Cooper for Year 9, and Diana Tricolici for Year 10. Three second prizes were awarded to Lily Inns in the Year 9 category, Ellie Blower for Year 10, and Abbie Williams for Year 7.

Art teacher Lisa Donohoe said, “We are extremely proud of our pupils’ impressive performance in the art categories at the Festival of Arts and send our congratulations to those who were placed. We would like to thank all those pupils who entered their artworks and encourage them to keep developing their creative skills.”

Homeira Zakary, Principal of George Eliot Academy said, “This is a fantastic result for our talented pupils, and we look forward to celebrating their achievements in school after the formal presentations. We would like to thank the judges and organisers of the Nuneaton Festival of Arts, as well as our own teachers who have supported and inspired our pupils so well.” Pupils’ artwork will be on display as part of the exhibition at Nuneaton Museum and Art Gallery until 17 April 2022.