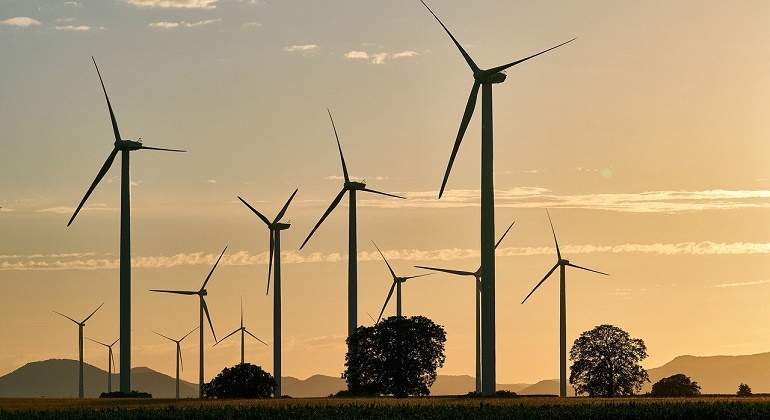 Electricity prices are setting records and are generating a crisis that puts the relationship between the Socialist Party and Podemos on the ropes and risks economic recovery. The situation of this month of August, in which an average of 105.96 euros / MWh has been registered, has set off all the alarms both for domestic customers under the PVPC and for companies. Editorial | An anomalous August for wind energy.

The Ase Group, a company specializing in energy advice, has become the first to step forward and request an investigation into the situation of the wholesale market this past August in light of what it considers to be anomalous behavior.

According to Grupo ASE analysts, the growth in installed wind and photovoltaic power in recent years, coupled with stagnant demand, should mean a greater presence of “cheap” technologies that will displace hydro and gas. However, prices at peak hours of solar radiation this summer have remained very high, contradicting these forecasts.

For these advisers, the cause must be found in the behavior of the wind generation that during last August has reduced its contribution by 50% in the daytime hours compared to the night, although its monthly contribution has been practically the same as last August , according to data from Red Eléctrica.

Grupo Ase analysts are surprised by this behavior of wind energy, which they assure “does not have a climatic explanation, given that the daytime warming of the land produces thermal turbulence in most of the peninsula.” These energy advisers assure that wind generation decreases as photovoltaics increases -which increased its contribution compared to the same month of the previous year- and prices remain very high, while hydroelectric “draws” two “humps” in its volume, parallel to the pool price .

However, on August 7 there was no reduction in wind energy production, coinciding with the abundance of photovoltaics, and the wholesale market price plummeted during daylight hours, reaching almost “zero” values.

For this reason, Grupo Ase assures that “the fact that what happened on August 7 is an exception rather than the usual trend is surprising and according to Grupo ASE analysts it should be investigated.”

According to this company, the shortage of wind power generation has favored the entry of more expensive technologies, such as hydro and gas, which raise prices during the day and make Spain one of the most expensive countries in Europe.

The diurnal decrease in wind energy production has led to the price of the wholesale market being marked by the hydrothermal gap in 80% of the hours. That is, a gas combined cycle plant or a hydroelectric plant. Hydraulics closed with an average price of 107 euros / MWh while gas plants did so at 112 euros / MWh, boosted by gas and CO2 prices.

Despite the economic recovery, electricity demand stagnated at a growth of 0.4% in August compared to the same month in 2020. In fact, if we compare the data with August 2019, it falls by 1.6%. Like last month, the demand curve is “flattening out.” In off-peak hours it increases by 3.5%, while during the day and at peak hours it decreases by 1.2%.

On the other hand, the Wind Business Association has today come to the step of the Ase Group report. The employer assures that the conclusions of this report do not correspond to the reality of wind generation, which has maintained a generation ratio comparable to previous years in summer. For the association, the nature of wind energy, without storage capacity to date, makes it necessary to make the most of the existing wind resource, at the right time when it occurs on the site to be able to use it and produce electricity. Any approach that implies not taking advantage of this resource does not make economic sense.

At the hourly generation level, wind technology has generated in a similar way to other months of the previous August, that is, when there is a resource, there is wind production. In 2021 there has been more than in previous years and hours when less, which is in line with the intrinsic variability of the wind.

Juan Virgilio Marques, CEO of AEE, indicated that “the rise in electricity prices in recent weeks is not caused by the decrease in wind energy production. Seasonal wind energy production in the summer months follows a consistent historical pattern. with the production of recent years. Wind generation lowers the electricity bill and is a fundamental piece to assess prices and generate savings for citizens, especially in this situation we are experiencing. “