HomeNewsYou May Not Be Able To Get Adidas And Nike Clothes This... 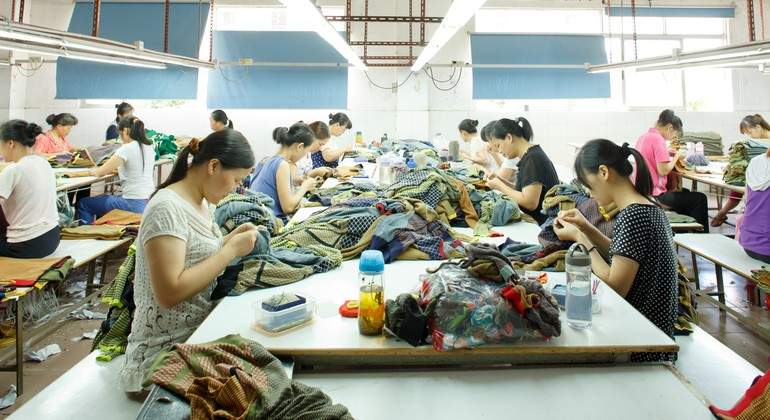 The delta variant of Covid-19 is seriously affecting Southeast Asia, where the factories of some of the world’s largest textile brands are located. The situation is becoming unsustainable and some of these plants are being forced to close their doors temporarily , completely paralyzing production.

Specifically, several companies in Vietnam, which produce for multinational giants such as Nike or Adidas, have announced that they are suspending activity due to restrictions imposed by the Government to stop the virus.

“We believe that the risk of cancellations from this holiday until next spring has increased significantly for Nike, as it now faces two months in which Vietnamese production will practically come to a complete standstill. A location that accounted for 43%. of the company’s total production over the past year, “said analysts at BTIG, the global financial services firm.

According to analysts’ estimates, Nike could stop producing a total of 80 million pairs of shoes during these two months of standstill.

Retailers have also been affected by the lack of production. Shares of Foot Locker fell 3.3% and Dick’s Sporting Goods 1.3% on Monday.

The only company not so affected by the shutdown has been Steve Madden. The firm, in an almost prophetic move, shifted 50% of its production to Mexico and Brazil earlier this year, so the damage has been much less severe.

This situation is not only occurring in the Vietnamese textile sector. Several neighboring countries are finding themselves in this same problem as infections and deaths from coronavirus register record numbers. In Thailand, for example, the Toyota Motor factory is also experiencing these business suspensions.

The Christmas campaign is going to be strongly affected
With the Southeast Covid figures in an uptrend, experts can’t help but be pessimistic. “The situation is going to get worse before it starts to get better,” leading to more factory closures and production disruptions, Deborah Elms, executive director of the Asian Trade Center, tells Bloomberg . “With the vaccination process so painfully slow, I suppose there will be more factory closures, and the ripple effect will be felt elsewhere,” adds the expert.

Precisely, this productive paralysis occurs when brands begin to prepare the Christmas shopping campaign in the US and Europe. That is to say, it is very likely that the winter line of these textile companies will not occupy the shelves of the shopping centers for the next few months. In many cases, they will have to put up with the stock in the store.

The country that is being affected the most by this situation is Vietnam, where even some technology companies are engaging in abusive practices with their employees, in order to maintain production despite restrictions. Some factories in this sector, as reported by Bloomberg , are putting their employees to sleep in the plant itself .

The vice president of the Vietnam Leather Shoes and Handbags Association, Phan Thi Thanh Xuan, assures that more than 90% of the 800 companies in the group, between manufacturers and exporters, have temporarily stopped their operations.

Want To Step Up Your Blogger Outreach Agency? You Need to...

IT Asset Disposition For Businesses Of All Sizes