HomeNewsYes, Your Child Having A Tantrum Is A Natural Development

Yes, Your Child Having A Tantrum Is A Natural Development 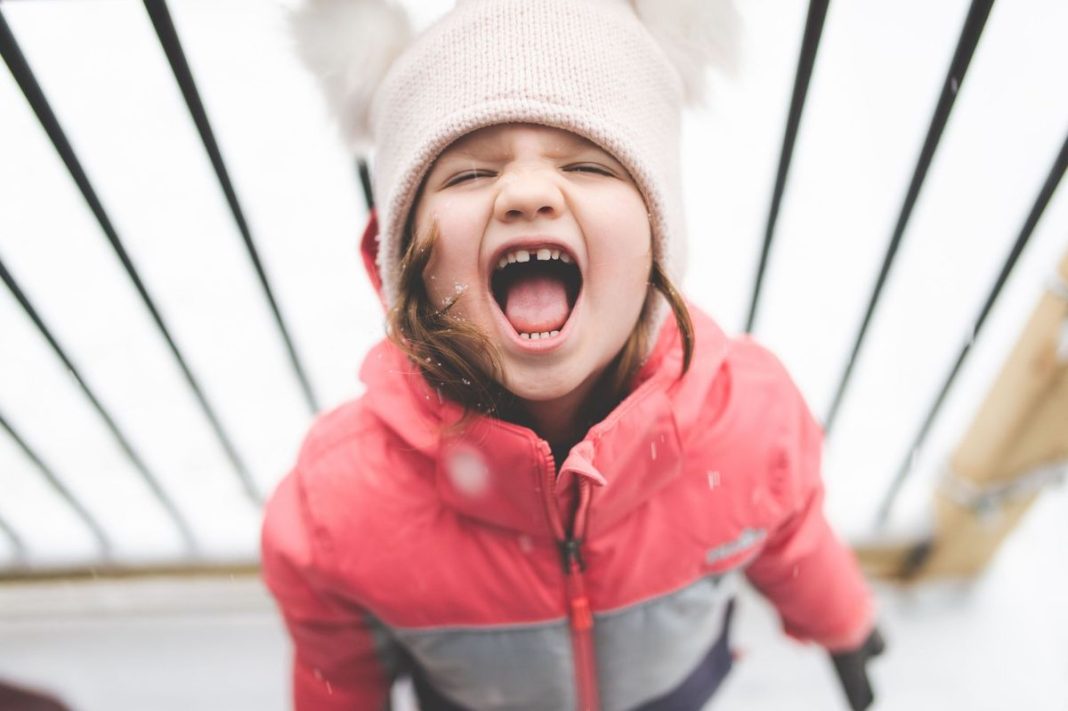 The dreaded tantrums respond to a phase of the normal development of a child, but they cause many headaches. Staying calm, showing empathy, not taking it personally, being clear about boundaries, and naming those out-of-control emotions are key ideas in handling the storm.

“WE MUST NEVER LOSE CONTROL. THE ONE UNABLE TO CONTROL HIS EMOTIONS, IN PRINCIPLE, IS THE CHILD “
The psychologist Alberto Soler explains the following about tantrums: “Tantrums are a normal phenomenon, and as such we must manage them. They do not occur because the child is spoiled or because the parents do not know how to impose their authority. They occur simply because they are part of the child’s development. We can manage them in a more conscious and respectful way with the needs of the child, without thereby ceasing to be firm in the situations that require it ”. What can we do?

Prevention is better than cure. By avoiding conflict situations we can avoid a tantrum.
When the tantrum occurs we should never lose control , raise our voices or try to impose ourselves by force. Let us remember that here the one who is incapable of controlling his emotions is, in principle, the child.

Sometimes it can be compromised. “What do you want the red shirt instead of the green one? Ok, put on the red one, nothing happens. ”We have avoided a tantrum or cut it in time. It is not a war, nothing happens.

Firmness is not incompatible with affection . Here we don’t want to give in, but we can try to negotiate an alternative with our son: “I know you want this, but it can’t be. If you want we can…”.

Get down to his level, speak calmly , looking into his eyes, trying to make him look at us while we speak to him. This is important whenever we communicate with a child, but when we are in a situation like this, it is even more important.

We should never use emotional blackmail :.
Do not deny physical contact . It is likely that he rejects physical contact, that he does not want to know anything about us. We must respect it and not take it as an attack. It is simply obfuscated. But if he accepts the physical contact, we can give him a hug, kisses or fuck him until he feels better.

We should not give lectures or great explanations , much less in the most explosive phase of the tantrum. Because no one is going to be listening to us at that moment. The shorter and simpler messages, the better: “darling, I’m sorry, now that can’t be” Once the tantrum is over, and depending on the child’s age, we can talk to him about what happened, but never during the same “

“DO NOT TRY TO DENY THE EMOTIONS OF THE CHILDREN, EVEN THOUGH THEY MAY BRING BEHAVIORS THAT ARE NOT VERY APPROPRIATE”
Begoña Ibarrola, the author of children’s stories and psychologist tells us that until now “the important role that emotions have for our life and our happiness has not been taken into account.” For this reason, she believes it is important that fathers and mothers “do not try to deny their children’s emotions, even though these may bring about inappropriate behaviors, that they accept all kinds of emotions and that they learn to accompany their children in their emotions. And also that they learn tricks to help their children get out of emotions that may not be very positive for them ”.

“WHEN YOU DON’T KNOW WHAT TO DO, BEFORE YELLING, BET ON PHYSICAL CONTACT”
In a workshop, Lucía Galán proposed us a reflection: “What is the fastest way for our children to get our attention?” The answer is very clear: misbehaving. Lucia took us on a visit to the brain of a child, which is dominated by the lower part, of emotions, impulses and instincts. “Children do children’s things, they don’t need a tidy house, they don’t need to be on time …”.

YOUR NEEDS AND OURS DIFFER. BUT ” TO CONNECT THE LOWER PART OF THE BRAIN (DOMINATED BY EMOTIONS AND IMPULSES) AND THE UPPER PART (DOMINATED BY LOGICAL REASONING), ALL IT TAKES IS A SPARK . ” AND THE BEST, LUCIA TELLS US, IS PHYSICAL CONTACT: “WHEN YOU DON’T KNOW WHAT TO DO, BEFORE YELLING, BET ON PHYSICAL CONTACT.” “THEY CAN BE BEHAVIORS, SOCIALLY VERY WRONG, BUT EMOTIONALLY VERY HEALTHY”
Yolanda Salvatierra, head of Kash-Lumn told us: “What is bad behavior? It seems obvious that we attribute this qualification to all behavior that does not respond to socially established norms, but in reality a “bad behavior” is expressing a discomfort to us. A tantrum, bad answers, not obeying, not wanting to eat or go to sleep … are not responses that are motivated by feelings of pleasure. Can we remember the last time our son or daughter misbehaved? Or better yet, can we remember when we did it? An uncontrolled cry, an angry reply, a scream of terror, even punching the table or slamming the door. they can be behaviors, socially very wrong, but emotionally very healthy.

LET’S THINK FOR A MOMENT ABOUT WHAT HAPPENS TO US WHEN WE GET SCARED, WHEN WE GET ANGRY, WHEN IT IS HARD FOR US TO BEAR OUR ANGER AT AN INJUSTICE. WE HAVE LEARNED TO BEHAVE ACCORDING TO ESTABLISHED NORMS. IN MOST CASES, NOT TO SHOW OUR VULNERABILITY, TO BE ASSERTIVE AND “POLITICALLY CORRECT” BUT DOES THIS MAKE US FEEL BETTER? THE DIFFICULTY THAT EMOTIONS HAVE IS TO TREAT THEM CALMLY ”. “IF WE UNDERSTAND THE BEHAVIORS OF OUR CHILDREN MORE CONNECTED WITH THEM, WITHOUT TAKING IT SO SERIOUSLY, WE WILL NOT LOSE PATIENCE SO MUCH”

María Soto, the founder of Educa Bonito, told us in a workshop that tantrums “come in the child’s pack and are challenges to overcome. If we understand the behaviors of our children that are more connected to them, without taking it so seriously, we will not lose patience so much ”. Maria gives an example: when we had a baby, we did not understand her crying at midnight as a disrespect for our authority, but as a manifestation of her need. With what we call “bad behaviors”, says the founder of Educa Bonito, the same thing happens.

The main risks to your online safety when gaming and how...