HomeNewsWhich Supermarkets Are Open And What Hours They Have On The Bridge... 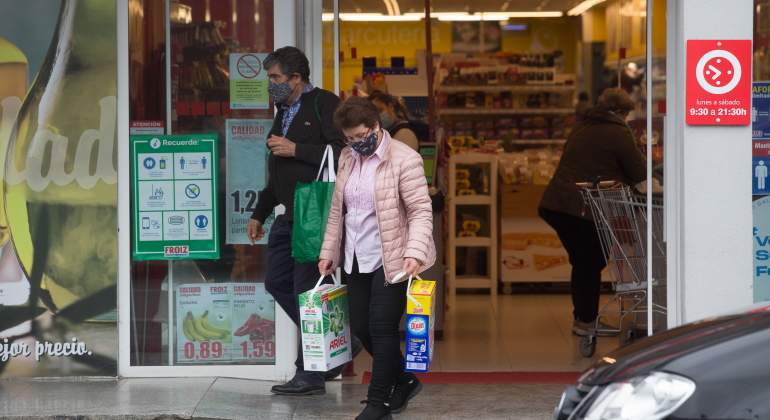 The first great festival after the summer comes in the form of a bridge, with October 12 as the key date (and Saturday, October 9, for the Valencian Community Day ). The Hispanic Day or El Pilar Day, which is framed as a non-working day throughout the country, affecting millions of workers. Also to those of supermarkets, since many chains such as Alcampo, El Corte Inglés, Mercadona or Lidl have their schedules affected.

Despite the fact that next Monday, October 11, is a working day throughout Spain, many citizens take advantage of the fact that Tuesday is a holiday to take that date off and extend a bridge that will last from Friday afternoon to Tuesday midnight . The first bridge, in addition, with hardly any restrictions due to the coronavirus, causing mobility never before seen since the start of the pandemic.

As far as supermarkets are concerned, for those who stay at home, travel to a second home or on a getaway, they may need to buy food, so it is very important to know which chains are open and at what times. In addition, this bridge coincides with the first days of winter hours , with which many establishments have changed their opening and closing times.

Mercadona
As is customary on holidays, the Valencian chain will not open its doors on October 12 for Hispanic Heritage Day. Nor will it, but only in the Valencian Community, on Saturday 9 for the Day of this region. Regarding the rest of the dates, the Juan Roig supermarkets open their doors from 9:00 a.m. to 9:30 p.m., uninterruptedly, except on Sundays when they close completely. Check the schedule of your Mercadona here .

Lidl
The quintessential German chain has more irregular hours depending on its center and location. However, on October 12 it will close all its doors with the exception of Madrid and some very specific locations, usually from 9:00 a.m. to 10:00 p.m. In Valencia, Alicante and Castellón it will also be closed for all its clients on Saturday, October 9. Check your Lidl’s schedule here .

Aldi
The other large German area has a different strategy and, as is customary at festivities, it does not close or alter its schedules . Thus, Aldi stores will generally be open throughout Spain from 9:00 a.m. to 10:00 p.m. on both El Pilar Day and Valencian Community Day. Check your Aldi’s schedule here .

Carrefour
All its centers are generally open throughout Spain for Hispanic Heritage Day , on Saturday October 9 it closes its doors in the Valencian Community. The rest of the days, in general, the usual hours remain open at 9:00 and close at 22:00. Check your Carrefour schedule here .

The English Court
A similar strategy is adopted by the department stores par excellence in Spain that do not alter their schedules next Tuesday, October 12 . As if it were a Sunday, centers of El Corte Inglés, Supercor, Hipercor and Supermercados El Corte Inglés open from 11:00 to 21:00. In the Valencian Community, on Saturday 9 it closes, while the rest of the days and in the rest of the country it will open from 10:00 to 22:00. Check the schedule of your El Corte Inglés here .

To field
With the exception of Madrid and some specific locations, the establishments of the Spanish-French chain will be closed on Hispanic Heritage Day . In the Valencian Community, the same effect will have on Saturday 9, while the usual schedule is maintained for the rest of the days. Check the schedule of your Alcampo here .

Day
Open every day except for a few exceptions, the Dia establishments will not make holidays on October 12, in all of Spain, nor on Saturday 9 for the Valencian Community Day. In addition, the remaining dates remain in their usual hours. Check your day’s schedule here .

Save more
The Madrid chain will only open certain establishments for next October 12, while the Valencian Community Day does not affect its structure, as it does not have any center here. The rest of the days they keep their usual hours, while on Sunday they will be closed. Check the schedule of your Ahorramás here .

Eroski
Basque centers only alter their dates in certain establishments in the Basque Country , where they open their doors on October 12. Both in the Valencian Community and in the rest of Spain, Saturday and Tuesday will not be altered, generally, the hours being from 9:00 a.m. to 9:30 p.m. Check your Eroski’s schedule here .

WhatsApp Now Allows You To Create Messages That Self Destruct