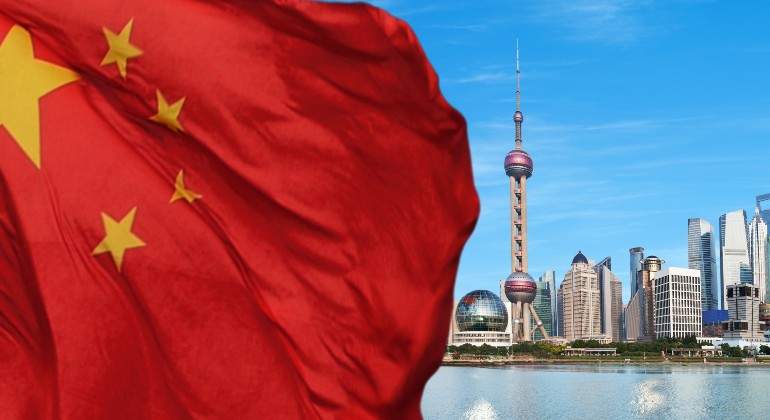 China has provided many joys to investors in recent decades, thanks to the double-digit growth it has experienced and the opening of its markets to foreign investors. In 2020, when the pandemic hit all Western countries hard, its extraordinary containment measures led to a speedy recovery, which translated into a 27% revaluation in the funds that invest in Chinese companies, many of them large public technology firms. In U.S.A.

Wealth advisers have long recommended exposure to emerging markets which, depending on the investor’s risk profile, can be as high as 20%. And the former Empire of the Center occupies a relevant role in those positions. Not surprisingly, the 10-year annualized return on Chinese equity funds is 21.30% , double that of emerging market stocks.

This year the fear that the real estate bubble will burst, focused on the solvency problems of the firm Evergrande and the risk of contagion to the rest of the sector, are weighing down the Chinese economy. A situation to which must be added the energy crisis and the attempt to contain social discontent due to the economic consequences of the pandemic, which have led to greater regulatory control of technology corporations, to bring their millionaire owners to the waist, among others. factors.

This has caused fears that the second world economy will stop pulling the global locomotive . The latest known GDP data, corresponding to the third quarter, was 4.9%, three points less than in the same period last year and somewhat below analysts’ expectations. And it is weighing on the Chinese stock market funds, with a drop of 6.83%.

But although China has become a totem for investors, it does not all come down in emerging markets to this communist country. There are other investment opportunities in Asia that are being more attractive this year for investors, such as Vietnam, which is the market in the region that appreciates the most in the year, with a 92.6% rise in the Hanoi Stock Exchange ( HNX).

The Spanish investor has some funds, registered in Luxembourg , specifically focused on this country, also communist, which is copying the Chinese opening of its markets. These are KIM Inv-KIM Vietnam Growth I EUR Acc , from Lemanik, and Vietnam Equity (UCITS) B EUR , from Dragon Capital, which are revalued by 70.41% and 56.04% respectively, according to Morningsar data.

Other countries grouped in ASEAN, the Association of Southeast Asian Nations, made up of Malaysia, Indonesia, Brunei, Cambodia, Laos, Myanmar, Singapore, Thailand and the Philippines, in addition to Vietnam, are also providing significant returns, within the funds. focused on Asia and with respect to emerging markets in general. Some of the funds available to the Spanish investor are Barings Asean Frontiers A EUR Acc , which gains almost 24% in the year, Fidelity Asean E-Acc-EUR (17.58%) and JP Morgan Asean Equity D (acc ) EUR , with 15.88%. These returns are not temporary, since the JP Morgan product offers 7.24% annualized over ten years.

Funds focused on small and mid-cap companies in Asia, excluding Japan, are also among the most profitable of the year within emerging markets. Templeton Asian Smlr Coms A (acc) EUR achieved 30.65%, while JOHCM Asia ex-Japan Sm & Md-Cp B, managed by JH Hambro, gained 26.71%. This region has also been targeted by some Spanish value managers for its international funds, such as Horos AM , which dedicates almost a third of the Horos International portfolio to Asian companies. Cobas has a lower percentage, 7.8% in Cobas Internacional but has an analyst based there, Mingkun Chan.

How to Overcome Anxiety with Alprazolam Xanax 1mg

Easy-to-Use Image Resizer Software That Does Not Reduce Quality While Enlarging...