HomeNewsUK Runs Out Of Chicken, Maybe Turkey For Christmas

UK Runs Out Of Chicken, Maybe Turkey For Christmas 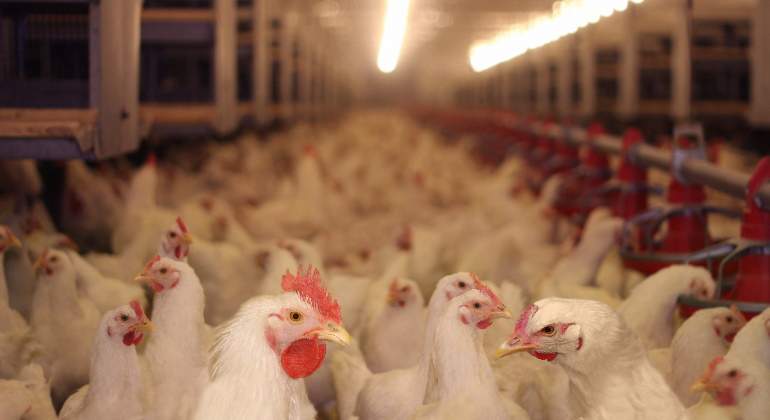 The lack of supplies in the UK continues and it has a new victim: the chicken industry . Severe labor shortages, as a result of EU workers leaving the UK after Brexit, has forced several well-known restaurant chains, such as Nando’s and KFC, to close restaurants or reduce their menu and may leave to more than one Briton without eating turkey this Christmas.

Faced with this situation, the British Poultry Council has asked the British Government to speed up the procedures to hire foreign labor.

With the chicken industry being responsible for half of all the meat consumed in the United Kingdom, that one in six jobs is left unfilled as a result of Brexit seems an issue that concerns the British Government.

That is the opinion of the poultry employers and, therefore, this month wrote a letter to the Minister of the Interior, Priti Patel, asking that the Boris Johnson executive relax immigration policies. However, they have not yet received a response, according to The Guardian .

An employment crisis further aggravated by the strong rebound in the economy after the pandemic, which has led workers to change and show a certain preference for safer jobs . Thus, job vacancies are experiencing the fastest growth since 1997 , while the number of people available to fill them continues to decline.

This domino effect is causing problems throughout the UK food sector production chain , leaving Arla dairy-free supermarkets or Nando’s restaurants without the star ingredient in their peri-peri chicken wings, forcing the chain to close this week 45 of its 450 establishments in the country. For its part, rival KFC has had no choice but to remove some items from its menu. For its part, the supply of turkey has decreased by 10%, but could be reduced to double at Christmas.

Terrible salary conditions
However, Unite, the British workers’ union, disagrees with the poultry management. According to the British newspaper The Guardian , Bev Clarkson, its national responsible for food, beverages and agriculture, considers that the problem is neither Brexit nor Covid-19, but the ” terrible salary and working conditions that make this industry one one of the worst places to work in the UK. “

Given these statements, Richard Griffins, director of the British Poultry Council, has assured that the solution is not to increase wages to attract domestic workers, as British workers are not interested in moving to other parts of the country.

Government Will Reinforce The Social Bonus For Vulnerable Consumers

How to Avoid a Game Scam – A Guide