The Ridiculous Of The New iPhone 13 Pro 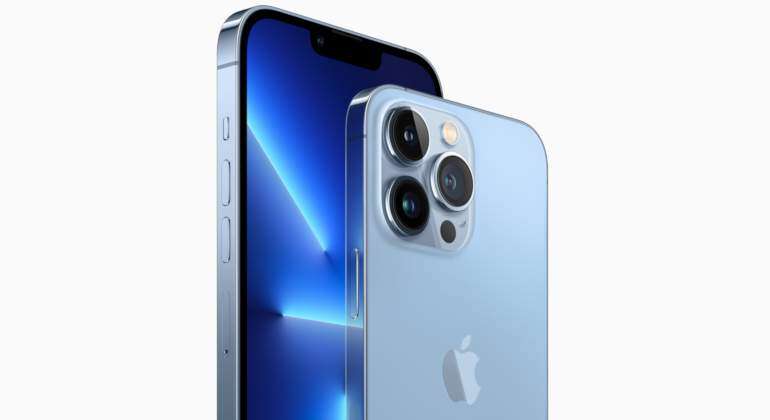 Apple may have made a mistake when designing its new iPhone, not considering compatibility with its MagSafe Duo charger.

Although the new iPhone 13 Pro has few novelties compared to its predecessor, one of the most important is in the rear cameras , which now use Apple’s largest sensors so far. Consequently, the module that houses the cameras is also larger, which has forced the launch of new cases even though the rest of the design is identical to the iPhone 12 Pro.

But the new case may not be the only investment you will have to make if you buy an iPhone 13 Pro; you may also need to change your wireless charger. As The Bitten Apple has first revealed , the new iPhone 13 Pro does not fully fit the MagSafe Duo charger, precisely because of the camera module.

As can be seen in the images, when leaving the mobile on the surface of the charger, it stays at an angle instead of completely horizontal, leaving a gap between the two devices. Which is ironic, because precisely the goal of MagSafe technology was to avoid these types of problems, implementing magnets to ensure that the mobile does not move or create gaps that could affect performance or even safety.

The youtuber Marques Brownlee has confirmed this problem with a real iPhone 13 Pro, and although he has clarified that the charge works , he has shown that the new mobile does not fit perfectly with the charger. It is something that would have been fixed by moving the area for MagSafe a little lower, so it seems a design flaw by the Apple team.

It is perhaps no coincidence that Apple has registered a “revised MagSafe charger” in the US, which will likely fix this and other problems. Because no, this is not the first problem related to MagSafe in just its first year of life, nor the first of the MagSafe Duo, the most expensive of the range for 149 euros; This device is designed to charge a mobile phone and a watch at the same time, but it is not capable of charging at the maximum speed that MagSafe allows, staying at only 11 W with a 20 W adapter, and 14 W with a power adapter. 27 W. In contrast, the basic MagSafe charger can charge at 15 W with a 20 W adapter.

5 Micronutrients You Need to Live a Long and Healthy Life

Why you should use Babyliss dryers in the salon

Tips to Select Perfect Made in Italy Clothing for 2022!