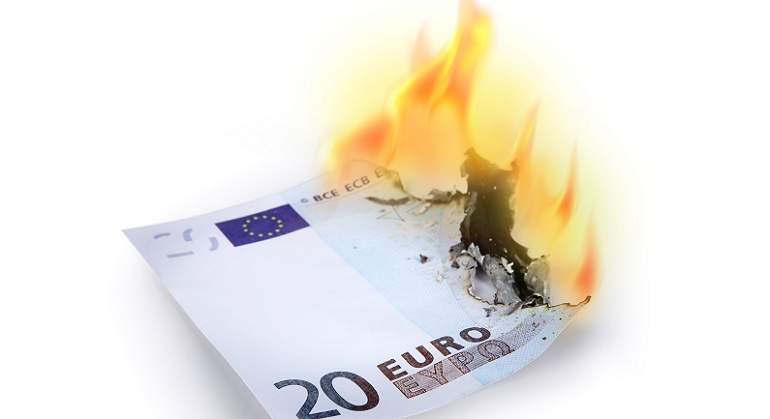 Has the 60/40 portfolio concept that has kept the wealth management world afloat in recent years dead? The investor, more conservative than risky by definition, has traditionally allocated 60% of his long-term investment portfolio to equities – a part that provides juicy returns – and the remaining 40% to fixed income, the part that gives stability. .until today.

“With inflation at 4%, the saver will have to become an investor if he does not want to continue losing purchasing power. It is very likely that in the coming years we will have an inflation higher than the current one, ” they say from Invesco, one of the largest investment fund managers in the world.

The way to prevent the invested assets from losing weight in the context of a higher cost of living is through investing in equities, which are more risky, but where the profitability of dividends is capable of neutralizing the impact of inflationary periods. “In the field of equities , in a study evaluating the period 1980-2010 (which has been a more inflationary period than the average), investment in Spanish stocks offered broad protection against inflation, with up to 10 percentage points annual average profitability above the price increase measured by the CPI [Consumer Price Index].

There is also historical evidence that the dividend yields of listed companies grow above inflation, “says Domingo García Coto, director of the BME Research Service. With data from the manager of the national stock exchange in 2021 the direct remuneration to the Shareholder is growing at rates of 10% until September and, in addition, “it is being strengthened with the repurchase of shares, which could beat in 2021 the record of 6.700 million euros of the year 2019”, concludes García Coto.

From 2010 onwards, the Ibex dividend has offered an average return 380 basis points higher than the average inflation for the period. In the last decade, the return on the index has peaked at 10% in 2012, at which time inflation was at 2%. And this is something that, momentarily, is not happening today.

The dividend loses against the IPC
The problem that inflation has skyrocketed since January – when it was at 0% year-on-year rates – is that the stock market has not had time to change its pace to adapt.

This has caused the return on dividends in Spain to fall below the cost of living, something unusual, although it is an occasional situation.

With data from Bloomberg, the difference between the dividend yield of the Ibex 35 versus Spanish inflation is the largest in history since 2006, with the return to shareholders 0.49 percentage points below a CPI in Spain in the 4%, at the end of September. And the forecast for the month of October – yet to be finished – is for it to climb to 4.4% – and widen this disadvantage. Hence, the forecast of how prices will close in Spain in December has risen in recent days.

The cost of the shopping basket is expected to grow 2.5% this year, 10 basis points more than what was estimated at the beginning of the week, given that the price of electricity – and raw materials Such as gasoline, which is one of the items that most affects families’ pockets, will continue to be at high levels.

Inflation, now unleashed in half the world – in the US it is at year-on-year rates of 5.4% – will close the year somewhat more contained than at current levels. There is a general consensus that the rise in prices is here to stay for a long time. The forecasts speak of inflation of 2.3% at the end of the year and 1.8% in 2022 for the euro zone.

The point is that a similar situation had not been experienced since 2012 (in the midst of the crisis in southern Europe, which was later finished by Mario Draghilowering rates to 0% in March 2016). That year was when the dividend had the greatest advantage over inflation, with a gap of eight percentage points, due to a mismatch between company payments and the financial crisis in the southern European countries.

For its part, the US will experience much higher inflation. The consensus that Bloomberg collects speaks of levels of 4.4% at the end of this year and 3.3% in 2022, this is almost double than in Europe.

What to expect from companies
Estimates of Bloomberg calculate an average return for payment in cash of the Dow close to 4% in 2022, where fashion- -so repurchasing shares is not included. That profitability is 3% for the EuroStoxx 50 and 1.4% for the S&P 500, which will be half of the expected inflation in the US.

On the national scene, there are nine securities that offer a return of more than 7%. At the top of the pyramid is Atresmedia . Analysts predict that it will resume the payment that it canceled with the pandemic with a charge to 2021 and that they would offer 10.4%. It is followed by Enagás, with 9% , Metrovacesa and Mapfre, close to 8%, and ACS (pays in scrip but amortizes the shares), Lar España, Endesa, Telefónica and Logista, above 7%.

How To Get Youtube Dislike Counter Back Now That It Has...