HomeNewsThe 15 Most Instagrammed Architects In The World

The 15 Most Instagrammed Architects In The World 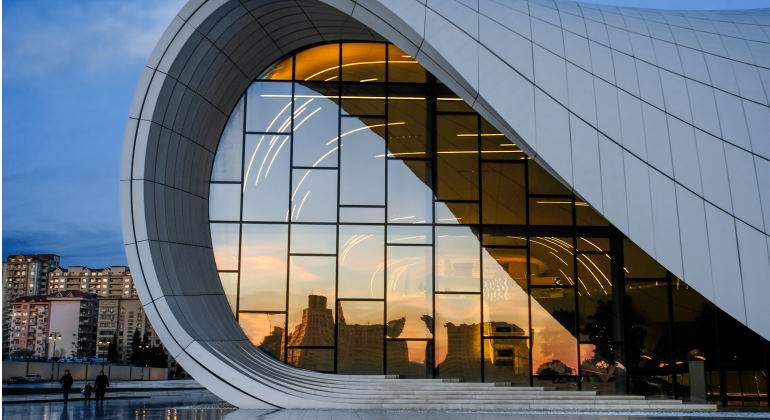 The buildings and monuments of architectural interest are one of the main claims of the cities when it comes to attracting visitors. For this reason, and to commemorate World Architecture Day, which has been celebrated on the first Monday in October since 1985, Musement, a platform for booking activities and experiences in destination, has compiled a list of the most Instagrammed architects of the Contemporary Age. world. His works not only accumulate mentions on social networks, but have also become authentic pilgrimage places for lovers of architectural tourism.

The classification highlights that the variety is the taste, since in the ‘top 15’ there is room for numerous architectural styles, from brutalism to modernism through deconstructivism. Here is the list of the most popular architects based on the times they have been tagged in the well-known social network.

Le Corbusier, more than 523,000 mentions
The famous architect and theorist is one of the greatest representatives of modern architecture. Its relevance is such that, since 2016, 17 of its creations are part of the UNESCO World Heritage Site. These constructions show the renovation of architectural techniques in the 20th century, giving priority to simplicity and functionalism to satisfy the needs of society. Therefore, it is not surprising that some of his projects, such as the Marseille Housing Unit or the Notre Dame du Haut chapel in Ronchamp, are taking social media by storm.

Zaha Hadid, more than 497,000 mentions
The Anglo-Iraqi deconstructivist architect received numerous accolades during her career, including the prestigious Pritzker Prize. His architectural works, in which curves are the undisputed protagonists, are already part of the skyline of many cities around the world. The Heydar Aliyev Center in Baku, the Hungerberg funicular stations or the National Museum of 21st Century Arts (MAXXI) in Rome are a good example of Zaha Hadid’s talent. In Spain, one of its most outstanding projects is the Zaragoza Bridge Pavilion, built for Expo 2008.

Frank Lloyd Wright, more than 363,000 mentions
Throughout his prolific career, Frank Lloyd Wright’s projects were distinguished by their search for harmony between the human habitat and the natural world. Eight of his most important works, including the Solomon R. Guggenheim Museum in New York and the Cascade House in Pennsylvania, were declared a World Heritage Site in 2019. Unesco highlights that Wright’s ‘organic architecture’ , characterized by the original use of materials such as concrete and steel and by the blurring of the boundaries between the interior and exterior of buildings, had a great impact on the development of modern architecture.

Frank Gehry, more than 289,000 mentions
The works of the Canadian architect have become authentic tourist attractions, and a good proof of this is the Guggenheim Museum in Bilbao. The architectural jewel of the deconstructivist style is considered one of the most important buildings of the 20th century. Gehry’s creations are works of art, which once completed are transformed into authentic sculptures, such as the Dancing House in Prague or the Walt Disney Concert Hall in Los Angeles.

Oscar Niemeyer, more than 274,000 mentions
The architect, in love with the “free and sensual curve”, was one of the creators of the city of Brasilia, together with the urban planner Lucio Costa. And precisely there, in the capital of Brazil, you can admire some of its most emblematic buildings, such as the Cathedral of Brasilia or the Itamaraty Palace.

Antoni Gaudí, more than 267,000 mentions
The highest representative of Catalan modernism developed a very personal style, especially during his naturalistic stage. In this period, inspiration in the organic forms of nature, creative freedom, decorative exuberance and curved lines were present in most of his projects. At present, seven Gaudí buildings are part of the World Heritage List (Park Güell, Palacio Güell, La Pedrera, Casa Vicens, Sagrada Familia, Casa Batlló and Colonia Güell), and are among the most interesting places of interest. visited from Spain.

Mies van der Rohe, more than 221,000 mentions
True to his motto “less is more”, the works of the German-born architect are characterized by the simplicity of the structural elements, the creation of open spaces and the absence of unnecessary ornaments. His most Instagrammed creations include the New National Gallery in Berlin or the Seagram building in New York.

Tadao Ando, ​​more than 208,000 mentions
A boxer in his youth and a self-taught architect, with more than 208,000 mentions, Tadao Ando ranks eighth in our ranking. His creations combine elements and materials of modern architecture and traditional Japanese architecture. Simple geometric shapes predominate in its buildings, and elements of nature such as light and water play a fundamental role, helping to create spaces that promote serenity and meditation. The Church of Light in Osaka, the recent rehabilitation of the Paris Stock Exchange or the Wabi House in Puerto Escondido are some of the most shared works on social networks.

Renzo Piano, more than 200,000 mentions
Renzo is considered one of the most influential and prolific architects of the 20th and 21st centuries. One of his most famous creations is the Pompidou Center, projected together with Richard Rogers. The museum building was very innovative in the 70s, and its network of blue, red, yellow and green pipes did not leave anyone indifferent. In Spain, the Centro Botín designed by the Italian architect also triumphs on Instagram.

Alvar Aalto, more than 178,000 mentions
The famous Finnish architect is known throughout the world not only for his architectural works, such as Villa Mairea or the Paimio sanatorium, but also for his furniture designs, which continue to be a trend today. His architectural works reflect his desire to “humanize” architecture, creating functional and ergonomic spaces.

They complete the ‘top 15’ of architects
The architects of such wonderful projects as the City of Arts and Sciences (Santiago Calatrava), the renovation of the Reichstag building (Norman Foster), the Louvre Abu Dhabi museum (Jean Nouvel), the Breuer Building (Marcel Breuer) and the Porto Music House (Rem Koolhaas).