HomeNewsRear-View Mirror Scam, How A Bad Hit On Car Can Lead To...

Rear-View Mirror Scam, How A Bad Hit On Car Can Lead To A Money Scam 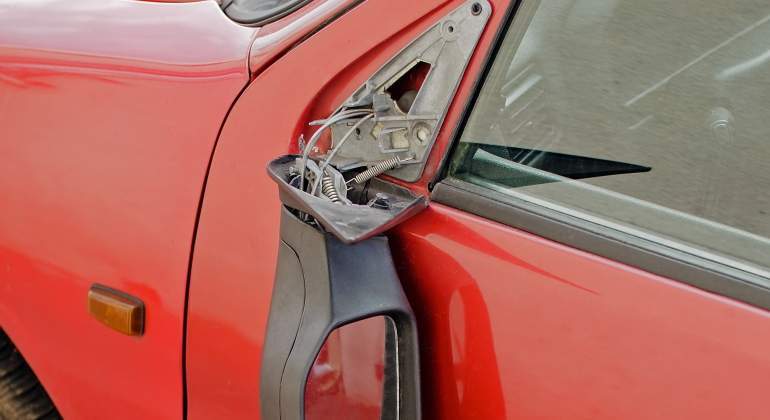 Not new, although it has been detected again in recent months , there are several drivers who have notified the police of a scam that involves a car and a false call to insurance . The one known as ‘mirror scam’ because this element is the hook on which the plot begins, this leads to a theft that can reach up to 1,500 euros .

With the return to normality on Spanish roads, as evidenced by the mobility data of the DGT, traffic accidents have also returned. More minor claims due to the accumulation of vehicles that in most cases are solved with an exchange of papers and a call to insurance .

However, certain criminals try to take advantage of this situation in what is known by police officers as the ‘rear-view mirror scam’. A scam that seeks to steal money , especially from more naive drivers such as the elderly , to solve a damage for which they have not really been at fault.

What is the mirror scam?
And it is that this scam begins with a blow, caused, by which the scammer’s rear-view mirror explodes . Arguing that it is the other person, the victim, the culprit of the incident, the criminal who is usually a foreigner explains that these types of incidents with international insurance take a long time to be fixed.

For this reason, he leaves a phone number to the scammer, saying that it is his insurer but when in fact he is an accomplice. When calling to try to solve the incident and give the data of the driver and the vehicle, the false insurer reflects that the payment for the broken mirror is around 1,500 euros.

To facilitate this collection, it is maintained that the deposit must be made directly and not through the insurers, at which point, after accepting the operation, the scammers do not leave a trace again and flee with the scammed money .

What to do about the mirror scam?
As in any plot, the police advise not to trust these direct means of payment , without official companies involved and who seek trust and agile collection so as not to leave a trace. In addition, through the Civil Guard profiles it is reported that in 062 these events can be reported at any time of the scam.

Finally, insurers, always mandatory for driving a vehicle, are there to solve this type of incident, such as the breakage of a rear-view mirror (their own or someone else’s). Whether or not it was at fault, the DGT always makes it clear that all data must be provided and an incident reported . In addition, in case of doubt, you can consult your official channels to find out what to do at all times in order to improve the repair.

Why Coffee Drinkers Love Brazilian Cerrado Coffee the Most?