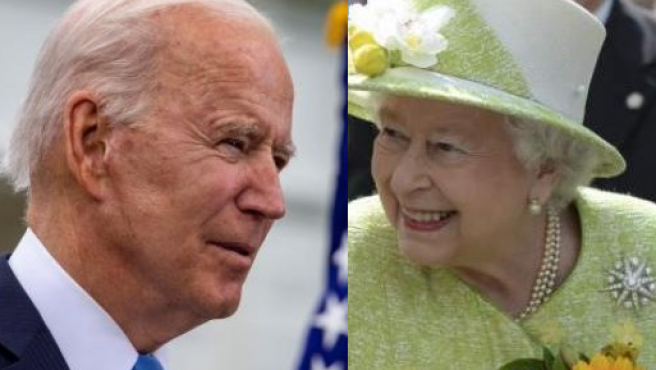 On June 13, Queen Elizabeth II will receive the President of the United States, Joe Biden , and the first lady, Jill Biden , at Windsor Castle, on the outskirts of London , Buckingham Palace reported on Thursday.

The meeting between the British head of state, 95, and the president of the United States , 78, will take place on the last day of the summit of the Group of Seven (G7, richest countries in the world) to be held from 11 to June 13 in Cornwall, southwest England.

This will be Biden’s first visit to the UK since he assumed the US presidency last January.

Specifically, the G7 summit will be held in the town of Carbis Bay amid strong restrictions due to the pandemic, which has forced the British Executive to reduce the number of accreditations for the international press.

In Cornwall will be the leaders of the United Kingdom , Canada , France , Germany , Italy , Japan and the United States, as well as the European Union (EU), while those of Australia , India , South Korea and South Africa are invited .

In a statement, White House spokeswoman Jen Psaki gave more details about Biden’s first overseas trip as president, which will take him to Cornwall, UK, Brussels and Geneva from June 9-17 .

Psaki said that on June 10 , upon arrival in the United Kingdom, Biden will meet with British Prime Minister Boris Johnson .

Joe Biden’s European Tour
Biden will travel to Brussels, where on June 14 he will participate in the NATO summit to “reaffirm the United States’ commitment” to the Atlantic Alliance, “transatlantic security and collective defense,” Psaki said.

That day, Biden will also meet in Brussels with Erdogan , in what will be the first meeting between the two since the first came to power in January.

Biden had a cold relationship with Erdogan when he was US Vice President (2009-2017) and since occupying the Oval Office he has starred in several tensions with the Turkish president, the most recent related to the Israeli offensive in May in Gaza.

On June 15, Biden will participate in a summit between the United States and the European Union (EU) , focused on “the security of the global health system, the stimulation of global economic recovery and the fight against climate change, ” among others. topics.

Biden will also meet in Brussels with the King of the Belgians Felipe and the Belgian Prime Minister , Alexander de Croo.

Finally, Biden will travel to Geneva, where on the 16th he will hold a bilateral summit with his Russian counterpart , Vladimir Putin , in addition to meeting with Swiss President Guy Parmelin and the country’s Foreign Minister, Ignazio Cassis.

The meeting between Biden and Putin will also be the first between the two since the former came to power and aims to reduce tension in a relationship marked by disagreements over the sovereignty of Ukraine , the Belarusian regime and the alleged cyber attacks in Moscow.

How To Avoid It September Bank Fees And What You Will...