HomeNewsOnly Half Of The Experts See A Year-End 'Rally'

Only Half Of The Experts See A Year-End ‘Rally’ 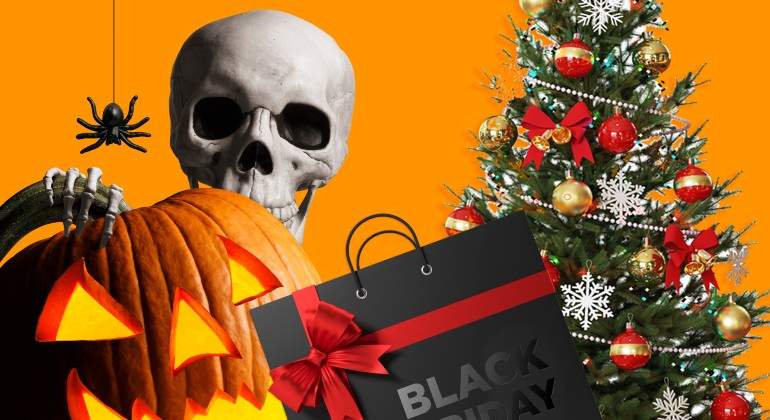 The second part of the saying Sell in may and go away … is that that money returns in October following this theory that is fulfilled – unlike others – as a general rule. And the bags are already there. Although, it is not trivial, this year is different. Why? On the one hand, the markets have a considerable rally behind them, looking for a way to recover all or part of the escabechina that the Covid supposed for their valuations. On the other hand, despite the bulls in the market, investor sentiment has been in the doldrums for weeks .

Not only took advantage of the Evergrande crisis in Chinato make the most optimistic give up, but there are those who fear that any excuse will be used – such as inflation or massive sales in the American bond – so that this 2021 breaks with tradition and closes with a bearish quarter.

The experts, on the other hand, are still confident that from October to December the stock markets will be able to shake off doubts and close at levels higher than those that are trading today. According to the survey carried out by elEconomista with the collaboration of 15 analysis houses, brokers and fund managers, 53% of the experts believe that the indices will be able to shelve the year of recovery from the pandemic at levels above those current.

There is another 27% who believe, on the other hand, that the fourth quarter of the year will be clearly bearish for the markets and that they will suffer a correction. And, thirdly, 20% think that the stock markets will maintain what they have now achieved without going backwards, but not without great joys either.

And it is relevant taking into account that the period that opens in October is for consumption par excellence, which this year could come with more force if possible taking into account all the impounded savings that the confinements have brought with them . Holidays, such as Halloween and, above all, Christmas, and days such as Black Friday -very popular in the United States- and Single Day -which is celebrated on November 1 (11th month) in China- are clear drivers of spending on households.

Also, the story is on the side of the bulls. Looking back to the year 2000, the main continental indices have risenin the period from October to the last day of the year. On average, and with data compiled by Bloomberg, the most bullish index has been the Dax, with gains of 7.2% over these 21 years and has risen 86% of the time. The least, the S&P 500 with gains in 71% of the years and an average advance of 4.2%. The EuroStoxx has recorded gains of 5.4% in the last three months of each year since 2000.

And what about the Ibex? It has risen in 13 of the 21 years -62% of the time-, with a revaluation that is 3.3%. And it is nothing new. In the annual balance, with stock exchanges such as the French, the German and, of course, the US that have reached historical highs -now no longer after recent corrections-, the Ibex scores a revaluation of 9% in the year, half that of Paris, and below 15% of the S &

Reasons for optimism …
That is precisely one of the arguments of professionals to be positive with the remainder of the year: “October is traditionally a stronger month , especially when a mini correction like last week is overcome,” they point out in Argenta Patrimonios , where they see the Spanish stock market at the end of the year slightly above the current level and also the S & P500.

“Professional managers who have been largely negative or neutral, and therefore carry a lot of unproductive cash, will be forced to return to the market for a likely fourth-quarter rally,” they add.

Along the same lines, Francisco Sainz , CIO of Imantia Capital, also believes that the greater caution of investors that we have seen so far “could facilitate a portfolio recomposition for 2022 as an additional factor for a supported market.” Sainz also points out that the economic cycle continues to be one of expansion, corporate profits continue to rise “and we do not see an abrupt withdrawal of stimuli by central banks despite the fact that inflation is more persistent than the market had expected. anticipated”.

From Capitalia Familiar they recall that the fundamentals are, in general, cyclically favorable, “and there are still quite a few sectors (not all) and stocks with an upward trajectory on both sides of the Atlantic”.

“We will be able to continue in the cycle, although we have already seen the great phases of expansion”
The thesis – of improvements in business results, support of the economic cycle, and of monetary and fiscal stimuli – is repeated in most of the professionals consulted, who indicate, however, that the good market tone may not be without volatility for the next few weeks.

Beatriz Catalán, head of asset allocation at Ibercaja Gestión, states that the moment of the economic cycle, which is what guides the evolution of the market in the end, is somewhat more mature, but the health of consumers remains strong, so as they evolve production problems associated with disruptions due to lack of componentsIn many industries that are delaying many production processes, “we will be able to continue in the cycle, although we have already seen the great phases of expansion.”

Catalán warns that from now on business results will not have such easy comparables and neither will such spectacular growth rates occur, “which will translate into a more normalized market behavior in the medium term.”

Where they expect some kind of correction in the coming weeks is in XTB, ” precipitated by the start of the withdrawal of stimuli , negotiations on the debt ceiling, new variants of the coronavirus or spikes in inflation.” In spite of everything, “we see all the main world references above current values ​​for the end of the year.”

… and for pessimism
On the other side of the coin, the main argument used by 27% of professionals who estimate that there will be no rally at the end of the year is the level at which the stock markets are already trading. Gonzalo Sánchez, investment director at Gesconsult, thinks that the international stock markets will end the year below current levels “since even with the complacency derived from the central banks we have a downward macro picture at a global level, and an inflationary risk with outstanding protagonists (energy, semis and freight) “.

To which we must add “some international indices at maximums”, he says, while pointing out the particularity that concerns the Spanish market:”His case is a little different, since by assessment the path is clearer, and it has a catalyst, which is the exposure to services at a time of recovery in mobility, which leads to a macro recovery from low levels.”

From Norbolsa, for their part, they think that the indices have already valued the positive factors that we are seeing in the markets (relaxation of anti-Covid measures, consolidation of the economic recovery, implementation of fiscal stimuli … ). “We think that the trend in the stock markets until the end of the year may be negative . This view is based on the doubts generated by the start of tapering in the United States, the breakdown of global supply chains, the risk of entering a energy crisis, and the possible impact of the Evergrande crisis on China’s economic growth “, which has introduced so much volatility in recent weeks.

In tables
“The year already has an acceptable profitability for the year in which we are,” says Víctor Peiró, general director of analysis of GVC Gaesco, who expects that, on the contrary, the stock markets close the year close to the current levels, “the situation problems of supply and transport can slow down the expected benefits. The markets have already discounted the expected improvement so far and we do not think that they will be revised upwards, but that they will be maintained “.

The increases in the year so far “may represent a psychological wall for the coming weeks,” agrees Virginia Pérez, director of equities at Tressis, who highlights that, currently, there are both positive and negative factors on the table. Among the negatives, the energy crisis, which poses a great risk to growth . “The increase in energy and industrial costs could put pressure on margins of companies that are not able to transfer them to final prices,” says Luis Merino, head of fund of funds at Santalucía AM. On the positive side, says Merino, ” the low interest ratesthey place equities as one of the few investment alternatives that can beat inflation in the coming years. “