HomeNewsNew Neighborhoods, Higher Prices And The Blue And White Zone

New Neighborhoods, Higher Prices And The Blue And White Zone 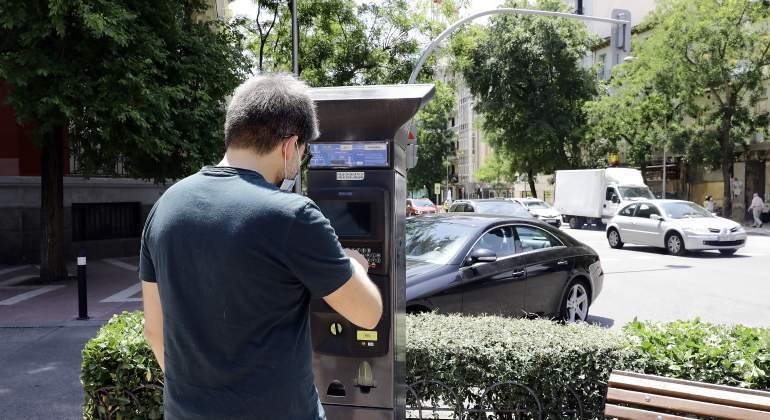 Still without official confirmation, but with a clear idea on the table , the Madrid City Council is working these days to introduce new changes in the Regulated Parking Service (SER) areas. The most central streets where parking meters are located and where parking costs money that, in the coming months, could cost even more, expand into more areas or change according to pollution levels .

Madrid continues to finalize its plan to protect the environment. Known as Madrid 360 , the replacement measure of the previous consistory goes far beyond what is known as Madrid Central and, in addition to expanding the restrictions on the radius of the M-30, it will also bring news regarding the SER zone.

Some streets that were paid for parking, except for a few rare exceptions on specific days, hours or groups, and that will expand their range of action with the new measure that José Luis Martínez-Almeida is considering. This has been confirmed by the delegate for the Environment and Mobility of the City Council, Borja Carabante, in an interview with Servimedia .

“The idea is that, depending on the pollution and the technology, everyone pays differently and that they can park, but with a penalty depending on the levels. It will be more expensive for the vehicles that pollute more , to avoid the maximum levels of pollution. and that the Anti-Pollution Protocol has to be activated with more restrictive measures, “Carabante remarked in the aforementioned interview.

The prices of the parking meters can be known 24 hours in advance
In this way, a plan that was already being managed for months is confirmed and that once it has the go-ahead will leave a varying price according to the expected pollution for each day. Of course, it will be possible to know 24 hours in advance how much will be paid, in a clear dissuasive measure to enhance public transport.

20 new neighborhoods with SER zone
In the same way, the SER zones that will enter with parking meters in up to 20 new neighborhoods are being expanded. Of course, this pending neighborhood demand , so it must be approved in each district, these would be the new regions of the capital with a payment system for parking:

These will be placed around schools, hospitals, shopping centers , institutional buildings or places where the circulation pressure is constant and a continuous rotation of vehicles is necessary. All in order to move towards a capital freer of polluting gases, while introducing measures that already work in other large European cities.

Who Is Behind Oasiz Madrid, New Shopping Center That Will Revolutionize...

After Four Centuries Oxford University Stops Printing Its Own Books