HomeNewsMetaverse Also Comes To Work: Facebook, Microsoft And Other Companies Compete For...

Metaverse Also Comes To Work: Facebook, Microsoft And Other Companies Compete For It 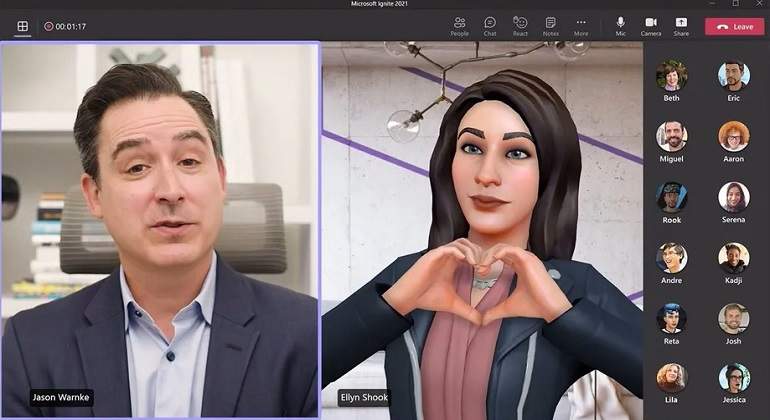 Last week Facebook announced that it would change its name to Meta . A new definition that, according to its founder, Mark Zuckerberg, better encompasses everything the company does today, and that goes through its vision of a future in which augmented and virtual reality have a much more present weight in lives of all.

Although it still sounds too much like science fiction , the bet of the old Facebook already has some points of connection with the present through its Oculus glasses. But, beyond the world of video games, it is possible that work, and especially remotely, is the first great testing ground for all these technologies.

Meet by video call … with an avatar
There are several companies that have begun to bet on it. This week Microsoft has recovered Mesh, a proposal around augmented reality now integrated into Teams . Also, venture capital firms Sequoia Capital and Index Ventures have invested $ 50 million in Gather, a company that allows companies to design their own virtual offices and conference rooms using a series of video game-like templates.

With Mesh, which will be integrated into Teams next year, Microsoft will try to make meetings more interactive, after months in which people have been working from home and hybrid work is commonplace.

“We were hit by meeting fatigue in the virtual world,” explains Nicole Herskowitz, CEO of Microsoft Teams, in an interview with The Verge . “After 30 or 40 minutes at most in a meeting, it was very difficult to stay focused.”

To entertain and not make the person who is 100% pending the meeting, Microsoft Teams will incorporate new 3D avatars into something that can begin to resemble the concept we understand by metaverse. These avatars will be able to represent you literally in both 2D and 3D meetings, so you can choose to have an animated version of yourself if you don’t feel like turning on your webcam.

Everything, as we say, to alleviate digital fatigue. Of course, everything will depend on acceptance, since the interlocutor may want to see our faces. Or perhaps, at some point, we live in a world where it is common to speak to an animated representation of another person . Right now, in any case, it seems like it sounds weird.

“We are able to interpret your vocal signals to animate that avatar, so it does feel present and seems to be there with you,” they explain from Microsoft.

Microsoft will use AI to hear the voice of the interlocutor and then animate the avatar. If moving to a more immersive 3D meeting, these animations will also include raising the avatar’s hands to ask to speak.

Microsoft also envisions that there will be virtual spaces within Teams where people can network and socialize with games or even use Microsoft applications to collaborate on projects.

Facebook, for its part, seems that for the moment it has made its big bet without launching a specific proposal in this regard. We will see if indeed the metaverse is the new field of competition for big technology at work, or if talking to avatars does not quite convince us.

How To Inform Gutter Cleaners in Perth About Your Needs?