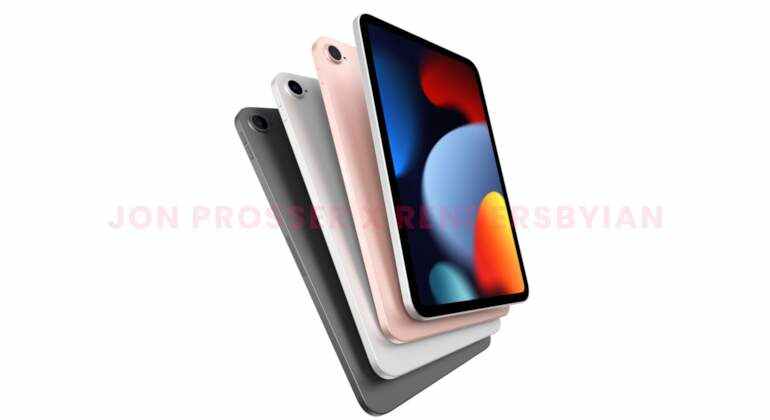 Apple is very close to introducing the new iPad Mini, with a launch scheduled for next fall. The new Tablet will follow the design lines released with the iPad Pro, but in a much smaller and more manageable format.

At the moment, Apple’s range of tablets is divided into two. On the one hand, we have the iPad Pro and the iPad Air, both very modern and advanced models, with the latest technology such as Mini-LED screens, an all-screen design or a fingerprint reader on the power button. On the other, we have the “old guard”, the iPad Mini and the basic iPad, which continue to maintain the classic Apple design, with the large borders and the Home button on the front.

This fall, yet another model will join the new style. The new iPad Mini has been the subject of rumors for months now, but now we have the best idea of ​​how it will be. Last weekend, Bloomberg’s Mark Gurman posted what he knew about the new device based on internal Apple sources, and Jon Prosser posted rendered images; both are the benchmark when it comes to Apple leaks, so this data is considered nothing short of final.

The new iPad Mini will adopt the all-screen design , with minimal borders; It should be a lot like the iPad Air, but smaller, and we’re not just talking about looks. It will also inherit many of the technologies from its “big brother”, such as the Touch ID reader on the side.

Although the iPad Mini will remain? “mini” in size, the reduction of borders will allow to use a larger screen in the same space : Apple works on a screen of 8.5 or even 9 inches, compared to 7.9 inches of the current iPad Mini.

Gurman describes the new model as “the biggest redesign in the nine-year history” of the iPad Mini, and the truth is that that will not be very difficult.

The last time Apple touched the iPad Mini was in 2019, and only to put a new A12 processor in it, leaving the already obsolete design intact; Since then, it continues to offer this tablet that is too expensive for what it offers, compared to the competition. Hopefully the new iPad Mini will bring a more powerful processor , probably the A14 Bionic, although there may be surprises.

This tablet made me forget about the iPad Air, for now: Samsung Galaxy Tab S7 FE test

As can also be in the iMac. According to Gurman, Apple is not going to settle for the redesign launched last April , and is preparing a larger screen model; It will probably be the replacement for the 27-inch models , which still use Intel processors. It is a mystery if Apple will opt for the M1X, an improved version of the M1 that carries the new iMac, or for the M2, a new and much more powerful processor.

Sprinting – it’s not only good for Usain Bolt!

Why Do I Take The Metaverse So Seriously