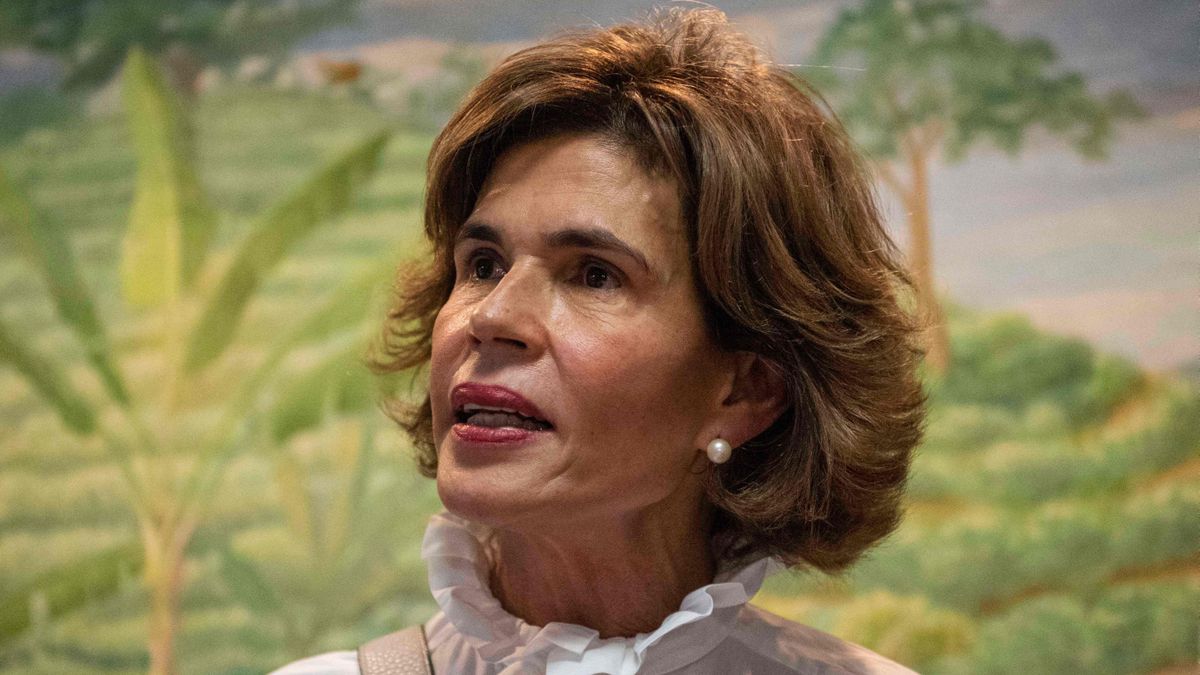 International pressure to free the Nicaraguan opposition Cristiana Chamorro , held in her home under heavy police surveillance, has grown with the pronouncements of the United States, Spain and France.

Judge Karen Chavarría Morales, head of the Ninth Criminal Hearing District of Managua, which authorized the search and arrest warrant against Chamorro, authorized the police to extract all the information from the opposition leader’s electronic devices. The police may use a computer specialist to extract all the information from mobile phones, tablets and computers, including emails, images, videos, text messages, audio via WhatsApp, among others, according to sources close to the case.

Chamorro , daughter of former president Violeta Barrios de Chamorro (1990-1997), who defeated current president Daniel Ortega in the 1990 elections , remains confined in her residence, in an exclusive area south of Managua, after a judge ordered her arrest and search of your home.

The prosecution accuses the 67-year-old journalist, former director of the closed NGO Violeta Barrios de Chamorro Foundation for Reconciliation and Democracy , and the opposition figure most likely to win the presidential elections in November, for the crimes of abusive management , ideological falsehood , both crimes in real competition with laundering of money, goods and assets .

The president of Nicaragua, Daniel Ortega, 75 , has been in his second stage as president of Nicaragua for 14 years and five months, after coordinating a Governing Board from 1979 to 1985 and presiding over the country for the first time from 1985 to 1990. He aspires for the eighth time to the presidency in the elections of November 7.

The US charges against President Ortega
The United States has appealed to the Nicaraguan government “to immediately release the opposition leader” Chamorro and two NGO collaborators. “His arrest on false charges is an abuse of his rights and represents an assault on democratic values, as well as a clear attempt to thwart free and fair elections” on November 7 in Nicaragua, the spokesman for the State Department of the United States said. United, Ned Price, in a statement sent to Efe by the US embassy in Managua.

Prince maintains that “the Ortega regime has pledged to prohibit the participation of Mrs. Chamorro in the November elections, and in May, it baselessly canceled the legal status of two opposition political parties.” The US spokesman has explained that Ortega “instituted more restrictions and reduced electoral transparency”, instead of implementing electoral reforms before the May deadline established by the Organization of American States (OAS), thus “the current conditions repression and exclusion are not consistent with credible elections. ”

“The region and the international community must unite with the Nicaraguan people in support of their right to freely choose their government,” he advocated.

Criticisms of Spain and France
For its part, the Spanish Government has expressed its “concern” about the arrest and disqualification of Chamorro for the November presidential elections, and also expressed concern about the “continuous harassment of journalists and independent media” in the Central American country.

Through a statement from the Ministry of Foreign Affairs, the Spanish Executive has indicated that these “serious events and the current political dynamics reduce the spaces for dialogue and coexistence in Nicaragua and put the democratic legitimacy of the general elections at risk.”

For this reason, it considers that these measures “must be reversed, putting an immediate end to the retention of Mrs. Chamorro and vacating her home, as well as guaranteeing the free exercise of fundamental rights for all citizens and social and political actors.”

France has also urged the Nicaraguan government to release Chamorro “immediately” and has condemned “firmly” that they have disqualified her from running for public office, a measure that it has described as incompatible with the democratic process.

“France firmly condemns these measures, which are incompatible with a free, honest and transparent electoral process, and requests the immediate release of Mrs. Cristiana Chamorro,” the French Foreign Ministry has indicated. Spain and France thus join the rejection expressed by the European Commission, which asked Ortega to release Chamorro.

Democratic clause
Some thirty MEPs asked the EU High Representative for Foreign Policy, Josep Borrell, to apply to Nicaragua the “democratic clause” of the association agreement with the Central American countries for human rights violations.

The MEPs fear that Ortega can “follow the footsteps of populist dictators and tyrants in the region and try to stay in power at the expense of freedom, justice, prosperity and democracy in their country.”

The Hemispheric Front for Freedom , made up of politicians, non-governmental organizations, former diplomats and academics from 15 countries, joined in the international condemnation of Chamorro’s condition and has made an “urgent” appeal to all the democratic forces of the continent to repudiate “this rude and arbitrary political manipulation” with which Ortega “seeks to prolong his already long tenure in power.”