HomeNewsInflation, A Serious Setback For The Recovery In Spain

Inflation, A Serious Setback For The Recovery In Spain 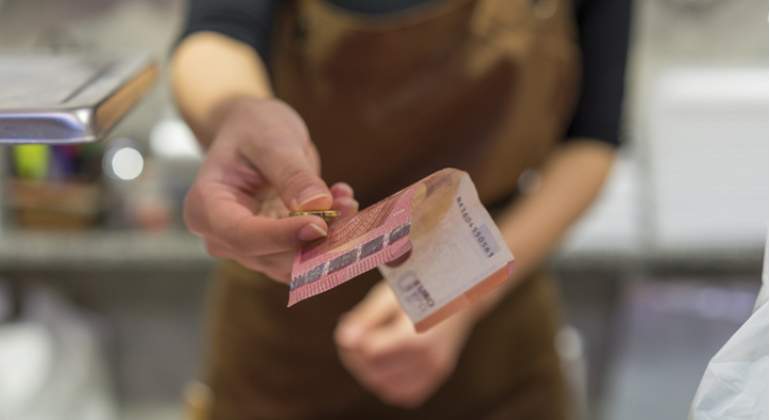 The economic and employment recovery may be overshadowed by rising inflation. Since the beginning of the year, the rate of increase in prices has accelerated. This fact can have negative consequences for the economy.

Inflation in the Eurozone stood at 3% year- on- year in August , when the objective of the European Central Bank is a rate slightly above 2%. In Spain, it reached 3.3%. Forecasts suggest that it will accelerate even more in the coming months , due to energy prices, the economic rebound after the stoppage caused by Covid-19, the strong growth in the costs of maritime transport of goods and bottlenecks in global supply chains.

The most optimistic consider that this rebound in inflation is temporary and that it will subside next year. But this perspective underlies the idea that economic agents are not going to react to price escalation, nor is the European Central Bank going to change its monetary policy strategy. Both assumptions are far from guaranteed.

The first problem is the adaptation of income to the evolution of prices. Inflation implies a loss of purchasing power, especially important in the case of Spanish households as a result of the drastic increase in electricity bills. If it is intended to compensate for this deterioration with wage increases that are not justified by productivity gains, two things will happen.

On the one hand, the cost of work will become more expensive, with which companies will hire fewer people, which will slow down the recovery of the economy and employment. On the other hand, if companies are forced to raise salaries and transfer that rise to their prices, they will lose competitiveness and more inflation will be generated.

In this context, it would be necessary to carry out a policy of salary moderation, at least for one or two years. The problem is that the government’s insistence on raising the minimum interprofessional wage this year, contrary to what the companies say, is an incentive to also demand wage increases in collective bargaining, with the problems that this would entail.

But, on the other hand, if there are no wage increases, households will lose purchasing power and consumption, which accounts for two-thirds of GDP, will slow down. In other words, in both cases, the economy will suffer, but it is better to opt for wage moderation because the damage that inflation can cause can be much more profound, lasting and painful.

Second, there are the rents. If they are revised with inflation, a part of the families will lose purchasing power , although others, the owners of the real estate, will maintain it. The fundamental problem, on this side, resides in the rents of offices and commercial premises.

A revaluation of its amount according to the CPI can put many small and medium-sized companies in trouble , which are those that have suffered the most from the consequences of the crisis and those that are in a more precarious economic and financial situation. If the rents are added to the salary increases and the increase in the electricity billSMEs are going to have a very bad time. This always has very negative consequences on employment and on the economy as a whole.

The last incomes to be taken into account are pensions and other social benefits, together with the salaries of public employees. The problem with these elements is different. Updating it with inflation increases public spending and may lead to higher growth in the budget deficit. The revaluation of pensions with the CPI, furthermore, aggravates the already battered financial sustainability of Social Security.

The Government, until now, has been financing the budget deficit by issuing public debt , thanks to the bond purchase programs of the European Central Bank . These programs, however, are an autonomous factor in creating liquidity beyond the needs of the economy. Here’s the thing. Inflation is always and above all a monetary phenomenon. Fighting it means ending bond-buying programs and starting to raise interest rates. The hawks of the ECB have long demanded these two measures and now they are gaining strength and supporters.

In this context, the Government would necessarily have to start the budgetary adjustment, without having consolidated the recovery,because it would have more and more difficulties to obtain financing and at reasonable interest rates. This restrictive fiscal policy, however, would put a new brake on economic growth, while higher interest rates would work against investment and limit the demand for credit.

The return of inflation, therefore, comes at a bad time for the Spanish economy, which, as a result, may now suffer the consequences of not having carried out the pending structural reforms. If the government initiates them now and applies a policy of income moderation, the blow could be much softer.

How to Overcome Anxiety with Alprazolam Xanax 1mg