HomeNewsInflation, A Real Problem For Citizens

Inflation, A Real Problem For Citizens 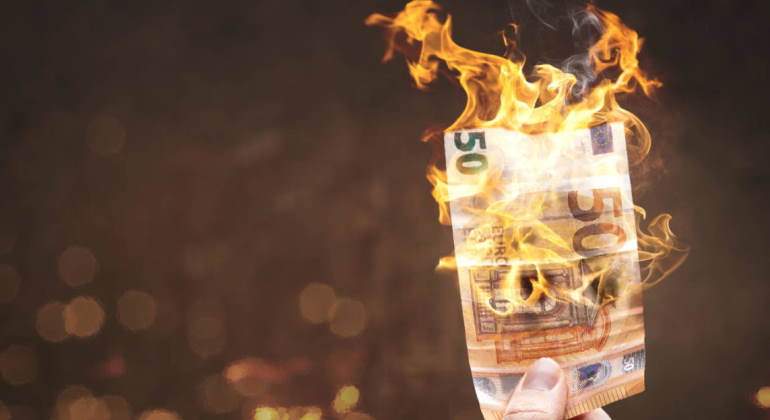 For a few months it has become more and more recurrent to read about the rise in the cost of all kinds of goods and services. It is not a problem that affects a specific country, but globally. When you turn your attention to the financial press, you discover that, in an almost monotonous way, everything seems to be about the transience or not of inflation.

And from there we could go to the cost of housing, whether you want to buy or if you choose to rent, to cars due to the lack of semiconductors, to wood, to feed, to fertilizers, that is, to almost everything.

Nobody wants to assume responsibility for the problem that affects us, although there really are culprits. In my opinion, the obsession to get out of the deep recession caused by COVID in 2020 was such that no Central Bank or Government stopped to think about the consequences of the unprecedented stimulus measures that were implemented.

The most obvious is precisely the unleashed inflation that we are experiencing today. It is an inflation that originates from a demand created with steroids through massive injections of fiscal and monetary stimulus, on the one hand, and on the other hand, a lower than usual available supply due to the destruction of the productive fabric, the lack of investment in port distribution logistics, the anti-globalization movement that has awakened the pandemic due to the lack of basic goods and supply problems and bottlenecks that have formed globally.

But the most serious problem is not that there is inflation, but that real inflation, that which all citizens pay, is much higher than what our leaders want to recognize through official figures. When you analyze the problem from the correct perspective, you discover that something strange is happening. How can it be that in Europe we have inflation levels of 4.1% and that interest rates are between -0.50% and 0%?

At the end of 2007, inflation also reached levels around 4% but interest rates were at 4.25%. Two decades ago, with inflation of 3.1%, rates were at 4.75%. Furthermore, at that time the ECB was not buying sovereign and corporate debt as it does today through QE or “quantitative easing” programs.

As much as I try to make sense of the fact that real interest rates are at -4.5%, I can only find one logical explanation. Two decades ago the average debt of governments within the euro zone relative to the size of its economy was only 55% and now it is around 100%. If we analyze specific cases of large economies such as the Italian, French, Spanish or Belgian, we discover that the indebtedness far exceeds that 100%. Of all the relevant countries only Germany is spared. The US faces inflation above 5% and debt to GDP of around 120%.

Unfortunately, this tendency to get into debt also affects companies and individuals, who cannot resist the temptation to resort to lines of credit or loans, seeing that interest rates are at historic lows. Only when one comes to understand to what extent our economic model rests on chronic debt can one understand the reason for the denial of the Central Banks in light of the inflation data of recent months. They cannot recognize that there is an inflation problem because they cannot afford to make the cost of money more expensive, because if interest rates rise, the economic model that we have created would collapse.

So we are at a dead end. History has shown that cheap money invites you to borrowand, when these conditions are maintained for too long, that debt begins to be used for unproductive spending, that is, spending the future return of which does not allow for the repayment of the debt itself. Due to the inevitable drop in productivity, economic growth is increasingly weak, as it has been in Japan for decades. And as with the Japanese case, there is no happy solution to the problem we have created.

To prevent entering a new recession, those responsible for fiscal and monetary policy will decide that more stimuli must be injected, which will be done by issuing more debt and that will condemn us to continue down this impasse. What about inflation? Do not worry that, according to the Central Banks, it is a transitory phenomenon.

Why Hiring Auto Wrecker Services Might Be Beneficial for Getting Rid...