HomeNewsHow University Students Can Get Vaccinated On Their Campuses 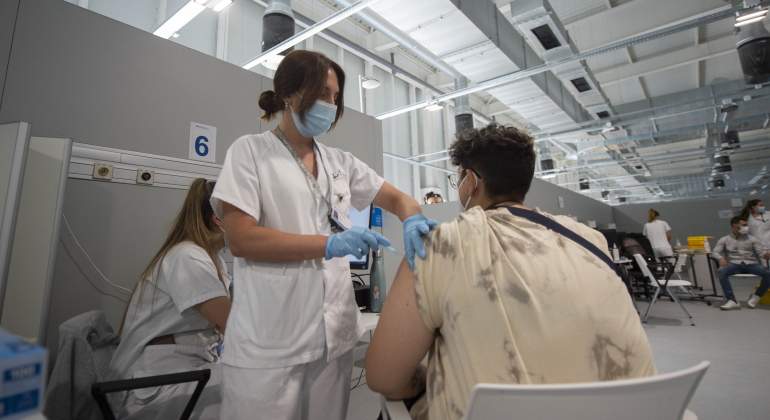 The Community of Madrid has taken another step to increase the rate of vaccination in its territory and, taking advantage of the beginning of the school year, will administer doses in up to 13 centers in the region. In collaboration with the Red Cross , for what will be done in campaigns similar to those of blood donations, the objective is to finish inoculating the more than 300,000 university students that populate the Capitoline classrooms.

With immunization over 70% of all young people in Madrid in the first dose, and about 60% complete pattern , the government led Isabel Diaz Ayuso will enhance from next week dose administration in this important sector. More with the return to the university year and in view of the fact that the capital, and its municipalities, are already beginning to fill with schoolchildren from different parts of Spain.

And it is that this will not be a problem for vaccination in the universities of Madrid, that of not being from Madrid. As confirmed by the regional authorities, in agreement with the rectors of all the centers, the administration of doses will be enabled both for local students and for those from other provinces .

What requirements must be fulfilled?
This, simply being a university student, will be one of the main requirements to be able to access these vaccination sites. In addition, without the need for an appointment , as is already the case in other vaccination points such as the Palacio de los Deportes, a high number of young people are expected to attend the process.

Of course, only suitable for those who have not yet received a vaccine schedule , since those who already have the first dose must follow the steps set by the center they attended, the Community wants to help increase that more than 75% of people between 12 and 25 years with the first vaccine. In the same way, as it is also for non-residents in the region, this will help to achieve higher quotas in other autonomies.

Where will the vaccination centers be?
With 18 vaccination teams in total, as agreed by Ayuso, the councilors of Education and Health and the rectors of the large universities, these will be distributed by 13 different locations . Not permanently and still without confirmed exact dates, so these centers will rotate , these are the campuses that will be enabled from next week:

Want To Step Up Your Blogger Outreach Agency? You Need to...

How to Choose the Best Modern Bathroom Vanities for Your House?

Combining Two Simultaneous Jobs, The New Fashion Thanks To Teleworking