HomeNewsHeineken Will Return The Water From Its Beers Made In Madrid To... 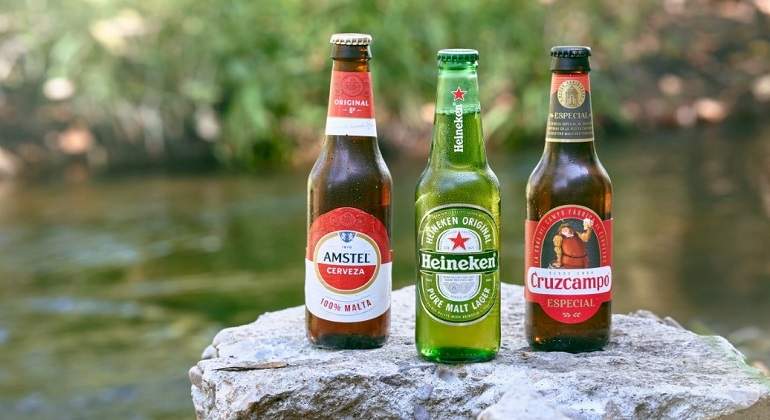 Heineken Spain advances in its fight against water scarcity and climate change with the Jarama Project, an initiative developed together with the Tajo Hydrographic Confederation and the Community of Madrid that will allow the Jarama basin to be restored in a natural way around 500 million liters of water each year.

Thanks to the Jarama, Doñana and Albufera projects, the four factories that the brewery has in Spain will achieve a neutral water balance this year, making beers from brands such as Cruzcampo, Heineken, El Águila or Amstel return all the water they they contain the river basins that supply them.

Heineken Spain has presented the actions of the Jarama Project, an initiative that will allow 500 million liters of water to be restored naturally to the Jarama river basin . An amount equivalent to two billion beer canes, which will bring its San Sebastián de los Reyes factory to neutral water balance this year.

Public-private collaboration is once again key in this project developed together with the Tagus Hydrographic Confederation and the Department of Environment , Housing and Agriculture of the Community of Madrid to ensure the most positive impact on the local community and the natural environment.

Both institutions have participated in the presentation ceremony, which took place on October 15, represented by Paloma Martín, Minister of the Environment, Housing and Agriculture of the Community of Madrid and Antonio Yáñez Cidad, President of the Tagus Hydrographic Confederation.

Lack of water
During it, they visited the progress of an initiative that is part of Heineken Spain’s fight against climate change and water scarcity , a problem that directly affects their business since water is 95% of beer and 100% of life .

As Carmen Ponce, Director of Corporate Relations at Heineken Spain points out, “In our ambition to be the greenest brewery, in the Heineken Spain family we have been working for years to combat climate change with less CO2 and more H2O . Water is a An essential element for life and for making beer, that is why our commitment is to return to the basins that feed our factories every drop of water contained in the beers we make in Spain. A commitment that today we are closer to achieving, thanks to public-private collaboration, with nature-based solutions “.

Zero emissions
Heineken Spain’s ambition to make beers that the world, people and planet like, focuses on three battles: achieving zero emissions, maximizing circularity and protecting water sources . With a comprehensive approach that goes beyond efficiency and is concerned with the circularity of water and the water balance, taking into account the incalculable value of water for the economy of each territory, since water scarcity affects health, to education, equality, food, the economy and even the employment of people.

SDG 6
Thus contributing to SDG 6 (guarantee water and sanitation for all ), one of the most important pillars of the United Nations 2030 Agenda, the Decade for the Restoration of Ecosystems and the future of Spain, where more than 75% of the Territory is at risk of desertification and forecasts point to sharp cuts in water supply by 2040.

As a result of this commitment, Heineke Spain has been working for years to take care of water sources. It currently uses 3.37 liters of water to make one liter of beer and intends to continue reducing this amount to limit it to 2.6 liters of water by 2030.

Its efforts to consume less water are focused on cleaning and maintenance processes in factories, to which 1.8 liters of water are used per liter of beer (31% less than in 2008). This water is already 100% treated to return it to the environment with the necessary quality.

Return the water
But there is a part of the water, the one contained in the bottle and the part that evaporates in the process of making (1.5 liters of water per liter of beer), that Heineken cannot stop consuming. That is why it has assumed the responsibility of also returning this amount to its source , through nature-based solutions, so that its four factories achieve neutral water balance.

This is how the Doñana, Albufera and Jarama projects arose , three initiatives located in ecosystems of high ecological value that will restore all the water contained in the beers made by Heineken Spain to the basins of the Guadalquivir, Júcar and Jarama rivers.

Zero water balance
Thanks to these projects, the brewery already has a neutral water balance in Andalusia and the Valencian Community and this same year it will make its commitment at the national level to the Jarama Project, which is being developed in Madrid, a reality. Making Spain the first European Heineken country to do so, almost a decade before the date that the company has set itself globally for countries with high water stress such as Spain.

Jarama project
The actions of the Jarama Project focus on the banks of the Jarama River as it passes through Belvis, in the municipality of Paracuellos del Jarama and less than five minutes from the Heineken factory in San Sebastián de los Reyes (Madrid).

Thanks to this initiative, the equivalent of all the water contained in the beers made in this factory will be restored in a natural way to the Jarama river basin , helping it to recover its optimal fluvial state. In addition, it will benefit the aquifer and the biodiversity of the Belvis del Jarama lagoons , a protected natural space included in the Catalog of Wetlands of the Community of Madrid and in the National Inventory of Wetlands.

Seasonal lagoon
To achieve this, Heineken is removing a 140-meter section of the wall that prevented natural flooding from the Belvis del Jarama floodplain, an artificial construction erected at the end of the last century. Now, when the river rises, it will turn this plain into a seasonal lagoon : a new natural reservoir of water that will recharge the aquifer and underground reserves with 500 million liters of water each year, an estimate that has the scientific endorsement of the University Complutense of Madrid.

Its benefits also include a lower risk of flooding for nearby towns , by reducing the maximum flow of the river, as well as a better quality of the water, which after being filtered by the soil, rises to the surface and remains in the territory, improving the status of the permanent lagoons of Belvis and multiplying the water surface by 10, which will increase from 4 to 50 hectares.

In addition, it contributes to conserving the wetland by favoring biodiversity and the habitat of animals such as the gray heron and endangered species such as the marsh harrier or the kingfisher. To do this, Heineken Spain will clean the area of ​​residues and invasive and exotic plants and will repopulate it with species of native freshwater flora and riverside plants such as willows, poplars and elms resistant to grafiosis. In addition, it will create shelters for insectivorous birds, insects and amphibians.

The Jarama Project is an excellent example of the relationship that unites the Heineken Spain family with Madrid since the beginning of the 20th century, betting on sustainability to contribute to the progress of its people.

Here are the offices of the company and its factory in San Sebastián de los Reyes, the only factory of a large brewery in this Autonomous Community and a European benchmark for Heineken in volume and innovation, which will be zero emissions by 2025 .

In it, 3.2 million beer canes are made a day from brands such as Cruzcampo, Heineken, El Águila or Amstel , with the power of the sun (100% renewable electricity), local ingredients (almost 75% of them from crops of sustainable origin) and water from Madrid from the Canal de Isabel II, which returns to its channel keeping intact its balance with the water cycle thanks to initiatives such as the Jarama Project.

Cases In Which You Contribute To Social Security Even If You...