HomeNewsHalloween Is The Economic Resurrection Of Nightlife 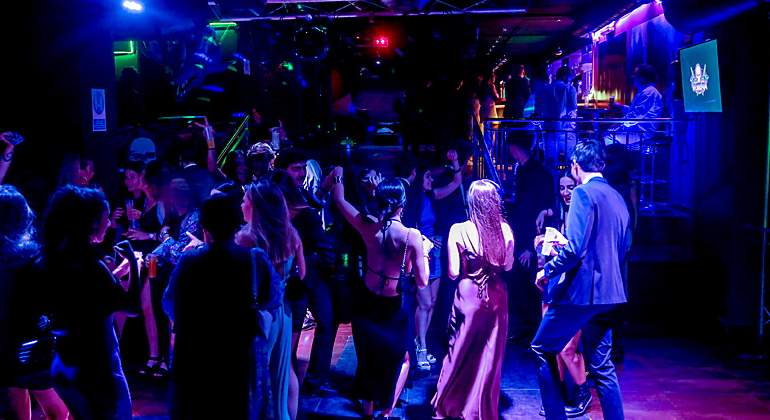 In mid-summer, 70% of nightlife venues in Spain, according to figures from Spain by Night, were still closed despite the de-escalation. The restrictions in the different autonomous communities did not allow the majority of nightclubs, discos and bars in our country to remove the “temporarily closed” sign since they were not adapted to what the health authorities of their respective territories required of them. .

At that time, the owners of the Spanish discotheques were satisfied with the request for the European vaccination certificate to be able to access their establishments, but “that this was not just another restriction”, that is, they wanted that paper to help them raise the other restrictions.

Now the data on infections of Covid-19 are favorable, the incidence begins to stabilize and hospitalizations do not saturate the health system. This is due to the fact that almost 80% of the population is vaccinated with the complete schedule, a percentage that is also repeated among young people between 20 and 29 years old, the main audience of this type of premises.

Due to this, the autonomous communities have begun to lower the restrictions in this type of premises, increasing capacity to 100% even on terraces, allowing bar consumption indoors and always allowing people to dance with the mask on and respecting the safety distance.

Against this background, the Spanish Federation of Leisure and Entertainment Entrepreneurs, Spain by Night, sees that the Halloween party is that turning point to start its economic recovery, “more important than Christmas 2019”, they say.

According to the latest data provided this past August, of the 16,000 leisure venues that were federated in this association – cocktail bars, party rooms and the like – more than 40% had closed and they expected to reach the end of the year fifty%.

Now, 86.4% of leisure venues have resumed activity, that is, there are 14,250 nightclubs, nightclubs, concerts that have opened the blind throughout the month of October as a result of the flexibility of restrictive measures and the recovery of the dance floor, the schedules, the bar service or the possibility of being able to remain standing.

Good forecasts
At the moment the locals are accounting for the profitability of the holiday and have not yet provided the results of the night of the dead, but they are more than satisfied, they have assured.

According to the forecasts provided by the employer’s association, the activity of this type of premises increases linearly by 50% during the Halloween festival in general terms. More specifically, at the level of hiring of personnel, their workforce rises from 54.8% – figures that they managed until now – to 82%, which will mean employment for 30,700 people, they figure.

And as the full moon calls a werewolf, these types of venues expect to be the full moon of the public and their forecasts pointed to the activity increasing from 50% in recent weeks to 74.7%, which would represent a total of 2 , 5 million people celebrating this holiday throughout the Spanish geography.

Finally, the sector was quite optimistic with the billing, since its hope is to open the box after the hangover and that its collection goes from 50.3% that they managed until now to 75.4% during the weekend, which which would mean a turnover of 700 million euros for the sector.

Thus, the sector has spent celebrating Halloween for three nights in a row -Friday, Saturday and Sunday-, under an awareness campaign to remember the need to continue using the masks in the entertainment venues under the slogan Remember, put on the mask! .

The increase in hours and capacity has been an oxygen pump for the sector
Thus, the bosses took these three nights with optimism and recall with nostalgia that before the pandemic 66% of the locals held themed parties during the night of the dead and that this year this percentage increased to 80% due to the hope of that this serve as that oxygen pump that they lacked for their economic recovery after two years of a pandemic that they have described as “disastrous.”

Today, it is time to reserve and pass the hangover of the festivities to see if all your forecasts have truly been fulfilled and if this has truly served to recover from everything that happened previously.

But there is still much to be done for the recovery to take place completely, but what is clear is that the demands that they claimed last summer have been fulfilled and they have recovered capacity, schedules and the dance floor and, therefore, the More than 9,500 small and medium-sized companies that make up this sector have been more favored since what they claimed was that they could provide “a safe leisure” that allows “avoiding illegal parties and bottles”, a matter that still brings to mind numerous local administrations, especially in Madrid and Barcelona.

Duque Caught Between Negotiating The End Of The Protest