HomeNewsGovernment Gives Up And Will Reform The Electricity Tariff To Avoid Its... 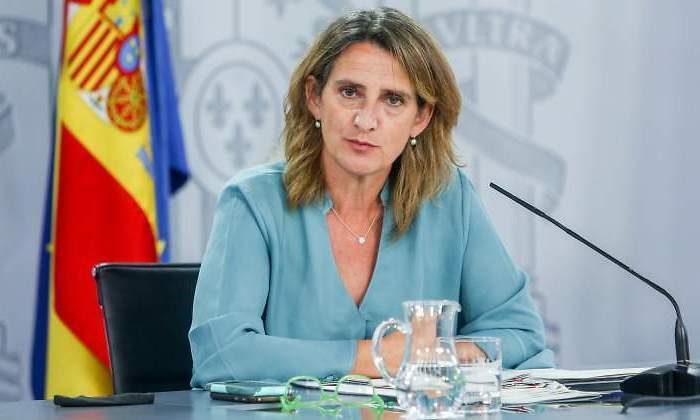 The Ministry of Ecological Transition gives up and confirms that it will reform the price formation of the regulated tariff in Spain, as electricity companies have requested for years. The Government will formally take this step, predictably, at the end of this year, since for the moment it is going to submit to public consultation the formula it intends to adopt and will keep it open until October 22.

In the recent decree by Ribera, in which 2,600 million are confiscated from electricity companies, the Government already included the first step for this measure, which consisted in the launching of capacity auctions for large industrialists and trading companies.

This measure, which has already been foreseen since then, was going to represent 10% of the new basket of products that will serve to set the price of customers who remain in the regulated market, but the growing price increase has forced the Government to accelerate the adoption of measures to try to contain the growing social pressure.

Ribera assured today that “he has convened on Monday the associations of the industries that consume more energy because I want to listen closely to their concerns and recommendations, because we have to be very aware of them.”

Large industrialists have protested energetically this week against the strong increase in prices that their companies will foreseeably begin to notice from next year and that, according to studies carried out by Bank of America, could lead to price increases of between 50 and 70%.

The vice president explained that on Tuesday she will meet with “the council of consumers and users to have a conversation with them, because it is true that one of the domestic rates, which we believe is the most competitive according to the data of the last six years, it is indexed to the evolution of the wholesale market, the so-called pvpc (the Voluntary Price rate for the Small Consumer), the cheapest and the one that is currently suffering the greatest volatility “.

The vice president indicated that “there are those who recommend corrective measures and also many associations view these changes with reluctance, so I want to be able to talk with them and have their first-hand input on how they value, what concerns them, what recommendations they make,” he added in statements collected by Efe.

“Today we make public information a prior consultation for an eventual change in the regulation of this rate and on Tuesday I will speak with consumers. We have no problem, on the contrary, it is essential to work with the different sectors, industrial and domestic consumers and our own power plants to be able to rise to the occasion in a crisis that is not only Spanish and that is terrible in terms of the price spiral, as has never been seen before “.

The Government’s decision comes just after the price in the wholesale market had reached 216 euros / MWh and with the futures for next week already pointing towards 250 euros, an extreme that left the entire crash plan in place. launched by the Government just 15 days ago.

Ribera’s measures have also been considered very controversial both by the main Spanish electricity companies and by the large global infrastructure funds that have even filed a formal protest with the European Commission.

The situation has reached such an extreme that companies such as Iberdrola have decided to paralyze their purchasing processes in Spain to analyze whether the investments they planned to carry out in renewables can go ahead.

The Government is also about to hold a new renewable auction on October 19 and the agents already hoped that with the increase in regulatory risk in Spain, an improvement in the prices of the previous auction could not be achieved.

The Ministry of Ecological Transition asks companies a series of questions in order to develop the reform of the PVPC.

Once the responses have been received, it is expected that the Ministry will have one month to analyze them and prepare its proposal with the intention that in 2022 the new tariff system can be put into operation.

Why is a Healthy Lifestyle Important?