HomeNewsGallego Assures That IAG Will Consider Alliances If Air Europa Purchase Does... 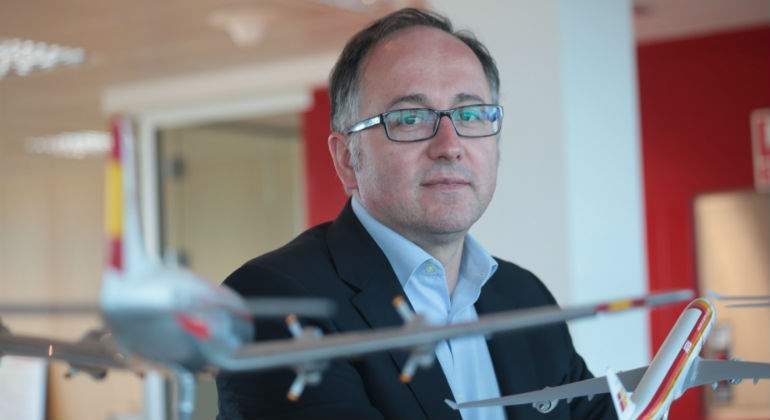 Gallego assures that IAG will consider other alliances if the purchase of Air Europa does not prosper. Brussels investigates whether this purchase violates competition requirements.

The CEO of IAG, Luis Gallego, said this Friday that the Spanish-British airline group will consider possible alliances with operators in Latin America if the European Commission (EC) does not authorize its purchase of the Spanish airline Air Europa.

In a teleconference with the press after presenting the semi-annual results, Gallego assured, when asked about the matter, that IAG – the parent of the British British Airways (BA), the Spanish Iberia, Vueling and Level and the Irish Aer Lingus- “always it has a plan B “, because it is a company that makes” rational decisions. ”

The manager insisted that the purchase of Air Europa, which the EC is currently investigating as it considers that it could violate competition requirements, “is a strategic decision for Spain and will be key to recovery after the pandemic crisis.” The idea would be to develop an operational hub or enclave in Madrid that would allow it to compete with “strong operators in Europe,” he explained.

“It is not an easy agreement,” admitted Luis Gallego, who added: “If we consider that continuing with him makes sense, we will do it. If not, we will consider other strategies.” These strategies would focus, he indicated, on Latin America.

“We have previously had partnerships with Latam and there are other partners in the Latin American region whose relationship we could develop,” he maintained.

During the conversation with the press based in the United Kingdom, the head of IAG assured that, despite the impact of the pandemic on the group, no further workforce reductions are being considered for now , although he did not rule them out for the future.

“We have to adapt the cost of the employees to the capacity at which we are flying,” he said, recalling that in the third quarter they plan to fly at 45% of 2019 capacity, although “there is flexibility to increase it.”

“We are not contemplating layoffs because, right now, we think it will be possible to fly again, as soon as we have travel corridors, mainly between countries with successful vaccination programs,” he said. “But of course we have to see how the situation evolves,” he said.

He admitted that it would be “convenient” for the British and Spanish governments to extend “until the end of the year” the employment protection programs applied during the pandemic, which end in September in the United Kingdom.

However, Gallego pointed out that, together with the unions, the different operators of the group are studying measures to improve productivity in general. “It is clear that this crisis is going to transform the sector, and we have to take measures not only in the short term but also to be more competitive in the long term,” when, for example, a reduction in business trips is expected, he said.

Amartya Sen, The Economist Who Worked The Most To Eradicate Poverty