HomeNewsFunds And Values To Stay Stable In A Rough Sea Mark1199 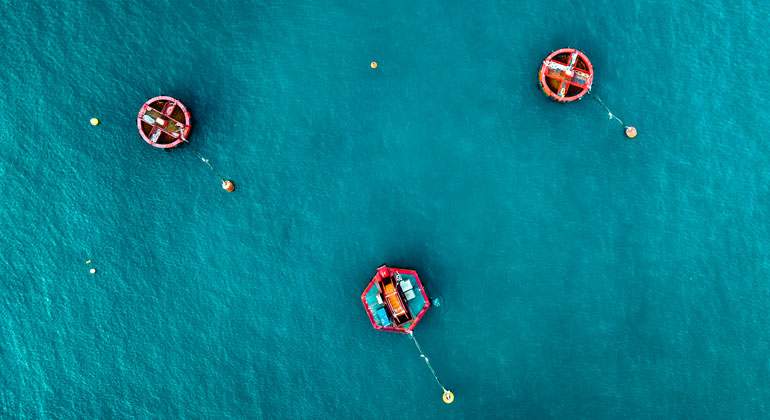 In the brutal Covid crash , between February 18 and March 23, 2020, the MSCI World plunged 34.1%. Its low volatility version, the MSCI World Minimum Volatility Net Total Return, lost 5 points, down 29.2%. But this low beta version also took considerably longer – a whole year – to regain the pre-Covid level, (the MSCI World did it in 8 months).

Beta is a measure of relative risk that is used to measure the correlation of a security with its reference index , so that the lower it is, the better it will withstand market declines, and vice versa, in rises it will also rise less.

In bull markets, companies with a beta greater than 1 are usually the best allies of those who want to amplify the movements of the stock markets and aspire to earn more; while in moments of uncertainty, betas below 1 can be good accomplices for those who want to live in peace.

The big ‘peaks’ in the Vix are generated by stock market crashes, which tend to be much more abrupt than the rises, explains Susana Felpeto, from Atl Capital

Big rises in the VIX (the so-called fear index, which measures volatility) occur primarily when the market falls sharply, not when it rises. The reason is that the crashes are usually much more abrupt than the climbs.

“It makes sense”, explains Susana Felpeto, director of Variable Income at atl Capital, “because the market is trading expectations, and when there is a feeling of insecurity the investor wants to make liquidity as soon as possible; on the contrary, to take positions again it’s something much more progressive. ” Investing in low-volatility stocks is aimed precisely at escaping such vertical drops.

“I think we are currently at a good time to have low volatility funds,” says Felpeto, who comments: “There is an economic recovery taking place, so at the same time we are closer to a normalization of monetary policy by of the central banks; that does not mean that it will be this same year, or the next, but it would be logical to think that there is less time for these organizations to stop buying so many assets, and for the rate hikes to begin, all this associated because inflation is experiencing some kind of movement, when in the last decade it has not even been talked about “.

This withdrawal of stimuli, explains the expert, “affects, in the very short term, the markets; no matter how much an improvement in the economy is taking place, the market, from the outset, may suffer some kind of adjustment “.

If so, the appropriate thing is “to be in low volatility securities, which tend to be higher value securities , which tend to have less debt, so that these types of rate movements should affect them less,” he clarifies, although he also points out that, When it comes to betas, there are no black and white .

More declines expected
The last meeting of the central bank of the United States did not alter the markets , which especially on this side of the Atlantic have not just taken off, and continue to face the risk of suffering further falls. The market still has two big waves to surf in the month of August: on the one hand, the possible movements that may occur in Jackson Hole and, on the other, the falls of the Chinese market.

From a technical point of view , Joan Cabrero , the technical analyst and advisor to Ecotrader ( elEconomista’s premium investment portal ), explains: “It is still not ruled out that we may witness a broader consolidation in the coming weeks, especially if at On the other side of the Atlantic, the main indices consolidate part of the last and strong advances, something that would not surprise us “.

Low Betas on the Ibex
Also from Renta 4 include that concept of low beta in their current portfolios. Natalia Aguirre, Director of Income Analysis and Strategy 4 Banco explains it: “If the vision is medium-term and in our base scenario, it continues to be one of recovery (even though said recovery may be less intense than initially expected, although we already expected bumps), the investment portfolio should be a combination of cycle (60%) and defensive (40%), the latter generally associated with low beta “.

Within the benchmark index of the Spanish stock market, Aguirre points out that this defensive 40% could include stocks such as Cellnex, Grifols, CAF, Dominion, Talgo, Logista, Endesa, Zardoya Otis, Iberdrola or Ebro Foods .

To Cellnex, and in general to companies “in continuous growth”, also points out José Ramón Boluda, director of investments and products and senior portfolio manager of Singular Bank, who explains that “the measurement of the beta of certain values ​​can give us useful information to when building a portfolio. ”

According to FactSet, the telecommunications tower operator has one of the lowest 10-year betas of the Ibex 35. In this group of values ​​that are not very close to the index, we also find the manufacturer of packaging for the meat industry Viscofan, the manufacturer of blood products Grifols , Almirall, Red Eléctrica, Enagás, Fluidra, Endesa, PharmaMar and CIE Automotive (see graph).

On the other hand, the securities that, with data corresponding to the last 10 years, have overreacted the most to the movements of the Ibex, are ArcelorMittal, ACS, Bankinter and Sabadell.

In any case, in the short term, Boluda explains, the data may be “influenced by the polarization that the market has had in recent years between growth assets (which in theory should carry greater risk) and that have been the favorites of investors and those with more recurring magnitudes that have been penalized by the investment community “.

The expert’s recommendation, in any case, “would be based on a broader asset selection process, in which sector diversification would allow us to access all types of companies; diversification as an average risk remains a basic factor”, comments.

Boluda also points out that, although low betas have traditionally been related to defensive stocks and companies with their business in a mature cycle, the coronavirus pandemic that we have experienced has altered prices beyond the fundamentals of the companies themselves. Hence, it is currently possible to find very high growth stocks with low betas, and it is no longer entirely correct to associate low betas with low-growth and defensive companies.

Spanish stock market funds
If we stick to the products of Spanish market, the most profitable among those according to Morningstar data, they have a lower standard deviation from the average is the BPI Iberia Class R GIF .

Among its heavyweights, values ​​that, curiously, do not sneak into the low betas: BBVA, Iberdrola, Inditex and Amadeus. Obtains 3.6% annualized to 3 years. To make this selection, the products available for sale in Spain, in euros, have been taken into account, which show, according to Morningstar data, a standard deviation below the average.

It is followed by March International Iberia Class A EUR , with 2.3%. Cyclical consumption has an important weight in it, and among its main values ​​are Arima Real Estate Socimi, BBVA, Edreams and Alantra Partners.

A timid 0.54% annualized is recorded in the three- year period in the Gesconsult Renta Variable A FI , a product in which the two largest weights do have two values ​​that are among the traditional low beta: Cellnex, which weights a 6, 4%, and CIE Automotive, with 5.5%.

In fourth place, with a revaluation of 0.25%, is the Fidelity Funds – Iberia Fund E-Acc-EUR , a fund that has outperformed its category (Spanish equities) in four of the last five years, although not it is doing so in 2021. Among the companies with the most relevance in the portfolio there are also stocks that over the last 10 years have been detached from the behavior of the index, such as Grifols and Fluidra.

The most profitable global
If we look at those global equity funds with below-average volatility, a product of Degroof Petercam, the DPAM INVEST B – Equities World Sustainable A Dis , stands out due to its annualized 3-year yield , which is 17, 7% annualized in the three-year period, and which has a very relevant weight in the technological, health and financial sectors. Among the companies with the most weight in the portfolio we find such well-known names as Microsoft, Adobe, Nvidia or PayPal.

In second place is the Legg Mason Martin Currie Global Long-Term Unconstrained Fund Class A Euro Accumulating , a product that is labeled in the RV Global Cap category. Grande Growth , according to Morningstar, which it has beaten in four of the last 5 years, including the current one.

Technology, health and consumer cyclicals are the sectors most present in the portfolio, in which the United States weighs 35%, the euro zone 19% and Emerging Asia 10%. The stocks with the most relevant positions are Taiwan Semiconductor Manufacturing, WuXi Biologics and Kinsgpan Group.

The third with the best annualized record in the three-year period is the Cape Equity Fund Internal A EUR , which has consistently beaten its category (global equities, large blend ) since 2017. Industry, health and technology have a specific weight, and in In terms of securities, Carrier Global, Hitachi, Essilorluxottica and Air Liquide stand out.

A Single Investor Triggers Uranium Price In The Middle Of Energy...