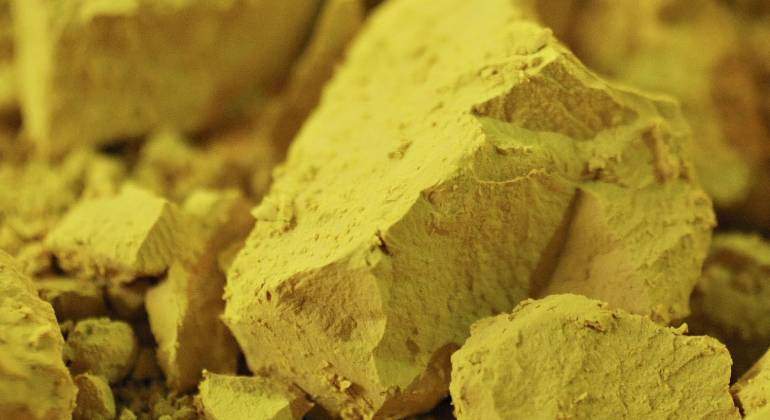 Uranium is the last raw material that joins the price tension that the energy market is going through. The metal’s price is up 5% today to $ 42.40, according to Chicago’s CME commodities market. It is trading at 2013 highs and was up more than 9% last week, but the previous week it was 14%, the biggest weekly rally since the Fukushima disaster. But the reasons are not to be found in the sudden increase in demand. Rather, in the voracity of a fund that invests in physical uranium and that already accumulates almost a third of the market.

The uranium market moves based on the distrust generated by nuclear energy, the main factor in demand for this metal. Since the accident at the Fukushima nuclear cathedral, its price had not stopped falling and had stabilized above $ 20 an ounce . Most developed countries embarked on a journey of no return to begin dismantling nuclear power plants.

Until recent weeks , uranium had gone unnoticed in the current energy crisis that most countries are going through after the pandemic. First it was oil and now the price of electricity, they are growing rapidly, while economies pick up speed in reopening.

The natural gas and coal are soaring electricity prices across Europe and nuclear power plants are the energies that represent a low cost for consumers. However, the rise in the price of uranium does not correspond to sudden plans to build new nuclear power plants to help control prices.

A fund accounts for almost a third of the physical uranium on the market
A single investor is moving the price by keeping large amounts of physical uranium. The investment firm Sprott is one of the few managers that invest in raw materials but in cash. Your funds buy physical gold, silver, or platinum, rather than using futures contracts.

Earlier this year he launched his own uranium fund, the Physical Uranium Trust. Sprott more than 24 million pounds of uranium, sometimes buying more than half a million in a single day. Which represents practically a third of the market. The total volume that was traded on the spot in 2020 amounted to around 92 million pounds. The main buyers are usually countries to supply their nuclear power plants.

“In a world moving toward decarbonizing economies, there is a certainty that nuclear power must be part of the energy solution,” John Ciampaglia, CEO of Sprott Asset Management, recently commented. The firm is not the only one that is committed to a green future thanks to nuclear energy. Yellow Cake, another firm that bets on physical uranium explains its strategy as “buy and hold to have maximum exposure while waiting for the resurgence of the market.”

How does the market work?
In the uranium market, there are mainly energy companies that use uranium for electricity production and investors that seek to speculate with the metal.

Companies usually purchase uranium under two-year futures contracts, which usually have high reserves. Current prices do not represent a risk of an increase in energy production costs.

But Trotta analysts are confident that as they use up the stock they will have to renew supply contracts and prices will reflect a shortage of supply. The annual production of uranium amounts to 140 million pounds, while the world consumption of nuclear power plants amounts to 175 million.

Uranium prices must rise further to meet the restart of production and meet demand in 2023, according to analysts at Raymond James Financial. Earlier this year, NAC Kazatomprom JSC, the world’s leading uranium miner, said it would keep its production at low levels until 2023, so supply is not expected to increase.