The decision of the vice president of Junts, Elsa Artadi , not to be part of the next Government in which it was taken for granted that she would be the vice president has served to fuel internal tensions in JxCat regarding the election of the leaders that will make up the Executive of coalition chaired by the Republican Pere Aragonès . Artadi’s decision, advanced by ‘La Vanguardia’, is based, according to his own argument, on the will to honor his promise to fulfill his mandate as councilor in Barcelona. A decision, he adds, thoughtful and not easy, but that opens even more the melon of who will be vice president and who will be ‘consellers’ in a game with many bobbin lace to do.

In addition, Artadi’s determination may have to do, according to party sources, with the fact of not wanting to be under Aragonès’ orders, who would thus suffer his first rudeness without having yet taken possession.

It should also be remembered that JxCat number three showed positions at some point different from those of the party’s secretary general, Jordi Sànchez , during negotiations with ERC, on issues such as whether or not to give Esquerra four votes to invest in Aragonès even without a coalition.

Some version of the Junts environment points out that perhaps the JxCat spokesperson is also upset with these discrepancies, and they reproach that she has caused certain tensions with the Republicans. In contrast, the environment of the mayor maintains that Artadi spoke at all times on behalf of the party.

Sources close to the Junts leader admit that the decision has weighed the will not to be under the orders of Aragonès, who thus suffers his first rudeness

Artadi has held conversations with the ‘expresident’ Carles Puigdemont and with Laura Borràs , president of the Parliament and former candidate of the Junts, as well as with Sànchez. According to the version of the aforementioned sources, the response of the leaders has been sympathetic to the decision.

In any case, by erasing himself from the Government, Artadi complicates a little more the difficult braiding of balances in Junts.

From the outset, the decision on who will be the ‘councilor’ will be the result of the balances between Sànchez, Puigdemont and the ‘ex-councilors’ Jordi Turull and Josep Rull . From here on, the first decision will correspond to the vice-presidency.

Opts for her, due to her economic profile, is the current ‘Minister’ of Business, Ramon Tremosa . But it is about a more liberal attitude than Artadi herself, a free spirit, far from the tone and content that Aragonès wants to print to the Government. Tremosa would represent a bet far from the progressive latitudes of Sànchez.

Another name that could run for the position would be that of Damià Calvet , but it should be remembered that his convergent origin has not helped him, as demonstrated by the severe defeat suffered by Laura Borràs in the primaries to choose the electoral candidacy.

In addition, Calvet is the current head of Territori, an area that will now be absorbed by Jordi Puigneró’s Digital Policies department . From there, the gender factor must also be taken into account for the vice presidency because at least three of the seven JxCat seats in the Government have to be occupied by women.

The slam of the door hinders the fittings between sources, families and territories in Junts to distribute the seven portfolios of the coalition Executive with ERC

Next to the vice-presidency, the rest of the portfolios do not have an assigned name. Josep Rius could be the owner of Exteriors. He is, like Artadi, a person absolutely loyal to Puigdemont. And without the councilor in the Executive, he would represent the direct bridge with Waterloo. However, other names would also exercise this function.

What is being resolved in Junts in these pools is the battle between moderate profiles and management , such as Calvet, Meritxell Budó or Miquel Samper, compared to other names more linked to the dialectic of confrontation . To this must be added that certain territories, such as Girona, will claim their quota based on good electoral results, and the deputy Gemma Geis could be ‘councilor’. In case the combinatorics were not complicated, the claim of the municipal world of Junts and commitments already acquired such as that of the Health area for Josep Maria Argimon , current Secretary of Public Health, should be addressed . 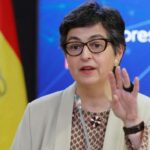 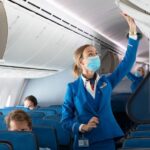