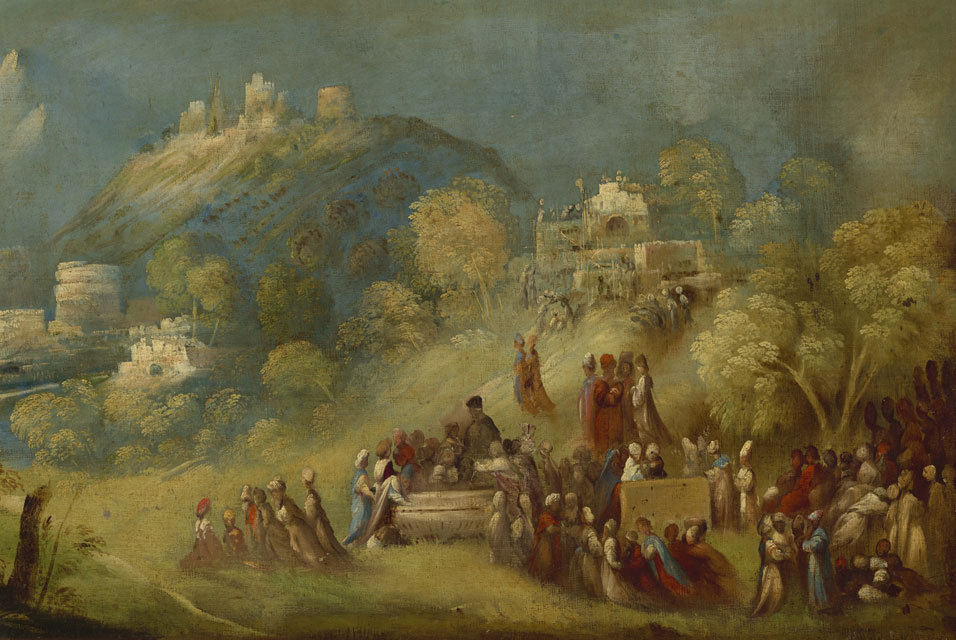 This painting completes the story depicted in the right half of Dossi’s “Aeneas and Achates on the Libyan Coast” (c. 1520), acquired in 1939 as part of the Samuel H. Kress Collection.

These paintings are stylistically similar and present common motifs that show the continuation of the myth from one painting to another. Both works show Dossi’s highly imaginative style, with free brushwork figures in a myriad of colors set in lush green landscapes dotted with pseudo-classical buildings.

The work was originally part of the decoration of the dressing room of Duke Alfonso d’Este, in his castle of Ferrara, which contained one of the most important mythological cycles of the Italian Renaissance.

The dressing room decoration included five large canvases with pagan themes by Giovanni Bellini, Titian and Dosso Dossi. Above the main paintings, a frieze painted by Dossi depicted scenes from Virgil’s Aeneid, which tells the story of Aeneas, who founded the state of Rome after wandering for seven years after the Trojan War.

Two paintings from the dressing room of Duke Alfonso d’Este are already in the collection of the National Gallery: “The Feast of the Gods” by Giovanni Bellini and Titian (1514/1529) and “Aeneas and Acates on the Libyan Coast” by Dossi (c. 1520).

“The Trojans Building the Temple of Venus at Erice and Making Offerings at the Tomb of Anchises” and the other nine panels of the Aeneas frieze were acquired by Cardinal Scipione Borghese in 1608 and remained in his family for two centuries before the collector Spanish Pascal Madrazo bought them between 1803 and 1819.

The Madrazo collection catalog, published in 1856, indicates that the frieze of Aeneas was intact until 1856, when it was registered among the possessions of José de Madrazo y Agudo (1781-1859), former court painter and one of the first directors of the Prado Museum in Madrid.

Peter Barzilai is a high school pitcher and college rower turned longtime World News journalist. Peter has also written for Buzz Feed and Huffington Post and many other major publications, Peter Loves everything about sports and loves to write on trending topics and he is WideWorldMagazine member since 2017. 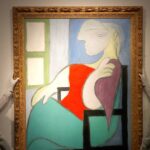 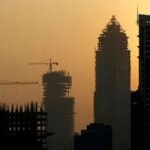