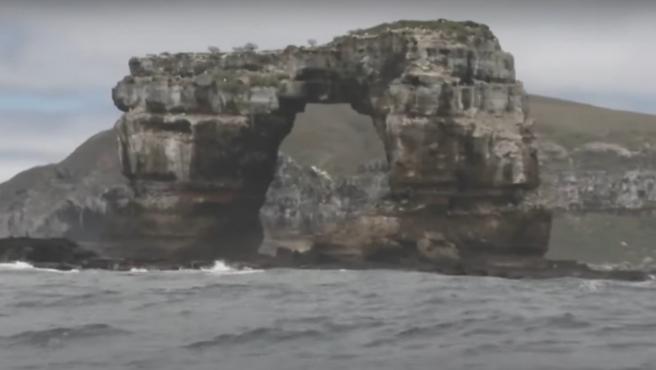 This giant formation, similar to the Arc de Triomphe, was regularly visited by tourists and a site where diving activities were used to be practiced , according to tour operators in the area, who have not reported victims or other types of damage.

This Monday “the collapse of the Darwin Arch, the attractive natural bridge” located next to Darwin Island, the northernmost of the Galapagos archipelago, was reported as a “consequence of natural erosion,” the Ministry said in a Twitter message. .

What would happen if there was no moon
The so-called Darwin Arch is a natural stone that at some point was part of the island of the same name , which there is no way to visit by land, due to the protection of the biodiversity of the Ecuadorian archipelago.

However, the site is “considered one of the best places on the planet to dive and observe schools of sharks and other species ,” the Ministry explained.

According to images captured by tourists, it seems that the lintel of the Arch of Darwin collapsed and only the pilasters of the formation have remained.

At this site, after a dive, you can see sharks, sea turtles, dolphins, countless species of fish and even whale sharks , indicated tour operators in the area.

Diving specialists have described this place as the best in the world for this activity and called the dive as “the theater” , because the visitor could remain still, clinging to the rocks below the surface, to watch the spectacle of the Marine species.

This archipelago, emerged from underwater eruptions, is located in one of the most active volcanic areas on the planet , and is also subject to great seismic activity.

The Galapagos Islands, which were declared in 1978 as a Natural Heritage of Humanity by UNESCO, are located in the Pacific Ocean about a thousand kilometers west of the continental coasts of Ecuador.

This archipelago, made up of 13 large islands, 6 smaller and 42 islets, is considered a natural laboratory that allowed the English scientist Charles Darwin to develop his theory on the evolution and natural selection of species. 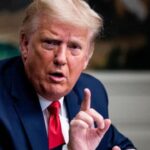 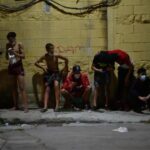